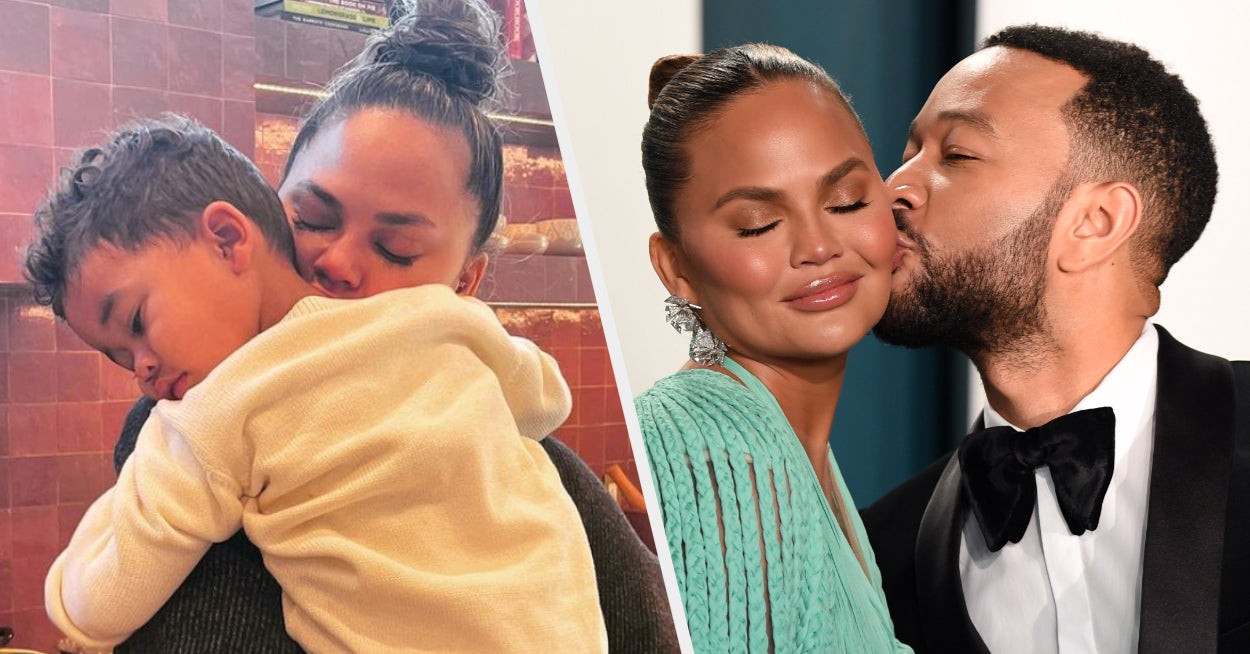 Chrissy Teigen is raising her son to embrace his emotions, explaining in a recent interview that she and husband John Legend make a conscious effort not to force harmful gender stereotypes on their kids.

Speaking to People for the magazine’s Beautiful Issue, Chrissy revealed the couple’s 2-year-old son Miles is “very emotional,” and “wears his heart on his sleeve.”

“We embrace that,” Chrissy said of her son’s character.

The 35-year-old went on to compliment her husband’s parenting skills, saying John is great at teaching their kids that there’s no “right way” to “be a man.”

Chrissy’s comments come after the model and cookbook author shut down suggestions that it was “weird” and “inappropriate” for her to share a photo of herself topless with her 2-year-old.

Chrissy shared the photo on Instagram last month, joking in the caption that Miles had crashed her thirst trap photoshoot.

And while plenty of commenters praised the photo, saying it epitomized the realities of being mother to a toddler, it did raise criticism from several others, who said it was “inappropriate” and suggested Chrissy needed “better boundaries” with her child.

Chrissy wasn’t here for the comments, though, responding to one person who defended her with a jokey: “Wait til [they] find out we take baths together.”

And, after her response, plenty of people took the opportunity to praise Chrissy for teaching her kids to be comfortable in their bodies.

“If we don’t teach little boys that women’s bodies are shameful, then they won’t grow up to think that they are,” one commenter wrote. “Love how open you are with your parenting style/moments!”

Another person simply said: “Anyone who finds this weird needs to examine their own hang ups.”