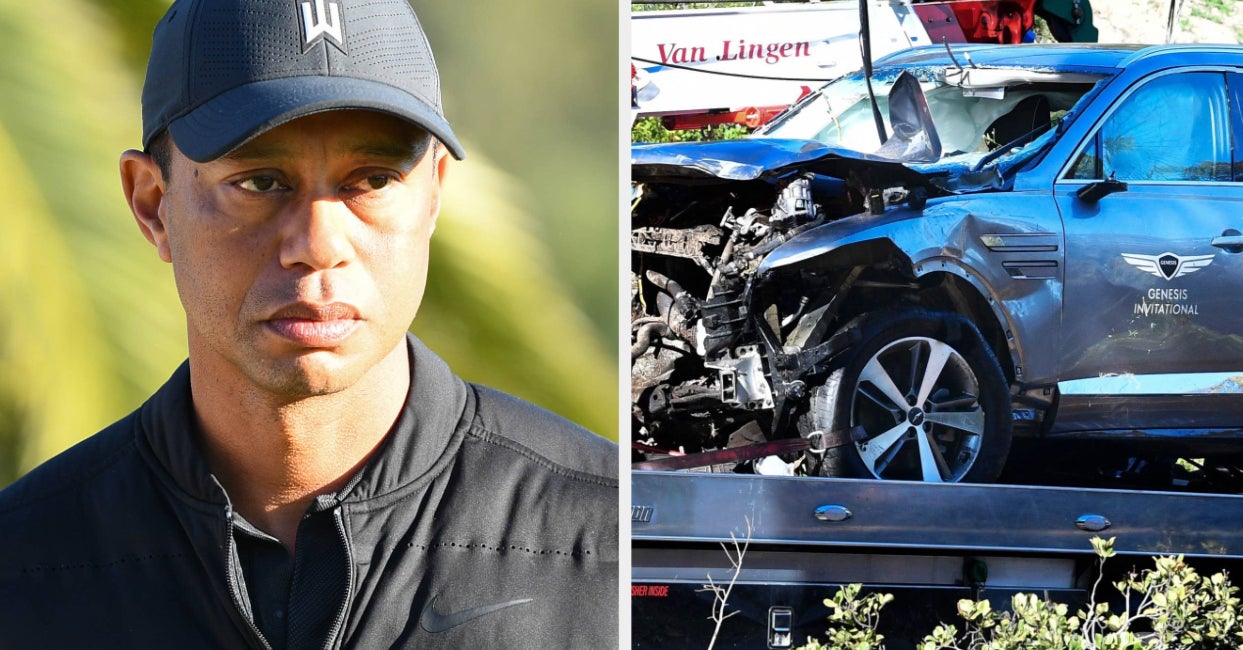 
Tiger Woods was driving some 40 mph over the speed limit when he crashed his SUV in February, seriously injuring himself, authorities announced Wednesday.

Los Angeles County Sheriff Alex Villanueva told reporters that investigators had determined the golfer was driving at estimated speeds of up to 87 mph in a 45 mph zone.

Villanueva added that there was no indication Woods was impaired by drugs or alcohol at the time of the crash and hit back at suggestions that the celebrity athlete received special treatment by not being tested at the scene.

“That is absolutely false,” he said.

Sheriff’s Capt. James Powers said deputies who responded to the crash on the Palos Verdes Peninsula did not smell alcohol or observe any open containers or pill bottles.

“Due to his injuries and the traumatic nature of his injuries, it would not be appropriate to do any kind of sobriety tests,” he said.

Investigators did not seek a warrant for Woods’ blood work at the hospital because they lacked any probable cause that he was impaired, Powers added. He also noted that it is not enough to form probable cause simply because Woods had previously been addicted to drugs or arrested in 2017 for a DUI.

Woods was seriously injured in the Feb. 23 crash, which occurred shortly after 7 a.m. local time in the upscale Los Angeles community of Rolling Hills Estates.

Authorities had said at the time that speed appeared to be a factor in the crash, which occurred when Woods hit the road’s center median, sending his SUV rolling over several times across opposing traffic lanes before crashing through a tree.

Court documents showed Wood told deputies he did not recall the crash — or driving the SUV at all.

The champion golfer had to be removed from the wreckage and transported to Harbor–UCLA Medical Center, where he had surgery to fit metal rods, screws, and pins into his legs.

Investigators said data from the SUV shows Woods never applied his breaks during the incident, but instead pushed down on the accelerator — something they believe he did inadvertently.

They did not check Woods’ phone to see whether he was using it at the time of the crash, Powers said.

“It’s not going to change anything,” he said.

Authorities did not issue a citation to Woods for speeding because they said there were no witnesses, police or civilian, to the crash.

The announcement was made after sheriff’s officials had initially declined to reveal their investigation’s findings, citing privacy concerns. However, on Wednesday, they said they had since gained Woods’ permission to release the information.