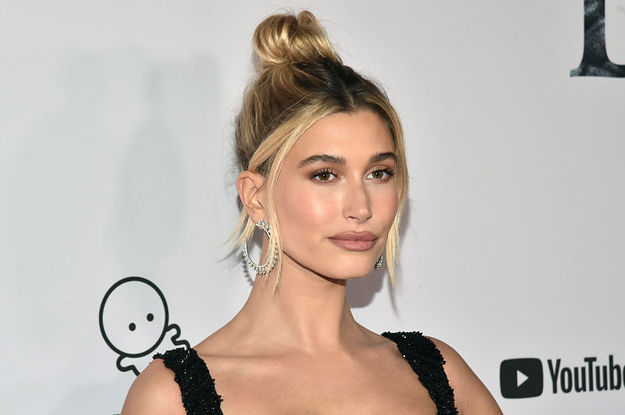 In the clip, former restaurant host Julia Carolan was rating the interactions that she’s had with celebrities over time and she gave Justin Bieber’s wife a “3.5 out of 10” for not being a nice person.

“This is gonna be controversial,” Julia said in the video. “I’ve met [Hailey] a handful of times and every time she was not nice. I really wanna like her but I have to give her like a 3.5 out of 10. Sorry!”

Although Hailey later apologized in the comments section, she said she was actually bothered by the video when she first saw it.

“When I saw [Julia’s] video I was so upset,” Hailey told Dr. Jessica Clemons during a recent conversation on her YouTube channel. “There’s never an excuse for being rude.”

“I felt bad that that was her experience with me, but it made me kind of frustrated because you never know what someone’s going through,” Hailey continued. “I remember going through times in my life where I was so sad, and so heartbroken that like engaging with people felt hard for me.”

“I wish I didn’t act that way towards her,” the model added. “I’m a human and I made a mistake and I acted a way that was out of character for me. I acted in a way that I don’t want to be. I’m trying to do better every single day. I want to continue to grow as a person. I’m open to people correcting me.”

Either way, Hailey is moving forward and working towards being a better version of herself.