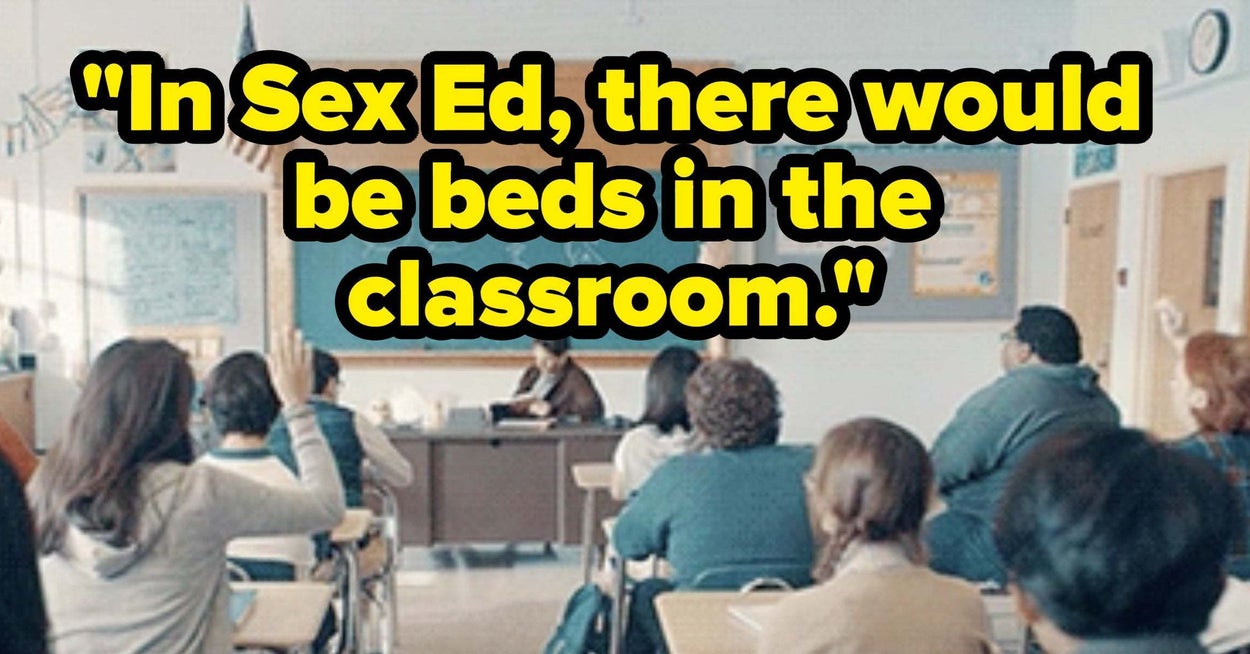 Sex education often comes up short, so it’s no surprise that as youths we craft some interesting theories about s-e-x.

Recently, Redditor u/jjgp1112 asked, “What were weird myths you thought about sex as a kid?” and got a whole big load of responses. Here are some of the best:

“Sex was getting naked in bed and rolling around in the sheets”.

“That since I have only one sibling, my parents only did it two times.”

“I thought kissing on the lips made babies.”

“Whichever parent tried harder would determine the gender of the baby.”

“Sex lasts all night. Like you go into bed and then it is happening until sunrise.”

“Sex was taking your shirt off and laying in bed with your significant other and flexing your muscles.”

“Gay people have sex by bumping their butts together.”

“Losing your virginity meant your penis fell off your body.”

“Sex in vagina would result in a girl, up the bum would be a boy.”

“I thought girls had nothing there and that to pee, a penis would come out of their butt.”

“I thought condoms were like the black censor bars on TV.”

“Sex Ed would be like a sex training class where there’d be beds in the classroom.”

“I never knew the penis went IN the vagina… I thought sex was done hot dog style.”

“Homosexual meant you like to have sex at home.”

“When a girl got eaten out it meant you had to put food in her vagina.”

“In order to get pregnant, the girl’s nipples and the guy’s nipples had to touch at once.”

“Twins are a result of having sex with a pregnant woman.”

“Semen was sprayed in a cloud around a woman because that’s the way my fish did it.”

“Sex was touching butts with a girl.”

“Heavy petting was petting someone like you would a pet, only pressing down harder.”

“A lesbian was someone from Lebanon.”

“Oral was when you fuck someone in the ear.”

“Sex was a guy putting his dick in a girl and then falling asleep with it still in.”

“Your testicles were the baby ‘seed’ and you only had two shots.”

“Sex was people getting under the covers and showing each other their private parts.”

“Sperm was a cord-like thing that snaked out of the penis, touched the egg, then retreated back.”

“In order to have sex, we need to get pee inside each other.”

“If a man touched my belly button I’d be pregnant.”

“That eating someone out involved a spoon.”

“People would just lie together at night naked after they had danced naked.”

“That men and women had to have sex every day she was pregnant so the dad could ‘feed’ the baby.”

“I thought an orgasm was some kind of plant.”

If you don’t want to find out the hard way that some of your sexy beliefs might be all out of whack, check out these resources.

Is there anything you thought about sex that ended up being totally off base? Let us know in the comments!