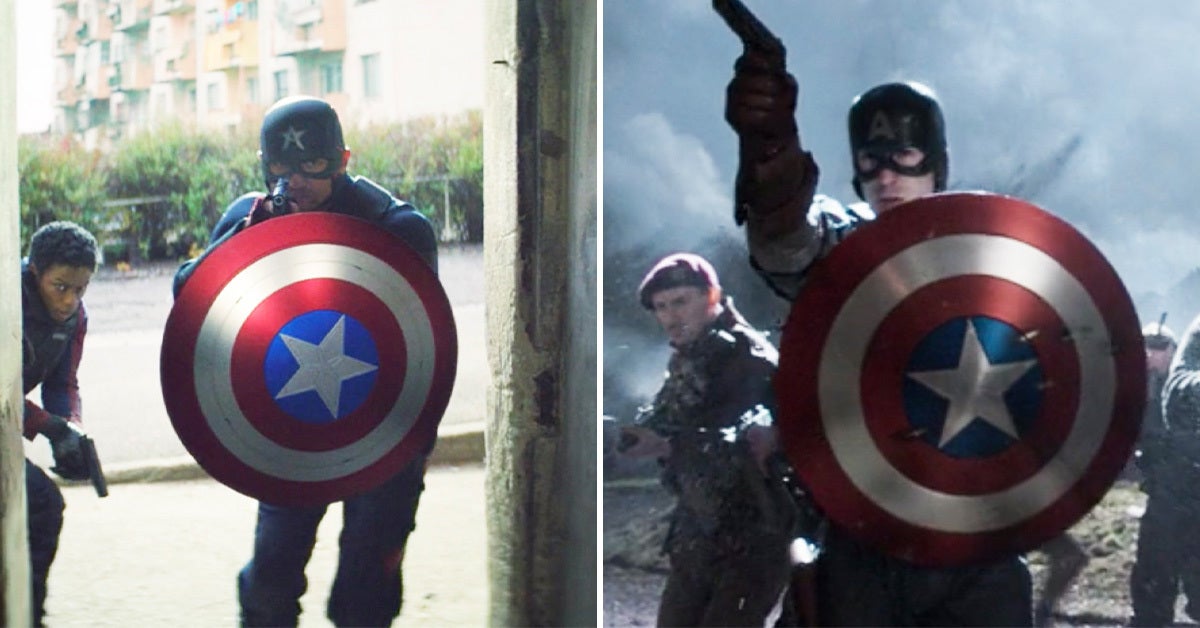 
🚨Warning: There are MASSIVE spoilers ahead for Episode 4 of The Falcon and the Winter Soldier on Disney+!🚨

First, the flashback to Wakanda is set before the events of Infinity War, so if you wanna cry, this is another reason why Bucky was so excited to see Steve when he arrived in Wakanda because he was finally free of the Winter Soldier programming.

When Ayo and Bucky talk in the beginning of the episode, this is actually the first time we’ve heard Bucky speak the language of Wakanda.

Outside of the apartment Sam, Bucky, and Zemo are hiding in you can see the number “23.” This could be a nod to Captain America Vol 5. Issue #23, which is a comic in the Civil War arc that follows Bucky.

Bucky tells Sam and Zemo that he knows when he’s being followed, which is just a great detail that links to the end of Episode 3 when Bucky knew Ayo was watching, but Zemo and Sam had no idea.

You can see that Zemo is wearing a purple sweater, which is a nod to purple being Zemo’s signature color from the comic books.

When Sam is looking for information on Donya, you can spot the Flag Smashers logo throughout the office he walks through, and in the school, you can see children traced their hands on colored paper, which is another nod to the logo.

Zemo mentions his son in this episode, and of course, the death of his son and wife in Sokovia was Zemo’s main motivation to take down The Avengers in Captain America: Civil War.

Okay, we see Sharon briefly in this episode, and I’m really loving the theory that she could actually be the Power Broker (or is working with them). I mean, she’s doing pretty well for herself in Madripoor and is very interested in Karli.

Sam mentions that he used to council soldiers dealing with trauma, which was first mentioned in Captain America: The Winter Soldier when Sam and Steve met.

Hoskins tells John Walker he would take the super soldier serum if given the chance, and in the comics, Hoskins does become a super-soldier thanks to the Power Broker’s experiments.

Also, Hoskins talks about how the serum only enhances the traits of a person, which is a direct callback to Dr. Erskine’s speech from Captain America: The First Avenger.

When Sam gets a text from Karli, his phone reads “3:12 p.m.,” now I love my Marvel numbers and this is probably a nod to Captain America #312, which is the comic that introduces the Flag Smashers.

When John Walker busts through the door while looking for Karli, it’s very similar to the shot of Steve and the Howling Commandos going into battle for the first time together in Captain America: The First Avenger.

Bucky’s little knife flip is a great nod to his knife flip from Captain America: The Winter Soldier that fans, myself included, absolutely love.

Hoskins death doesn’t happen in the comics, but in the show it’s an interesting parallel to Steve losing Bucky. Of course, John losing his BFF causes him to go on a murderous rampage, unlike Steve, further highlighting their differences.

John Walker killing a Flag Smasher with the shield is the first time there has been blood on Captain America’s shield. In the comics, Walker actually kills Professor Power while he’s Captain America, which is one of the few times Cap has killed anyone.

And finally, throughout the episode and of course at the end, you see everyone filming Walker’s actions on their phones, which links to the episode title “The Whole World Is Watching.”

Absolutely obsessed with The Falcon and the Winter Soldier? Check out all of our coverage here.