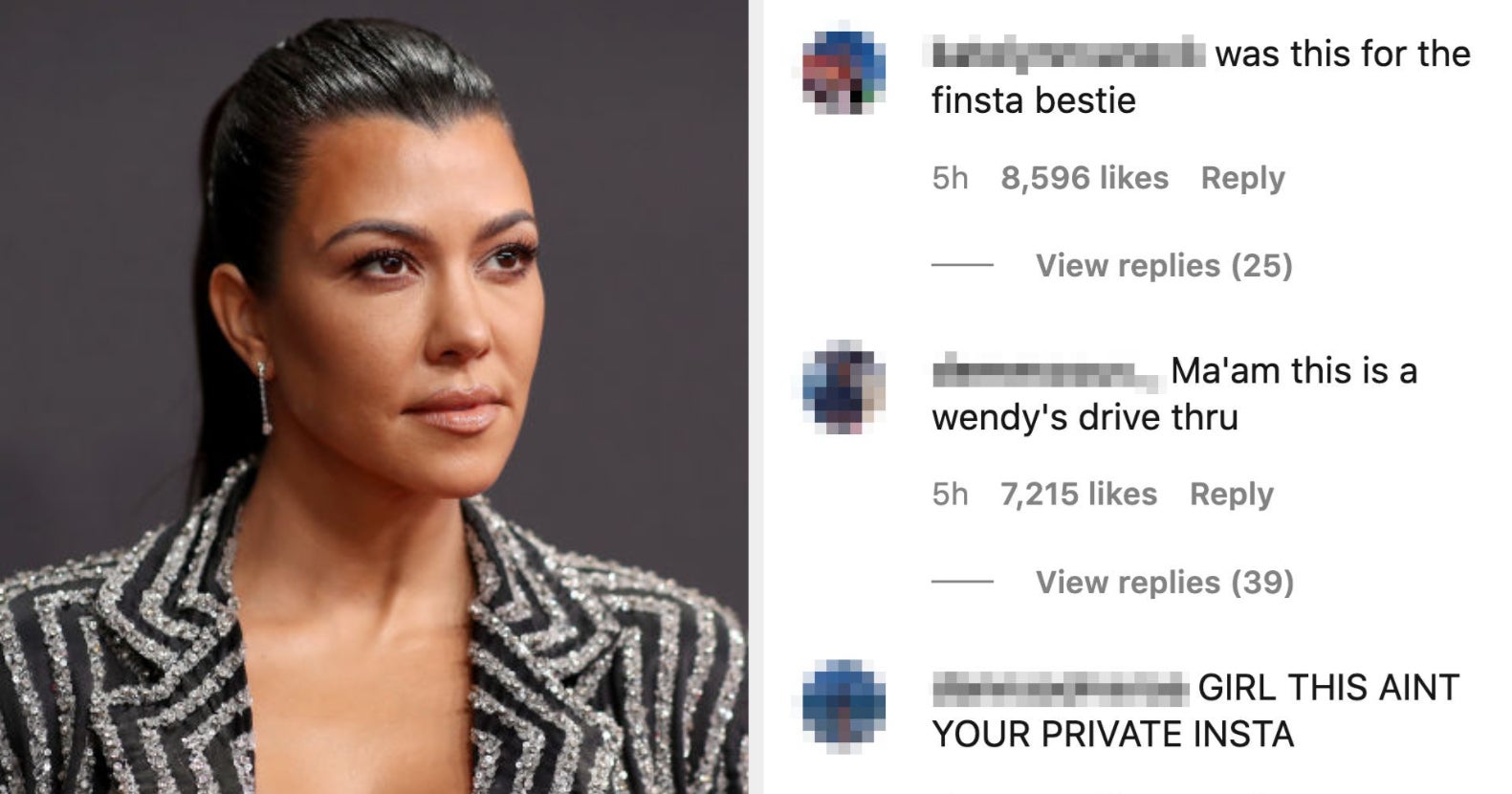 Kourtney Kardashian’s relationship with Travis Barker seems to be going from strength to strength!

The pair have been the talk of the town since rumors began swirling that they were an item back in January, with Kourtney confirming the relationship on Instagram a few weeks later.

Since then, we’ve had pretty intense love notes…

And Travis has even sung Kourtney’s praises during interviews!

But a recent Instagram picture sent fans into a frenzy after Kourtney posted a snap that they thought might’ve been meant for a private account.

The picture itself isn’t really anything to write home about — it’s just a kinda blurry shot of Kourt’s back. On closer inspection, that might be a blurry hand too?

The caption heated things up a little though, with Kourtney using some Ariana Grande poetry — “Watchin’ movies, but we ain’t seen a thing tonight” — to highlight exactly what was going on.

Then Travis jumped into the comments with a simple emoji. I guess he likes said movie.

And now people think the whole thing was actually meant to be posted on a private Instagram account instead.

In fact, people are adamant it must’ve been some kind of mistake, even though the picture has now been there for six hours and has more than a million likes.

Some even suspected that Kourtney was hacked.

Anyway, as all of this was going on, yet more excitement was going down regarding the couple, as eagle-eyed fans noticed Travis now has Kourtney’s name tattooed on his chest.

Here it is if you’re having trouble finding it.

So, I guess things are going well for Kravis Barkdashian — good for them!