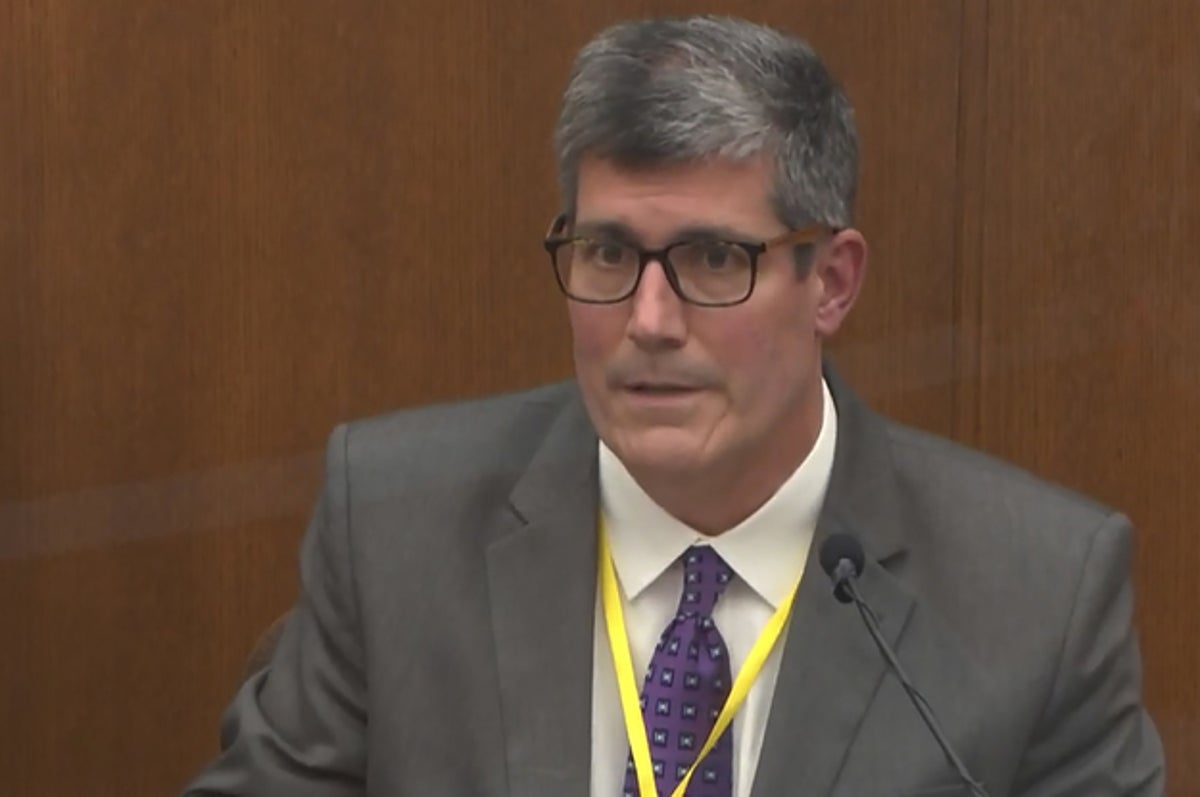 
The county medical examiner who conducted George Floyd’s autopsy testified Friday that the actions of police officers were the main cause of his death, although drugs and underlying heart conditions played a role.

Hennepin County Medical Examiner Andrew Baker said his opinion on what killed Floyd remained unchanged from what he listed in the death certificate last June.

“That’s cardiopulmonary arrest complicating law enforcement subdual, restraint, and neck compression. That was my top line then. It would stay my top line now,” Baker said.

Floyd’s use of methamphetamine and fentanyl and his preexisting heart conditions were “not the direct causes of his death,” he said.

His testimony during Derek Chauvin’s murder trial came after prosecutors called several medical experts to support their argument that the former Minneapolis police officer’s actions, including pressing his knee on Floyd’s neck, were fatal.

The presence of methamphetamine and fentanyl in Floyd’s system at the time of his death is central to the defense’s argument that those drugs and underlying heart conditions caused his death. Floyd had 11 nanograms of fentanyl per milliliter and a low level of meth in his system.

While the defense has yet to present its case, Chauvin’s attorney, Eric Nelson, has frequently mentioned fentanyl overdose deaths and the affects of methamphetamine on the heart during his cross-examination of the state’s medical experts. Nelson is expected to call his own medical experts to testify.

Floyd’s interaction with the officers would have caused him to release stress hormones like adrenaline, Baker said, which would cause his heart to beat faster and require more oxygen.

According to Baker, Floyd’s encounter with Chauvin and three other officers “tipped him over the edge” given his heart’s condition.

The prosecution’s medical experts suggested that Floyd’s chronic drug use over the years could have built up his tolerance to higher levels of fentanyl. They also said that the level of meth in his system was too low to be a significant factor in his death.

“We watch those videos, he’s breathing, he’s talking, he’s not snoring, he’s saying ‘Please get off me, I cant breathe.’ That is not a fentanyl overdose, that is someone begging to breathe,” Smock said.

Lindsey Thomas, a forensic pathologist who previously worked at the Hennepin County Medical Examiner’s office and was involved in training Baker, testified that the “mechanism” of Floyd’s death was asphyxia or low oxygen to the brain.

Martin Tobin, a pulmonary and critical medicine doctor with 45 years of experience, ruled out both drugs and Floyd’s heart conditions as the cause of his death, echoing testimony that Floyd died of asphyxia or low oxygen to the brain.

The medical experts also said asphyxia is not typically listed on autopsies because, as Tobin said, “it doesn’t leave a fingerprint.”