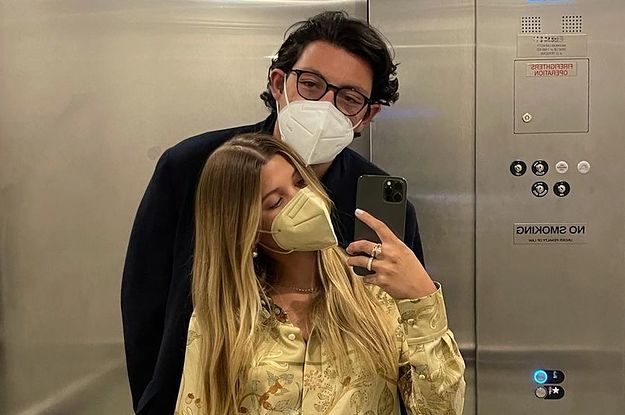 This week, the model shared a sweet picture of her and her beau kissing.

Richie captioned the pic with a black heart emoji.

Richie also shared another photo of them embracing on her Instagram Story. How cute!

Grainge is the son of Universal Music Group chairman and CEO Lucian Grainge. Like his father, he’s also in the music business and is the CEO and founder of the independent record label 10k Projects.

Richie previously dated Scott Disick for three years until they called it quits last May.

During a recent episode of Keeping Up With the Kardashians, Disick told Kourtney Kardashian that he and Richie broke up because she had a hard time dealing with all his “baggage.”

Disick co-parents his three kids — Mason, Penelope, and Reign — with the mother of his kids, Kardashian.

“I think people come into our lives and think it’s maybe easier than [it looks],” he said. “But it’s very true that we come with a lot of baggage.”

“Anybody dating somebody is going to feel neglected when their significant other is spending more time with their ex than with them,” he added. “I’ve always been clear that my priority has been my children, my life with them. I even put it out there that taking care of you is one of my priorities.”

Richie has clearly moved on, and she seems to be having a blast with Grainge.