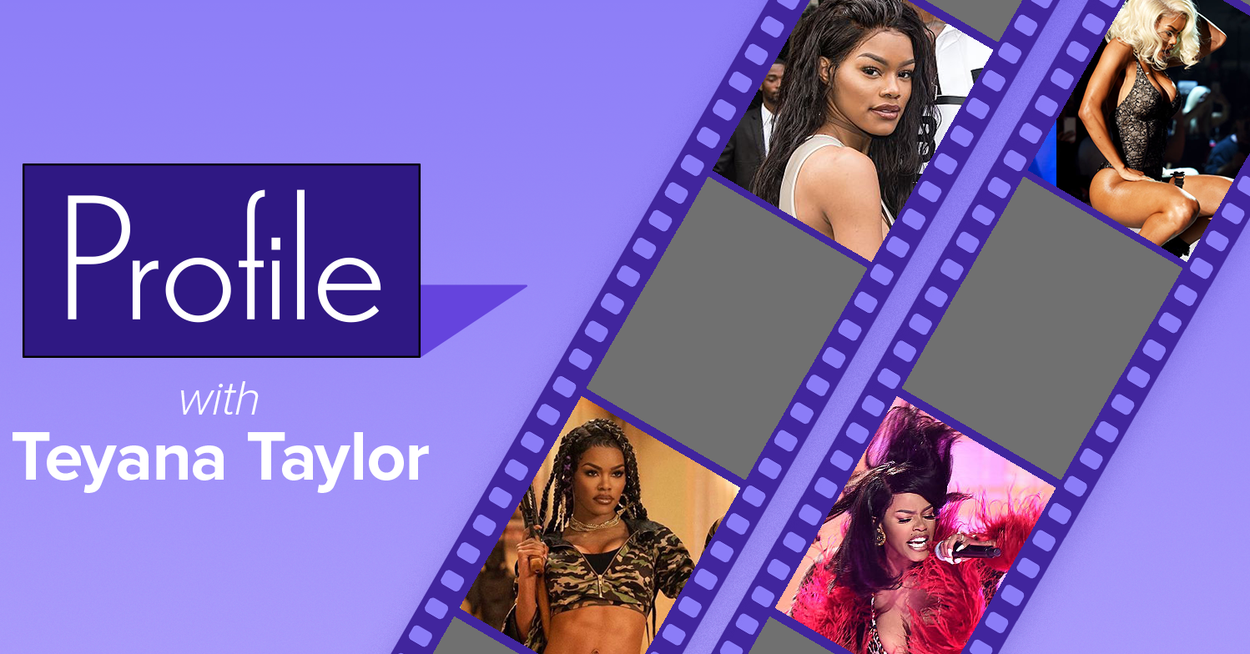 
When I think of Teyana Taylor, the word multifaceted instantly comes to mind. I was first introduced to her on MTV’s My Super Sweet 16 as a skateboard-loving musician with effortless style. While her style still remains exemplary, it’s the trajectory of Teyana’s artistry that’s left me captivated. Singer, songwriter, choreographer, and actor are just a few of the many hats the 30-year-old Harlem native wears, and she has no intention of slowing down.

A few weeks ago, Teyana sat down with us to talk about being hand-picked for Dionne Warwick’s biopic, why she doesn’t regret retiring from music, what it was like working on Coming 2 America, and so much more!

Late last year, legendary songstress Dionne Warwick nearly broke the internet when she announced that the “obvious” casting choice for her biopic is you. What was your immediate reaction when you heard that?

I was screaming, of course! I was like, “Oh my god!” She’s the queen of Twitter — she’s super, super active, so I knew for a fact that it was really her. Like, it wasn’t just a cute little tweet like, “Yeah girl, I see you.” No, it was really like, “Um, Netflix, if you’re ever thinking about doing anything regarding me, y’all obviously know my choice.” She got straight to the point, so that was exciting for me. After she tweeted it, of course, I retweeted it. They literally reached out to me a day later. They reached out right away and I was like, “Oh, they’re serious!” I was ready. We hopped on Zoom that very next day. I responded to that email so fast, it didn’t make no sense [laughs].

It’s dope that I actually get to spend time with her, because when you’re portraying someone’s life, getting that opportunity can be rare. Sometimes things aren’t approved or other times the person isn’t physically here to say what they want, so to know that she’s gonna be a part of this for the whole ride is absolutely amazing. We will be telling her story from her own words, and I’m so excited. Dionne and her son have literally been so lovely.

Hearing the joy in your voice while talking about it is getting me excited. Has production started yet on the series?

Not yet. Twitter in itself is its own world, right? So I think Twitter had went so crazy with the look-alike pictures of us. So we kind of just jumped into it that way — it wasn’t like she already had a plan for it. We’re literally at the stages of getting everything laid out. One thing we’re very clear on is that we definitely want it to be a series. Dionne has been an icon for so many decades — not years, but decades! Her story is still continuing, so we knew an hour-and-a-half movie wasn’t gonna do it. Ninety minutes ain’t enough girl, you need a whole series!

So we’re at that place where I’m just really getting to know her. I get to ask her whatever I want to ask her and just talk to her for however long I want to talk to her. I think once we get past that, it’ll help us really shape an idea of what we want it to be about. Then we’ll start talking production, writers, and different things like that. We’re at the very early stages of it, but we’re definitely not in a super-early stage. We’re getting there.

Like you said, Dionne Warwick is a living icon who has showered us with her many talents for decades. There are so many chapters of her life to dive into. Are there any particular parts of her life that you’re really eager to explore?

Honestly, all of it! I’ve watched her career and she’s remained so graceful. Like, “Girl, how you do it?” She’s been there for a lot of elements and eras that we’ve endured. So, I want to know everything about her! You know, I want to know everything. She has some really cool life stories. Have you read her book? It’s really, really good. I was conceiving scenes in my head while reading her book. So, the director and producer in me was like, “Oh my God, I can’t wait to do this. I can’t wait to do that.”

Dionne Warwick wasn’t the only one making shocking announcements on social media around that time. To fans’ surprise, including myself, you announced that you would be retiring from music. Since making that decision, has anything changed for you emotionally?

No. Actually, since making that announcement, I’ve literally gotten deeper into directing. I’ve always loved making music and it’s always been mine. The Aunties Inc, my production company that I started with my partner/dancer Coco Gilbert, was created when we were still on tour. But at the time, we had a lot going on with music and everything, so we kind of put it on the back burner a little bit. So it was definitely something that I really wanted to put a lot of time into and prioritize.

Taking a step back from music, going into directing, and just enjoying other parts of my journey — I have so much more to live for. Being able to tap back into directing and producing was everything for me. I’m really, really happy. I don’t plan on letting anybody box me in or make me feel like I can only do one thing at a time. I can do it all. I had my fair share and fun times with music, but now I’m in my directing bag and I plan on staying there for a little while. And when I want to get back to music, I’ll get back to music.

I know that’s right! Well, we’re excited to watch you on this journey. But speaking of your production company The Aunties, it’s specifically made up of an all-female production crew. Why was that important for you?

We were doing our thing. We were making it happen. We called ourselves The Aunties [laughs] because we would create content and then we’d be like, “Alright, girl we did some good work for the day. Let’s go and step it on out.” Then me and Coco would look at each other and go, “Baby, Auntie tired. Auntie Coco tired.” And I was like, “Yo, we need to start a production company called The Aunties,” and we just started dying laughing. So it started off as a joke, but we were still kind of serious.

I was at a place in my life where I felt like I didn’t have the most support from my label, so we were doing our own music videos and making it happen with, like, a bubble gum and shoestring budget. So I felt like, if we’re already creating videos at this level, then we can definitely do this. There have been times when Coco and I would walk up on set and one of the guys that’s working for us would literally be shocked when he saw me yelling, “Action,” or when I yell, “Cut!”

Also, it just feels good to see these women demanding that energy and commanding a room. Like, “Yes, we are females and yes, we’re still gonna kill this goddamn video, so what you talkin’ ’bout?”

There’s a lot of men that work on our projects that really be looking shocked. One thing I will say, though, at the end of the video shoot, or commercial, whatever it is that we’re doing, they give us praise. Granted, I feel like they shouldn’t really be shocked because us women can do it all! We are real superheroes. We’re the superHERoes, you feel me? So, at the end of the shoots, the guys are usually like, “Oh my God, y’all are really, really amazing. I’m truly impressed.” To which I reply, “Thank you, but as you should be.”

Through singing, dancing, directing, and producing, you have shown time and time again that you have the range! We’ve also gotten to witness another one of your passions: acting. You recently starred in Coming 2 America — which you were great in, by the way. Can you tell me about one of your favorite behind-the-scenes moments?

My favorite moments on set were actually the behind-the-scenes moments, because everybody was so funny. I was surrounded by legends who’ve been in the game for so long. But if I had to pick a favorite, it would probably be the way Wesley Snipes cut up. He stayed in character the whole time. So even when they yelled, “Cut,” he remained as General Izzi — my father in the movie — and it was the funniest thing ever.

I love that! Okay, well, before we go, I gotta know: Did you get to keep anything from set?

I did, actually! They have to keep a lot of the main props for archives, but there were these green jumpsuits that the guys had on with the green flakes on them. I was like, “Can I please, please get one of those?” Because I love those — I love onesies and jumpsuits and stuff like that. So I was begging for a jumper, and [costume designer Ruth E. Carter] left me one on the last day. It was really nice that she let me keep that. They did give us a lot of merch though. We had jackets, shirts — they made sure we were loaded. Like, “Look, you can’t take the real stuff, but here’s some stuff to remember us by.” [Laughs]

Want more of Teyana? You can catch her as the new face of Olay Body as she practices self-care while balancing her career, motherhood, and marriage, unapologetically.