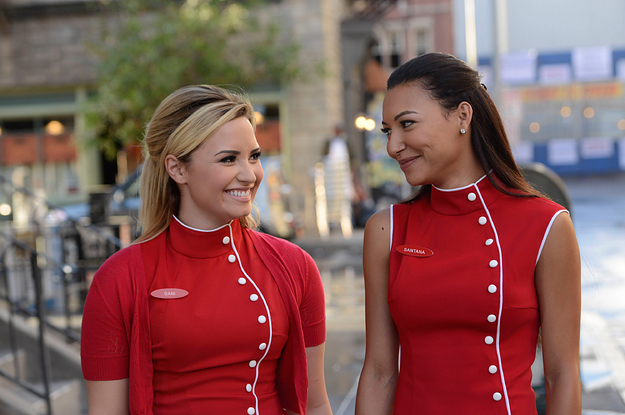 Nearly a year after her tragic death, the world continues to mourn actor and Glee star Naya Rivera.

At last night’s GLAAD Media Awards, the cast of Glee — as well as Demi Lovato, who was once a guest star on the iconic TV show — reunited to pay tribute to their beloved former co-star, who played the character of Santana.

Lovato, who portrayed Santana’s girlfriend Dani, said that she will “always cherish the chance [she] got” to play the role and praised Rivera’s performance as “groundbreaking for closeted queer girls, like I was at the time”: “Her ambition and accomplishments inspired Latina women all over the world.”

Heather Morris said that Rivera’s death hit everyone “so incredibly hard” and said that “As an ally, Naya was so honored to represent” the LGBTQ+ community.

A written statement from Rivera’s mother Yolanda Previtire was also included in the broadcast: “Naya would be honored to receive this recognition. When Naya was told that Santana would be a lesbian she called me to let me know and I asked her how did she feel about that and she said ‘I feel great about it!'”

“Little did we know that she would impact so many people in the LGBTQ community. “Her desire was to always be an advocate for those who did not have a voice. I don’t believe she realized how important she was to this world.”

“I am grateful that my eldest daughter helped to change the landscape of how we view and see each other.”

And Rivera’s legacy will doubtlessly continue to live on and inspire others.