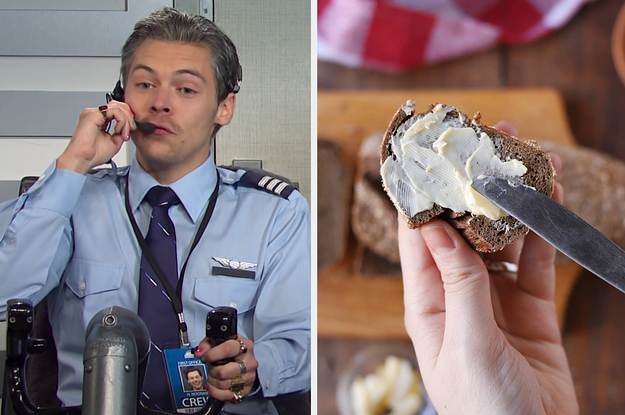 Have you ever traveled somewhere and felt culture shock because something you saw or experienced was just so different from what you were typically used to?

“In Germany, they had the cleanest, safest, and best-tasting tap water, but nobody drank it and they called it toilet water.”

“Most stores are not open on Sundays. Not even grocery stores.”

“It boggled my mind how old everything was and how it was still integrated into everyday life.”

“In Europe, wait staff are paid a living wage so they do not need tips. The eating experience is much more laid-back and slower in Europe, relative to America.”

“In Toulouse, France, I went to a nice restaurant and ordered dinner. When it arrived, I was like, ‘Where’s the rest of it?'”

“The waitress laughed, as she grew up there and in Canada. (I’m from Brooklyn, New York, where portions are huge.) She calmly told me to eat it and if I was still hungry to order another one. By the last bite, I was stuffed. That was my WTF moment: when I realized how rich and high quality the food was over there.”

“In Amsterdam, the number of bicycles outside the central station. How the F do people find their bikes once they park them?!”

“Went to Denmark on a whim with some friends. The biggest surprise was when I realized that I had met a ton of strangers over the course of a week and I had no idea what they did for a living. Never once did we talk about work or school.”

“British food. I went there expecting chip shops and roast dinner, but instead was amazed by every variety of tikka sauce that could possibly exist.”

“When I visited Prague, water cost two crowns and beer cost one.”

“I’ve never gotten stranger looks than when I would ask for a drink with some ice. One person had to confirm she understood my request.”

“Paying to use a public restroom. I get why, though. But it’s just a horrible feeling if you really had to go and you don’t have any change.”

“In Lisbon, feeling proud of myself for eating late like a local at 9 p.m….only to walk into an empty restaurant. By the time I’d finished eating at 10 p.m., the place was full.”

“In Paris, every meal takes three hours. I loved the culture and I’m all about eating a relaxing meal; but sometimes it was just like “WTF??” when we were on a schedule and had to meet up with a tour group or had reservations for something.”

“In Italy, when buying a soccer ticket, they needed to know which team I was rooting for to determine where I could sit. Then, during the game, people were setting things on fire.”

“I was in Greece and I didn’t realize there were still places in the most developed parts of the world where you place your used toilet paper in the trash bin and not flush down the toilet.”

“When I️ visited the hospital and had X-rays done, spoke with two doctors, and was triaged by a nurse, all with no health insurance, and my total bill was 24 euros.”

“Y’all get how many days of paid vacation?! And sick leave? And public healthcare?! And you don’t live in a socialist hellhole like I’ve been told? America, you lied to me!”

“In Spain, everyone appears to be very thin yet I swear eats a loaf of bread a day.”

“In Italy, there is virtually no threshold for how much distance should be left between a speeding car and any obstacles (including pedestrians) it is zooming past.”

“A bus driver will rush down a narrow cobblestone street with about a centimeter to spare between the sides of the bus and any parked cars, walls, ancient monuments, or playing children.” —u/PullTheOtherOne

“In Spain, the siesta is real. I just thought that it was an archaic thing that some people did. Nope. Everything shuts down for an hour or two. Even in super-touristy places, 99% of shops and businesses shut down.”

“French butter made me stop and reflect on the beauty of being alive. I didn’t think butter could be improved upon, but holy shit. So creamy.”

“The quality of the fast food surprised me. Everything from the street vendors to chains like McDonald’s was better quality then anything I’d gotten at home.”

“In Germany, nudity on broadcast TV was very surprising. It wasn’t even a ‘necessary for the story’ situation, just a margarine commercial with a naked woman swimming in a lake and stepping out of the water to eat some bread. During prime time. I know American TV is kind of prudish that way, but it was pretty shocking.”

“If something costs five euros, it’s exactly that. Tax is included.”

“My biggest WTF was coming back to the States. Seemed like such a downgrade.”

Note: Some comments have been edited for length or clarity.

Have you traveled abroad and noticed something that shocked or surprised you? Share in the comments below!