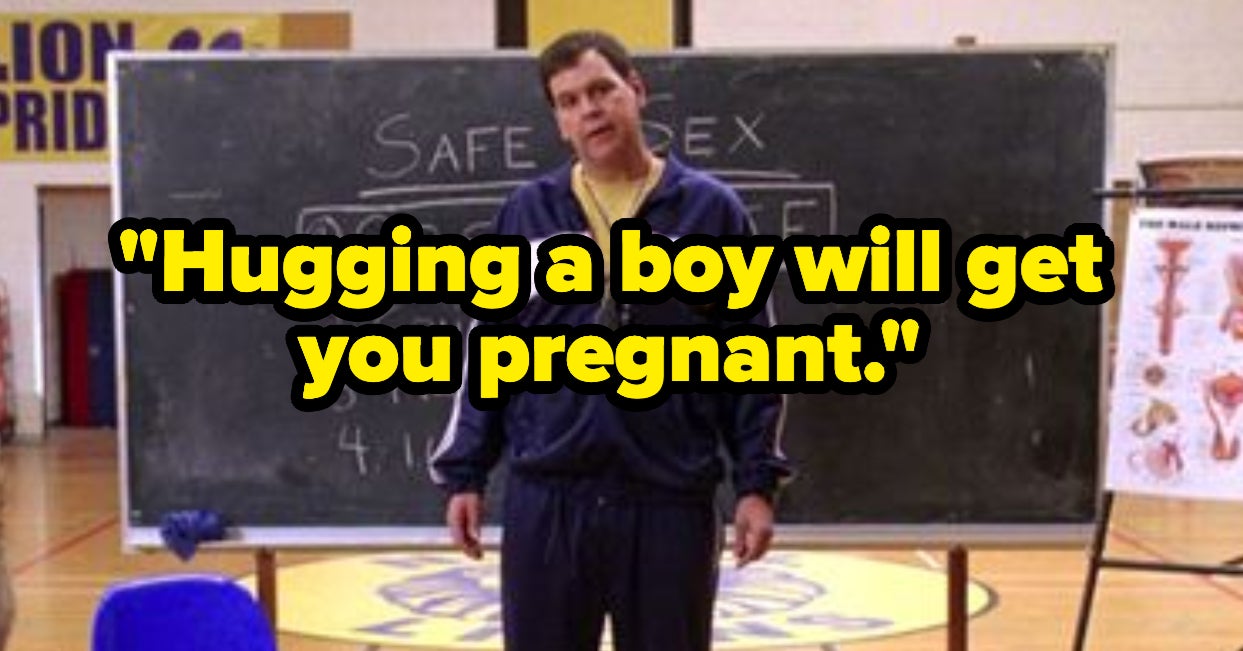 It’s no secret that sex ed can be a bit of a controversial topic, particularly in the American school system. While some educators believe in presenting students with facts and science, many others warp the truth and push an abstinence-only agenda, which is largely meant to scare young people out of having sex.

Because of this fear-mongering, many students have been taught horrifically untrue things about sex. So Reddit user u/bongzmcdongz posed the question, “People who had ‘abstinence only’ sex education, what was the most outrageous or untrue thing you were told?” The thread quickly filled with all sorts of absurdities and lies that people were actually taught in school. Here are some of the wildest ones:

“My church-based sex ed claimed that foreplay involved things like reciting poetry to one another, or playing the violin together.”

“Girls only get one orgasm in their lifetime, so they need to save it for a special person.”

“Hugging a boy will get you pregnant.”

“If you touched your penis, it would shrivel up and die.”

“If you have premarital sex, no one will ever want you.”

“If a man ejaculates on or near your body, the sperm will swim around, find your vagina, and you will get pregnant.”

“We were told that only men have orgasms, not women.”

“The teacher said that you can only really love one sexual partner, and that’s why it’s so important for your spouse to be your first and only partner. One of my classmates raised her hand and said, ‘My mom died when I was a baby and my dad’s been married to my stepmom for 10 years. Does that mean he only loves one of them?’ The teacher just looked uncomfortable and moved on to how premarital sex ’causes depression.'”

“This woman once compared a teenage girl who has had premarital sex to chewed-up bubble gum. She then switched the comparison to a pair of worn-out shoes.”

“They told us that the birth control pill didn’t work on teenagers.”

“You can’t get STDs if you’re married.”

“We had an assembly every year in high school that discussed abstinence. I was told that every time I had sex, it released a chemical that you needed to bond with your baby. There was a finite amount of this chemical, and if you had sex too much before marriage, it would waste this chemical and risk you not bonding with your baby appropriately.”

Finally: “Sex doesn’t feel good unless you are married.”

You can read the entire infuriating thread here, and check out more of the outrageous lies students have been taught about sex in this post.