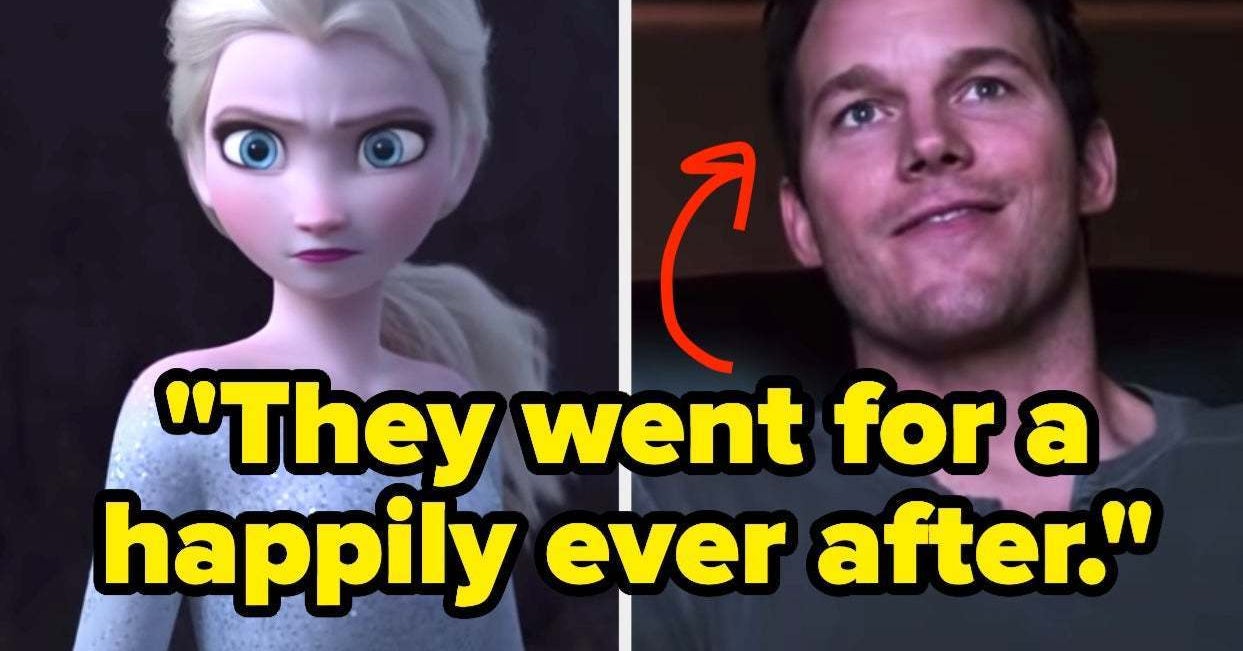 It sucks when you watch a whole movie only to be severely disappointed by the ending. So when Reddit user u/minecraftplayer48 asked, “What movie ending ruined the whole movie for you?”, people came in hot.

Here are 17 of the responses.

Warning: A fair amount of spoilers lie ahead!

“The Circle…seemed to be a film warning of the dangers of sharing too much online, only to do A COMPLETE 180 on the message at the end!”

“Hancock. Loved the premise and seeing Hancock start as this sarcastic, alcoholic, and bitter hero who’s hated by everyone and then turn into an actual hero who people look up to and respect is touching. The PR angle for a superhero movie was interesting and unique. But then all of that is ruined by the lovers twist.”

“The Aladdin remake. I was beyond disappointed to not see a battle between Jafar as a snake and Aladdin. Nobody asked for the giant nameless parrot to chase them through the city. No one. Give me a snake battle.”

“I hate the ending of a classic 1940s film called Gentleman’s Agreement. Gregory Peck plays a journalist who pretends to be Jewish in order to write an article about antisemitism. His girlfriend knows about the ruse and as the story unfolds, it becomes clear that she’s a closet antisemite. They argue about this but in the end he stays with her.”

“A Simple Favor. It was all mysterious with some good twists, then she just gets hit by a car and the moms group is like, ‘Don’t mess with moms’ or some shit? The ending felt like it was meant for a different movie.”

“I enjoy disaster movies immensely. That being said, the ending of Knowing (with Nicolas Cage) was just…dumb. It kinda ruined the whole thing for me and I haven’t watched it since.”

“50 First Dates. It’s supposed to be this wrap-up ending that makes you feel good… It bothers me so much and I can’t even really tell you why.”

“How It Ends, a Netflix movie starring Theo James, Forest Whitaker, and Kat Graham. It wasn’t altogether a bad film, but that final scene sure made it one.”

“Passengers. It could have been an amazing sci-fi movie where Jennifer Lawrence was forced to make the same decision Chris Pratt’s Marvel character Star-Lord did. Instead they went for a happily ever after.”

“One Day starring Anne Hathaway. Said, ‘Oh fuck off,’ rather too loudly in the theater.”

“Bridge to Terabithia broke me as a child. No one can watch that movie/read the book more than once. I went into the theater as an 8-year-old expecting a fun fantasy movie and that is not what I got.”

“Repo Men. Fuck that ‘it was all in his head’ nonsense.”

“Frozen II. I don’t think it was nice of Elsa to miss her sister’s coronation! She wasn’t even doing anything important.”

“Source Code. I really enjoyed that movie but those last minutes retroactively ruin the rest of it for me. Clearly tacked on to give a happy ending.”

“City Of Angels, where Meg Ryan (human) dies in a bike accident right after Nicolas Cage (angel) decides to give up immortality to be with her.”

“Click. A fantastic movie about how life can pass you by if you let it and the consequences of your actions. If they ended it in the hospital as he was dying, it would have been a fantastic, insightful movie. But no, let’s let him rewind and live happily ever after.”

Note: Answers have been edited for length and/or clarity.