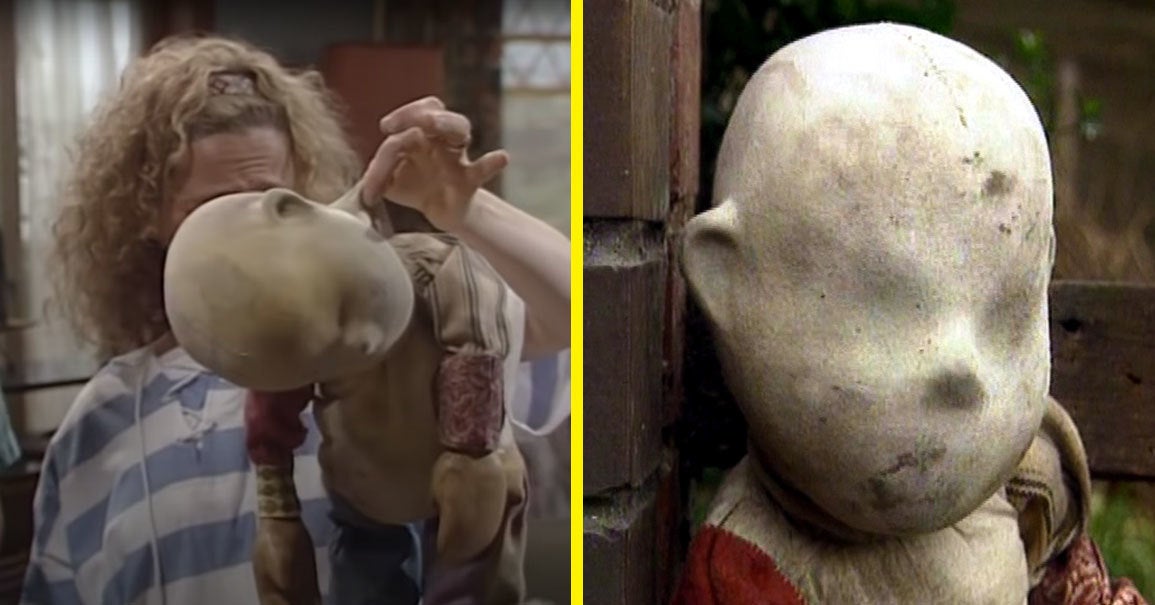 Gather round, ye children, young and old. Today I’ll spin a tale that will make your blood run cold.

The tale is that of a yet another unexplainably fucked up character from the catacombs of ’90s Australian television — and it centres on none other than the faceless, demon-spawn doll known as EC, from Lift Off.

EC was a genderless, faceless and, let’s be honest, soulless creature used to represent “Every Child” of Australia.

But can somebody please explain to me why the doll itself had to be made from the collective fears and nightmares of children around the country?

And I’m not the only grown-ass adult who is still haunted by this creature, some 30 years on.

As well as EC, Lift Off also featured a one-eyed succulent, a magical lift, talking backpacks and a gang of lizards who spied on the main cast — so I guess you could say the doll was on-brand for them.

But surely there was somebody on set who thought to clean up EC’s perpetually grimy face?

There was even that time when they tried to soften its appearance by giving it a jaunty beret.

So for everyone still haunted by this little slice of terror, I say to you: We stand together. United by our struggle against a common enemy who lives on eternally in our nightmares.