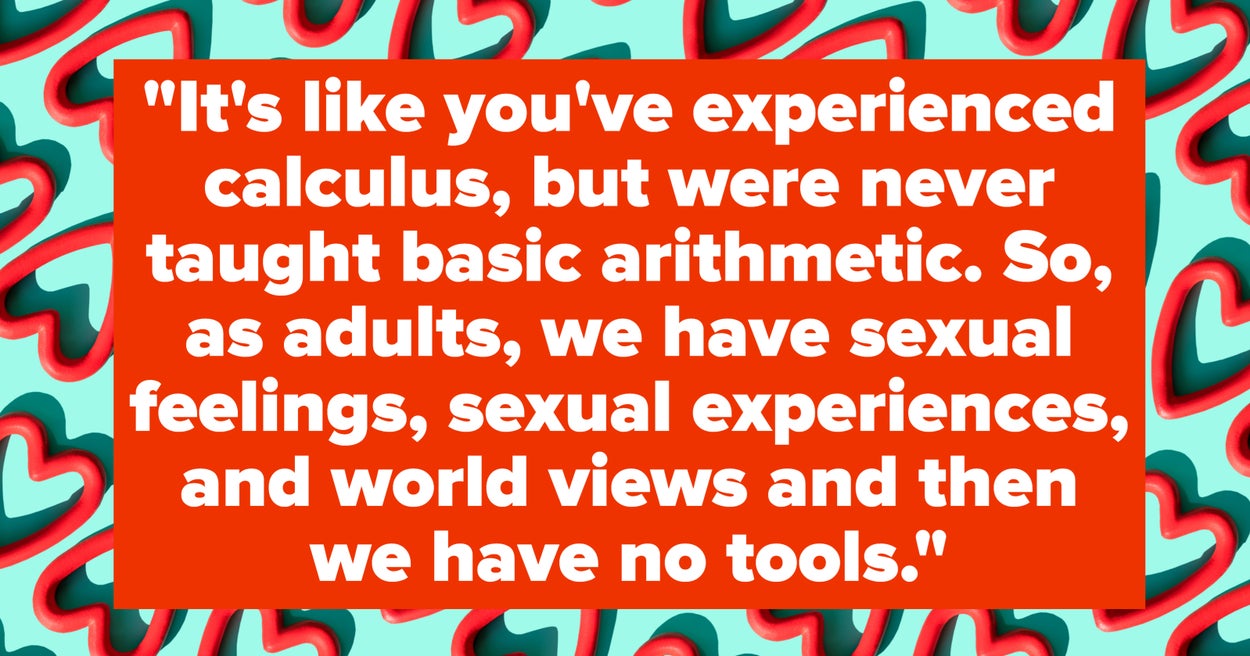 Hi, I’m Krista, and I’m on a mission to relearn things we’ve been taught wrong, as well as debunk viral information from the internet. Today I want to talk about sex.

For as long as I can remember, I wrongly viewed all things surrounding sex. I was taught that sex was this forbidden thing that wasn’t supposed to happen until marriage. Because of this, I was never educated about anything related to sex — besides the basic info taught in school sex ed.

My lack of sexual education left me feeling ashamed in so many aspects of my sex life as I got older. I was scared to communicate, I was often embarrassed, and there were even times when I thought something was wrong with me because I couldn’t orgasm. But the truth was, I didn’t really know anything about my own body.

Now that I am older, I know sex is healthy and normal. That being said, if you don’t want to do it — DON’T. OK, let’s talk about some ~sex~ things we need to UNlearn. To get the facts, I spoke to sexuality educator, coach, and writer Dr. Jill McDevitt, who has been practicing for 14 years.

Below is the full video of our interview talking all things sex if you want to watch. Otherwise, scroll down for a breakdown of the info!

McDevitt, who has a PhD in human sexuality, has a great analogy for thinking about how most people understand sex:

So, now let’s get into why shame surrounding sex is so prevalent in today’s society.

People often become ashamed about sex and their bodies after believing inaccurate things from TV, books, or movies. Think about the vulva or nipples and how we’ve been conditioned to think they should look a certain way.

And shame is sometimes explicitly taught.

These are things we need to be hyperaware of to stop the cycle of feeling any kind of shame surrounding sex. It’s a great segue into common misinformation about sex, our bodies, and orgasms.

Let’s talk about orgasms. A while back, I was told that women could have different types of vaginal orgasms in different areas. But McDevitt said that’s not necessarily true because — based on today’s information and research — people with vaginas can only have clitoral orgasms.

Basically, a lot of people with vaginas don’t orgasm from intercourse because the clit isn’t being stimulated, whether that be internally or externally. And there may be different spots you want to explore, but there isn’t this magical spot that will give you a different ~type~ of vaginal orgasm.

If you’re looking for a sex toy, McDevitt’s blanket recommendation is from Cal Exotics and it’s called W.I.L.F. (Wand I’d Like to Fuck). “I call it the jackhammer! It’s got a broad surface area, so that means it’s covering a lot of the clit — it’s covering the whole external piece and some of the internal pieces. And it’s just powerful as hell, it’s absurd!”

Last, but definitely not least, is communication and thinking.

Many people are unsure about how to deal with communication during specific kinds of sexual situations. They are scared it will hurt someone’s feelings, or they think it’ll make the other person perceive them in some kind of way. To challenge this thinking, McDevitt suggests leaning into your own natural skill set.

She added, “We get flustered, we get embarrassed, we get awkward, and all of a sudden we act like we don’t know how to talk. And we do — this activity is a reminder that you do already have those skills, and this isn’t something new you have to learn.”

Also, have an internal dialogue with yourself about why you’re feeling a certain way. For example, Madonna recently posted a photo of herself in sexy lingerie, and people were saying she was too old and the photo wasn’t appropriate for kids. “Where did we learn that you stop being sexual before age 62? Or that sexuality is only for young people, or that it’s harmful for an adult to see their parent being a sexual being? The best thing to do is to be able to notice these things and ask why that makes you uncomfortable and sit with that. Let’s challenge that feeling, that belief,” McDevitt said.

Let’s end on these words from McDevitt: “Other than being consensual, I can’t think of anything that sex should be. Everything else we just made up. And you get to make it up if you feel differently.”

I hope this info has been helpful to you in some way. If you want to learn more about sex, be sure to follow McDevitt on Instagram or check out one of her books!

Got a topic you want more info on or have a questions about a viral topic you heard? Message me on Instagram @callmekristatorres and I’ll try to get the answers!