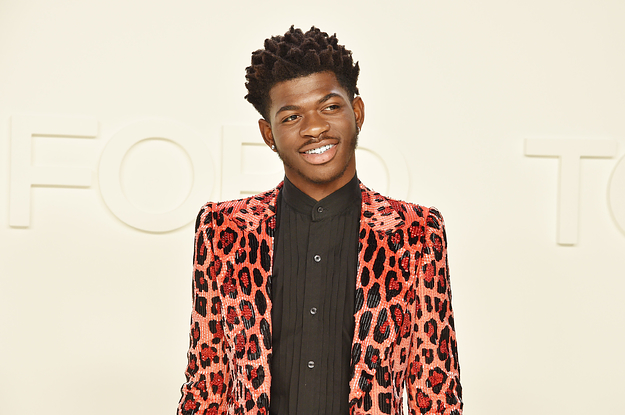 For example, he’s on the latest episode of Arts & Raps, in which he fielded a variety of questions while painting a self-portrait with two kids.

When he was asked what it means to come out of the closet, he was ready with an explanation: “It means you’re like, ‘Hey everybody, I’m this thing, and you guys didn’t even know that, but now you know.”

One of the show’s child co-hosts, Dilan, then hilariously proceeded to share a “closet story” of his own: “My older cousin, he keeps pushing my brother into the closet. And we close the door and blink the lights on and off, and then say ‘666’ or ‘Bloody Mary.’ And then he swore he saw something.”

Later in the video, Lil Nas X gave the perfect answer when asked what it means to be “unapologetically you”: “It means just doing yourself at all costs, no matter who’s watching.”

Watch the whole video here — it’s very enjoyable. And, as always, stream “MONTERO (Call Me By Your Name).” (Yes, you can still stream it.)