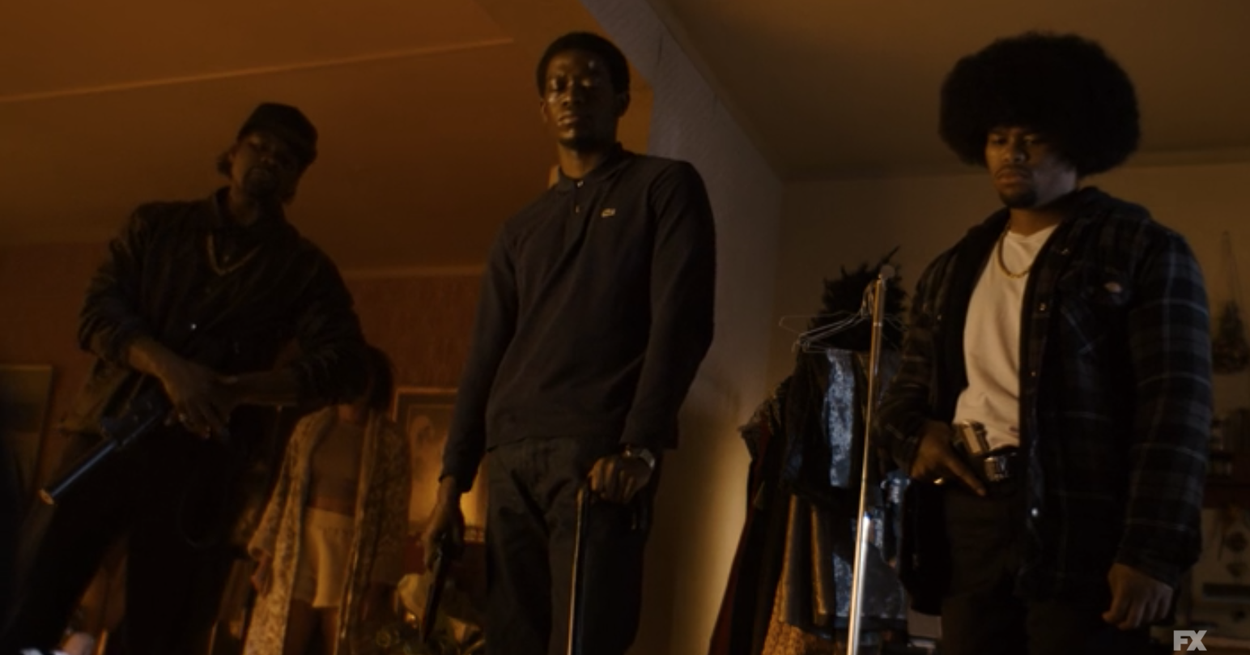 Welcome back to another Snowfall recap! The season is coming to an end, so you know things are about to get WILD!

Here’s a quick rundown of what happened in Season 4, Episode 9 — “Sleeping Dogs.” 🚨SPOILERS AHEAD.🚨If you haven’t watched it yet, you might not want to keep scrolling.

The episode kicks off with Franklin and Peaches confronting Tanosse, after finding out she’s been playing Franklin all along.

While talking to Tanosse, Franklin gets a page from Leon, warning him that Jerome is on a rampage for revenge.

And it looks like it was coming sooner than we thought! Franklin and Jerome got Tanosse to call Manboy and set him up with the quickness!

Meanwhile, Irene is still pushing to get her exclusive story heard, no matter who tries to stop her.

In other news, MAN DOWNNNNN!

Word of Manboy’s death spread fast and it didn’t take long to get back to his sister Khadijah.

Franklin and his crew remained 10 steps aheads, figuring out that Khadijah would send the strippers to look for Leon, so they sent in their reinforcement: Wanda.

Khadijah fell for the trap and soon found herself face-to-face with Leon.

Meanwhile, Teddy decided to meet up with chatty-Patty, AKA Irene, for a plan of his own.

And finally, once Alton heard about Irene’s death, he made a run for it!

I can’t believe we only have one episode left in the season! Be sure to watch Snowfall every Wednesday at 10 p.m. ET or stream it on Hulu the following day.