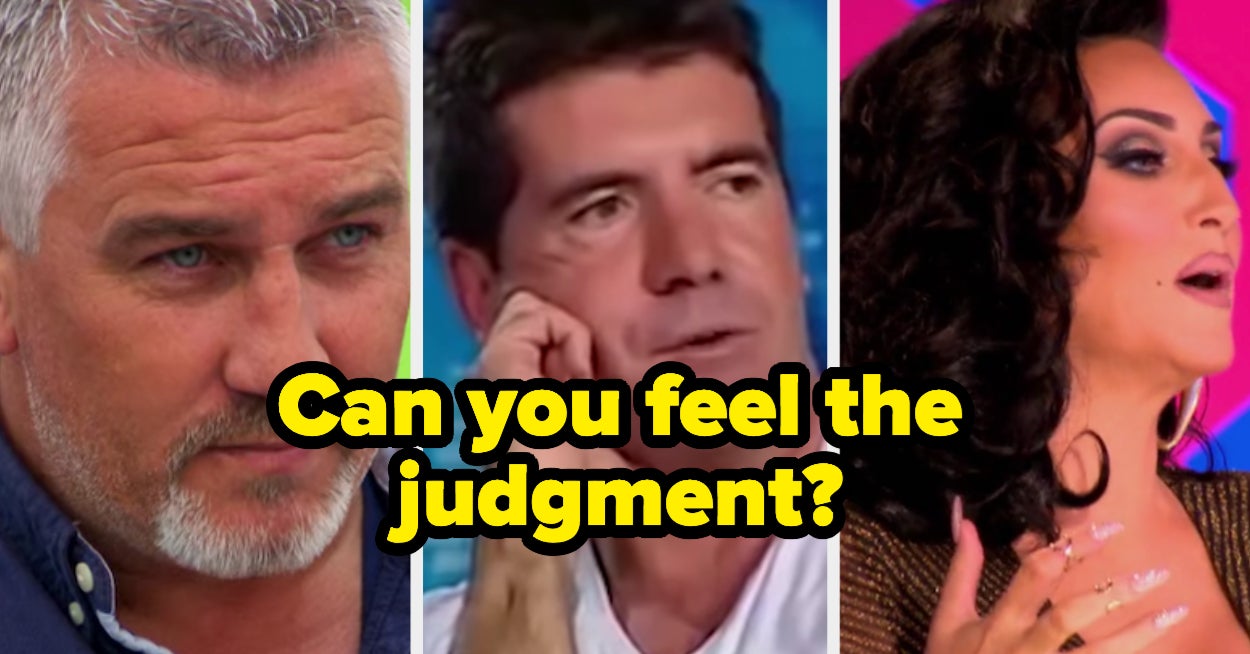 When this chef-testant did such a bad job of butchering that Tom Colicchio kicked him out of the competition before he had the chance to actually cook anything.

When Toby Young tried out some political humor.

When Heidi Klum said that this Project Runway design looked like child’s play.

When Michael Kors thought this dress (constructed from licorice for an unconventional materials challenge) was apocalyptically bad.

And when Nina felt the kind of disappointment that can only be expressed via pun.

And who could forget her summing up her thoughts about this experimental gown with some…vivid imagery?

When Gordon Ramsey used his trademark TLC to assess this culinary instructor’s enchiladas on Hell’s Kitchen.

And when he kept it simple (and I started to wonder if this show offers post-competition counseling).

When RuPaul lost her patience on RuPaul’s Drag Race.

When RuPaul lost her patience, Part Two: The Shequel.

When she had only this to say to a queen who committed one of the cardinal sins of Drag Race: Trying (and failing) to impersonate Beyoncé.

And, following another disastrous pop diva impersonation, when she forced a contestant — who had immunity and could not be eliminated — to tweet an apology to Katy Perry.

When Paul Hollywood added insult to collapsed cake injury by comparing the texture of a bake to rubber on The Great British Baking Show.

When this bake brought Paul to Hell and back again.

When a baker mixed up salt and sugar in the semifinal and disappointed Prue.

When Tyra lost her temper on America’s Next Top Model and secured her place in the reality TV hall of fame.

We now interrupt your regularly scheduled programming for your daily dose of Simon Cowell crushing dreams.

…and one more for luck!

JK, I had to include this one.

What’s a judges’ panel line that makes you cringe and/or run for cover? Drop it in the comments below!