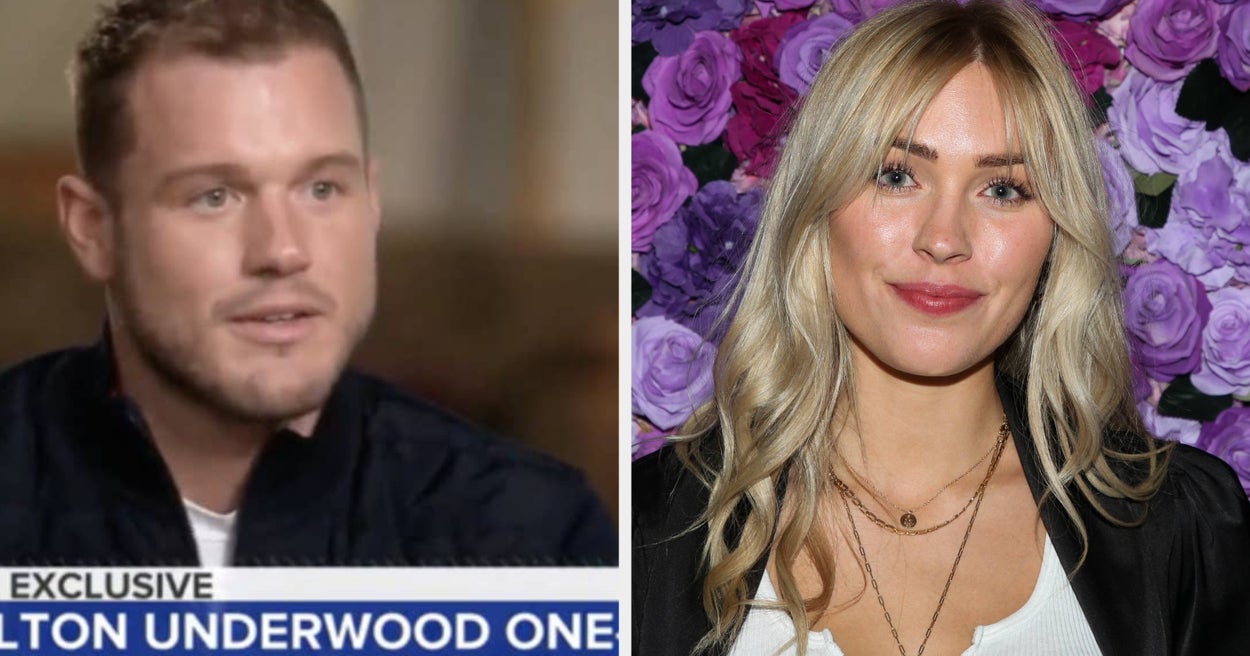 “Obviously, this year has been a lot for a lot of people, and it’s probably made a lot of people look themselves in the mirror and figure out who they are and what they’ve been running from or what they’ve been putting off in their lives,” Colton told Robin Roberts. “And, for me, I’ve ran from myself for a long time — I’ve hated myself for a long time.”

“I’m gay, and I came to terms with that earlier this year and have been processing it,” he continued. “The next step in all of this was letting people know. I’m still nervous, but yeah, it’s been a journey. I’m emotional, but I’m emotional in such a good, happy, positive way.”

In the GMA interview, Colton did apologize to Cassie Randolph, whom he dated during his season, season 23 of the Bachelor.

“I’m sorry from the bottom of my heart. I’m sorry for any pain and emotional stress I caused. I wish that it wouldn’t have happened the way that it did. I wish that I had been courageous enough to fix myself before I broke anybody else.”

Cassie did not directly address Colton, but this is her first post on social media since Colton’s GMA interview.

“Thank you everyone for all the kind comments and messages,” she said on her Instagram story.

“And yes, some of you are asking about my YouTube for this week. I decided to take the week off, but will have one again next week!”

After Colton picked Cassie, they dated for two years before calling it quits and erasing any traces of each other from their social media accounts.

Three months later in August 2020, Cassie filed a restraining order against Colton, according to People magazine. And according to the report obtained by TMZ, Colton stalked her, sent her harassing messages, and even installed a tracking device on her car.

It’s a good thing Colton apologized to Cassie, because he was truly horrible, according to what’s been reported.

Not sure if Cassie will delve into this in further detail on her YouTube video next week, but we will update you with a post if she does.