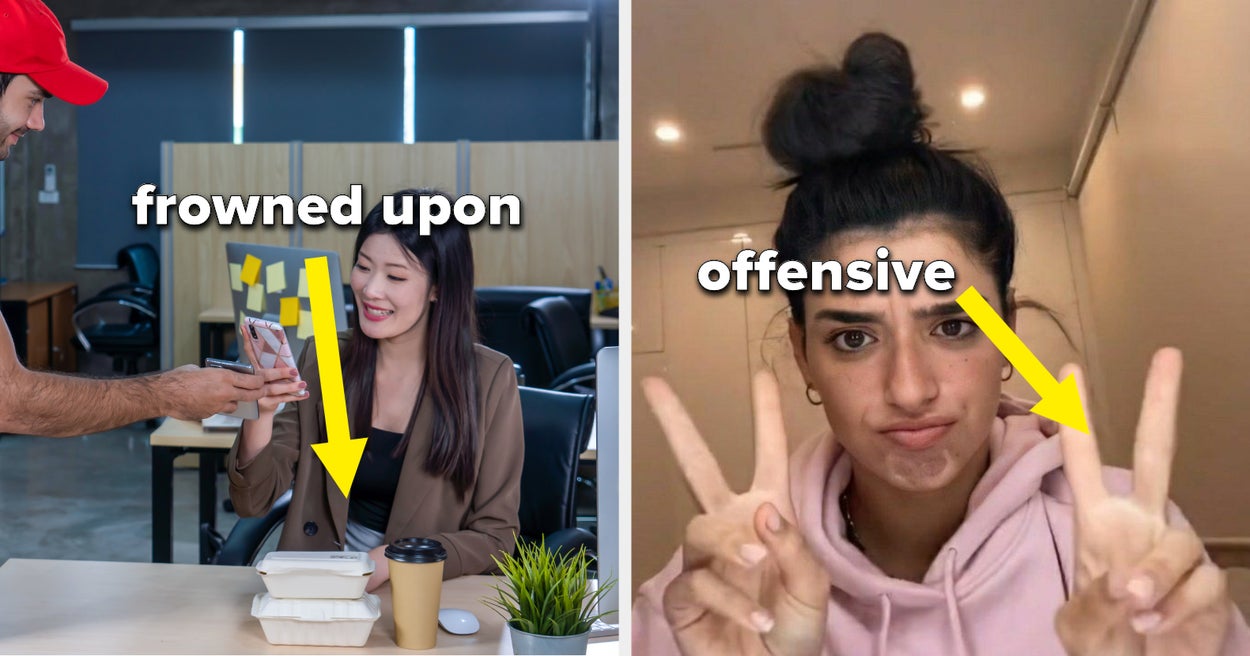 On Saturday, Reddit user u/TownImmediate9060 asked people, “What is socially acceptable in the United States that would be horrifying in the UK?”

It led to people sharing things Americans say and do that are socially acceptable in the states, but definitely not in the UK. Here’s what people said:

“Taking food home from a restaurant. You scavenge your next meal from the leftovers of your current one? Ask a British restaurant for a box to take your meal home, and you’ll get a look that says you’re difficult and a penny-pinching arse.”

“I mean, routine circumcision would be the big one. It’s pretty rare over here — we quite like our floppy little blankets.”

“I’ve learned from my British friends that you have to be very careful giving peace signs. If you have your hand facing a certain way, it’s like a ‘fuck you’ in the UK basically, whereas in the US it doesn’t matter which way it’s facing really. Several years ago, I sent them a picture with me doing an ‘incorrect’ peace sign, and they were appalled.”

“Making tea in a microwave.”

“Going over 5 mph the speed limit in the right lane.”

“Saying ‘fanny.’ I’ve even heard it used on The Simpsons. In the UK, it’s a mid-level offensive term for a vagina and certainly not acceptable in polite company. The C-word is even worse, but I think we both agree that it’s bad.”

“Putting gravy on a biscuit.”

“Saying ‘hello’ when you pass people.”

“Driving on the right side of the road.”

So, let’s turn the tables. Americans, let me know things that people from the UK do that are socially acceptable there, but not in the states?