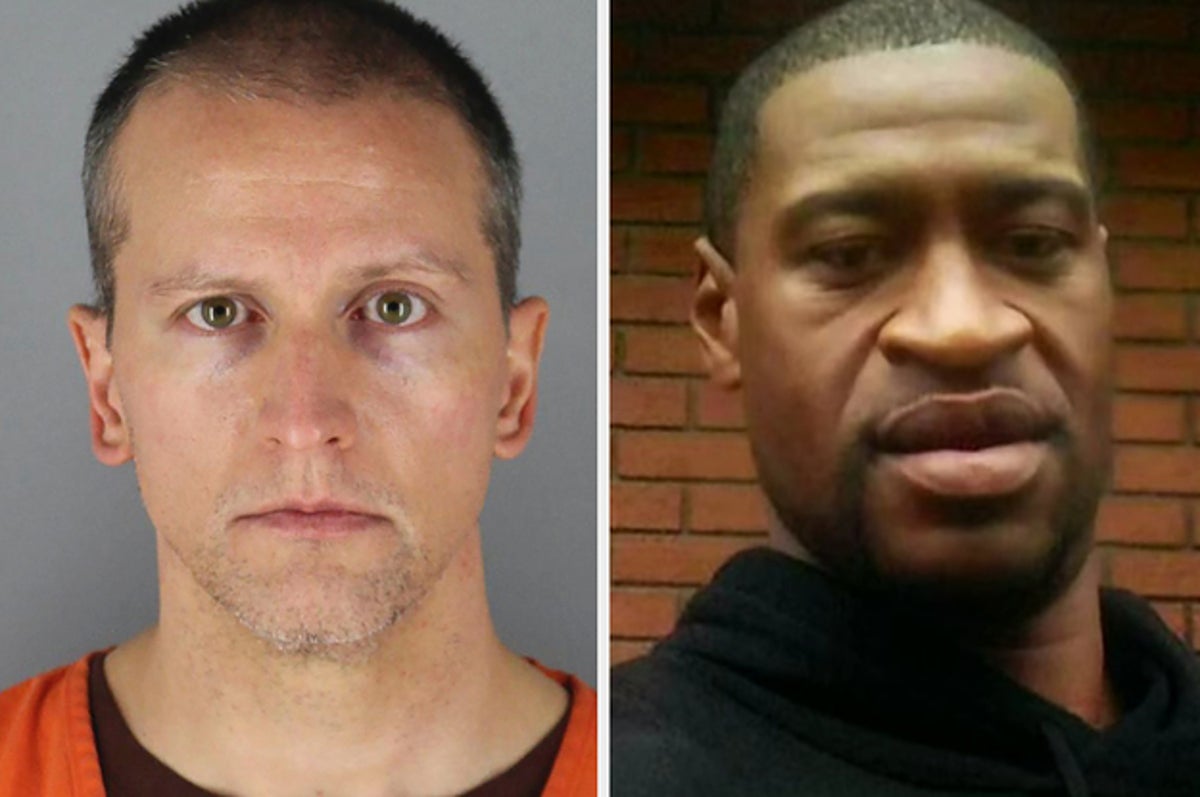 
Derek Chauvin was found guilty of murder and manslaughter Tuesday in George Floyd’s killing, a rare conviction of a police officer that was aided in part by an excruciating video that sparked outrage and demands for racial justice around the world.

Chauvin was handcuffed and taken into custody immediately after the judge revoked his bail.

He faces 12 and a half years in prison for second-degree murder, according to Minnesota’s sentencing guidelines, but prosecutors intend to ask for a higher sentence. The maximum penalty is up to 40 years. The sentencing is expected to take place after eight weeks.

The jury deliberated for around 10 hours before reaching their verdict. After the verdict was read, trial judge Peter Cahill thanked them “for not only jury service, but for heavy-duty jury service.”

“Painfully earned justice has arrived for George Floyd’s family and the community here in Minneapolis, but today’s verdict goes far beyond this city and has significant implications for the country and even the world,” attorneys for the Floyd family said in a statement.

“Justice for Black America is justice for all of America. This case is a turning point in American history for accountability of law enforcement and sends a clear message we hope is heard clearly in every city and every state,” the statement said.

“I’m feeling tears of joy, so emotional that no family in history ever got this far,” Floyd’s brother Rodney said on MSNBC after the verdict. “You know, to get a guilty charge on all the counts. We got a chance to go to trial and we took it all the way through. So this right here is for everyone that’s been in this situation. Everybody. Everybody.”

In a tweet, Minneapolis mayor Jacob Frey said, “George Floyd came to Minneapolis to better his life. But ultimately his life will have bettered our city. The jury joined in a shared conviction that has animated Minneapolis for the last 11 months. They refused to look away and affirmed he should still be here today.”

The highly anticipated verdict comes as Minneapolis — and the nation — grapples with the outrage and trauma of watching a police officer kill yet another Black man, Daunte Wright, about a week ago.

The trial has again focused the country’s attention on police killings in the United States. Since the first day of testimony, more than 60 Americans have died during encounters with law enforcement, according to a tally by the New York Times. Black or Latino people represented more than half those killed. Just hours before Minnesota prosecutors made their opening statements, 13-year-old Adam Toledo was shot dead by a Chicago police officer while he had his hands in the air.

Floyd’s death over a fake $20 bill, which was captured on a viral video last May, sparked a national reckoning over police brutality and racial justice. And Chauvin’s murder trial — livestreamed to millions — became a test of whether the US criminal justice system could meet the moment.

Two questions were at the center of the nearly three-week trial: What was Floyd’s cause of death? And was Chauvin’s use of force lawful?

A team of prosecutors for the state sought to prove that Chauvin’s actions of restraining Floyd with his knee for 9 minutes and 29 seconds, coupled with his failure to provide medical aid, led to Floyd’s death on May 25, 2020.

Chauvin’s attorney, Eric Nelson, argued that the officer’s use of force looked “awful” but was “lawful” and that Floyd’s ingestion of illegal drugs and his heart disease caused his death.

For the jury — comprised of six white people and six people of color — there was no dearth of visual evidence. As one witness, a forensic pathologist, said, “I’ve never had a case like this that had such thorough documentation of the terminal events.”

Jurors were shown multiple videos from cellphones, body-worn cameras, and surveillance tapes that captured every minute and angle of the deadly encounter; from the time Floyd used a counterfeit $20 bill at the Cup Foods store to the final moments of his life under the weight of Chauvin’s knee.

The jury heard from several bystanders, including teenagers, a 9-year-old girl, an off-duty firefighter, and a 61-year-old man, many of whom cried as they recalled in gutting detail, their growing concern at watching Floyd die and the guilt and helplessness they felt in being unable to save him.


“It’s been nights I stay up apologizing and apologizing to George Floyd for not doing more and not physically interacting and not saving his life,” Darnella Frazier, the teen who took the viral video of Floyd’s arrest, told the court in tears. “But it’s not what I should have done,” she said, before referencing Chauvin. “It’s what he should have done.”

In a rare occurrence of police calling out one of their own, several high-ranking Minneapolis police officers testified that Chauvin violated the department’s use-of-force policies and training protocols.

“Once there was no longer any resistance — and clearly when Mr. Floyd was no longer responsive and even motionless — to continue to apply that level of force to a person prone down, handcuffed behind their back … that in no way, shape, or form is part of our policy, is not part of our training, and is not part of our ethics and values,” Minneapolis Police Chief Medaria Arradondo told the court.

Several medical experts for the prosecution told the jury that Floyd died of low oxygen due to the officers restraining him as he lay handcuffed and prone on the street.

In an enduring moment of the trial, the jurors saw an image of Floyd’s knuckles pressed against the tire of the squad car as a pulmonologist described that Floyd was so desperate for air, he used his fingers and knuckles to try to position himself to breathe while being pinned down by Chauvin.

Over two days, Chauvin’s attorney called seven witnesses, including his own use-of-force expert to support his argument that — contrary to what the videos showed — an “angry” crowd of onlookers became a distracting threat to Chauvin who used “objectively reasonable” force against Floyd. A medical expert for the defense, who admitted to having no evidence, blamed carbon monoxide from the police car for contributing to Floyd’s death.

In closing arguments on Monday, prosecutors defended policing as a “noble profession” but singled out Chauvin as an exception for causing Floyd’s death.

“This wasn’t policing, this was murder,” prosecutor Steve Schleicher told the jury.

Nelson argued that Chauvin acted as a “reasonable” police officer would and suggested it was “preposterous” to disregard Floyd’s enlarged heart, his heart disease, and use of drugs as contributing factors to his death.

In his rebuttal, prosecutor Jerry Blackwell told the jury that Floyd, 46, had lived for 17,026 days with all the conditions that Nelson laid out as causing his death. “Except for one day,” he said.

“You’ve been told, for example, that Mr. Floyd died because his heart was too big,” Blackwell said. “The reason George Floyd is dead because Mr. Chauvin’s heart was too small.”