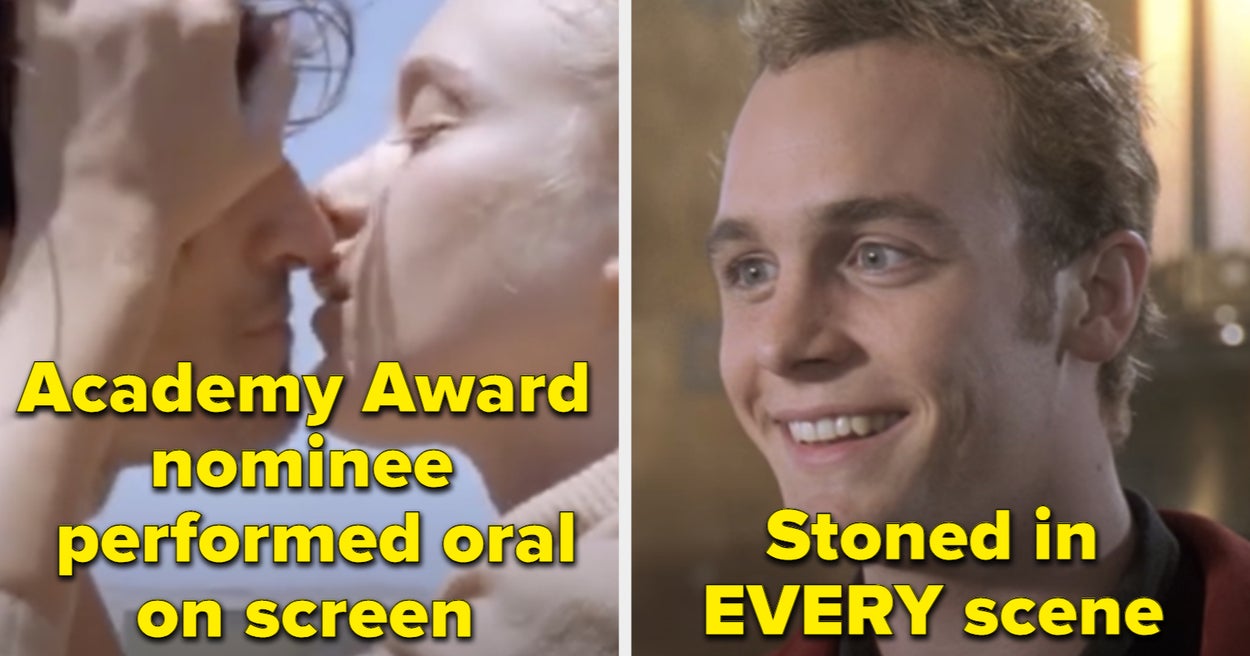 Ethan Embry was so stoned while shooting Can’t Hardly Wait that the only thing he remembers about the experience is being asked by the director if he was “altered.”

Norman Lloyd was a couple of months shy of 100 when he filmed his role in 2015’s hit Trainwreck.

In 2006, a remake of the ’80s comedy Revenge of the Nerds starring Adam Brody, Jenna Dewan, and Kristin Cavallari went into production, but it was never finished.

LL Cool J and Jamie Foxx had such a massive fight on the set of Any Given Sunday that the police were called.

In 1964 a glamorous young movie star named Dolores Hart stunned Hollywood by leaving it all behind to become a nun.

Prince William and Prince Harry shot cameos as stormtroopers in Star Wars: The Last Jedi, but were cut out in the end.

Harrison Ford made a cameo in E.T. the Extra-Terrestrial but ended up forever an outtake.

Kirsten Dunst was accidentally given a real joint to smoke instead of a fake one while filming Woodshock, and had to be sent home for the day.

Chris Farley was originally hired to perform the voice of Shrek, and he’d already completed 80–90% of Shrek’s lines when he died of a drug overdose at age 33 on Dec. 18, 1997.

When Paul Walker died barely halfway through filming Furious 7, the filmmakers completed his performance with the help of groundbreaking CGI and his brother.

Even more improbably, Carrie Fisher’s role in in Star Wars: The Rise of Skywalker was created using outtakes from The Force Awakens and CGI.

Kevin Costner tried to make a sequel to The Bodyguard — but this time around, instead of protecting Whitney Houston, he would’ve been guarding Princess Diana!

Beetlejuice almost had a sequel too — with a totally unexpected concept to be titled Beetlejuice Goes Hawaiian.

The first film to dramatize the story of the Titanic hit screens just 29 days after the ship went down — and starred an actor who survived the sinking.

James Cameron’s Titanic originally had a long action scene that test audiences rejected — to the point where it was entirely cut out of the final film.

Here’s one more Titanic factoid: Matthew McConaughey was nearly cast as Jack instead of Leonardo DiCaprio, and Rose was nearly played by Claire Danes instead of Kate Winslet.

In 1992, the chairman of Paramount Pictures spent a whopping $2.5 million on a film treatment that was a mere two pages long.

The ending of Legally Blonde was totally re-tooled after it underwhelmed at a test screening.

Forrest Gump was adapted from a book that described Forrest as being 6’6″, 242 pounds, and having a huge penis.

Forrest Gump nearly had a sequel where Forrest was a single dad raising a little boy with AIDS.

Rachel Weisz played Evelyn Carnahan in The Mummy and The Mummy Returns but was replaced by Maria Bello in The Mummy: Tomb of the Dragon Emperor.

The Disney executive who bought the screenplay for The Sixth Sense ended up losing his job over the purchase.

Nicole Kidman was the original star of David Fincher’s Panic Room but was replaced by Jodie Foster after an unfortunate incident.

And lastly, Eric Stoltz played Marty McFly in Back to the Future for seven whole weeks before he was fired and replaced by Michael J. Fox.