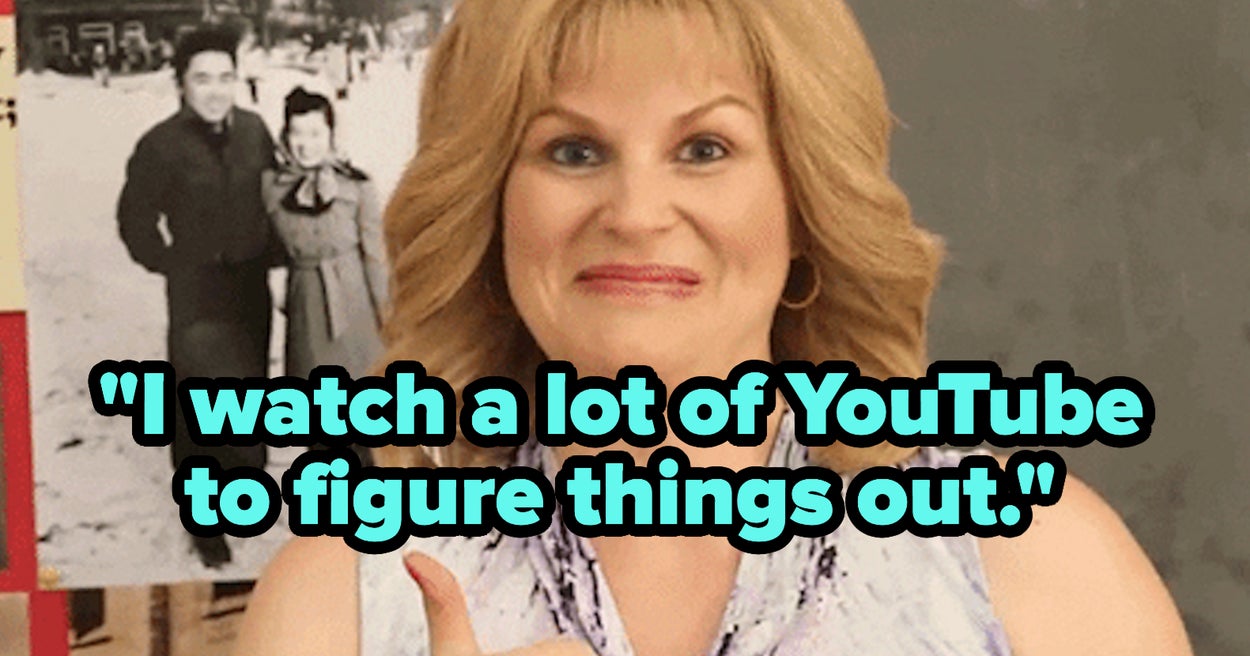 Adulthood is SO confusing. When you’re a kid, you have all these fantasies about what it means to be an adult. Then, you become an adult, and you’re like, “WTF is this?”

We asked members of the BuzzFeed Community to share the myths about adulthood that they wish they’d debunked sooner. Here are the insightful results:

“Homeownership sucks. It has advantages over renting for sure, but the house projects are never-ending and you have to do a lot of them yourself.”

“Around 30, you will slowly start to give up on some of the dreams you had when you were younger. Circumstances will change. You will take on new responsibilities and have to consider the cost of everything, so some doors just won’t be open anymore. But, part of adulthood is accepting that. Not in the sense of giving up on yourself, but learning to find happiness without that dream job, dream house, dream car or whatever.”

“Being an adult is just pretending to be one. You’re just winging everything. I watch a lot of YouTube to figure things out. Then, you go to bed and do it all again tomorrow.”

“A huge myth I grew up believing was that college wasn’t optional and if you wanted to be successful, you had to graduate from a four-year university.”

“It’s silly, but I thought once I became an adult, all my childhood fears would go away. If anything, now I’m more afraid of randomly getting murdered or finding someone hiding under my bed or in my closet. And, I’m terrified of the dark. No one prepared me for this.”

“I grew up in the ’80s watching many Looney Tunes cartoons and I always thought quicksand and Acme anvils were going to play a bigger role in adulthood. Shockingly, they do not.”

“The biggest myth is that people only get acne as teenagers! I now get to battle fine lines and wrinkles, along with acne. It’s some bullshit.”

“I thought that there wouldn’t be anymore bullies once school ended. I was shocked to slowly realize it’s not something people necessarily grow out of.”

“I thought adults wouldn’t be so concerned with cliques and popularity. I was dead wrong. Adults are more fixated on arbitrary social order.”

“A big myth is that adulthood equals freedom. I have never felt so obligated, tied down, and locked in.”

“A myth about adulthood is that you’re considered a complete adult once you turn 18. You still have to follow your parents rules until you move out. And, you’re probably still going to be dependent on them financially for a while.”

“I thought that by the time I was in my twenties I would have a career. Turns out I didn’t even know what I wanted to do until I was over 30. Meanwhile, all my friends were buying a house and working their dream jobs. I didn’t publish my first book until I was 33. I wish I had been kinder to myself. Comparison truly is the thief of joy.”

“I thought that somewhere along the way, someone would explain it all to me. Also what happened to my ‘permanent record?’ Is that really a thing?”

“Literally no one cares about what grades you got. Do well enough to get yourself to the next level, to college, or to get a job, but you don’t need to do more than that.”

“Your parents and other adults are also imposters who don’t know what they’re doing!”

“It’s a myth that you need to make some grand life plan and then stick to it. Here’s the thing: Stuff will happen for which you can’t possibly plan. If you want a plan, that’s fine, but be ready and willing to alter it as life goes on. There’s just no way to plan for every possible outcome. Make goals in two-year increments. That’s more realistic and manageable.”

“People think that the best years of your life are when you’re young. They aren’t. Sure, you may have fewer responsibilities as a child, but having your own agency as an adult — being able to make your own decisions — is the best! I’m about to turn 50 and it just keeps getting better and better. Being young is so hard. I wouldn’t go back for anything.”

“‘The one’ and ‘love at first sight’ don’t exist. When you fall in love, it won’t be the magical experience you see in rom-coms. Relationships require work to maintain, and romance doesn’t just appear out of thin air.”

Finally: “It’s okay to ask for help! Just because you hit a certain age, it doesn’t mean you magically know everything.”

What’s a misconception about adulthood that you wish you’d figured out sooner? Drop it in the comments below!