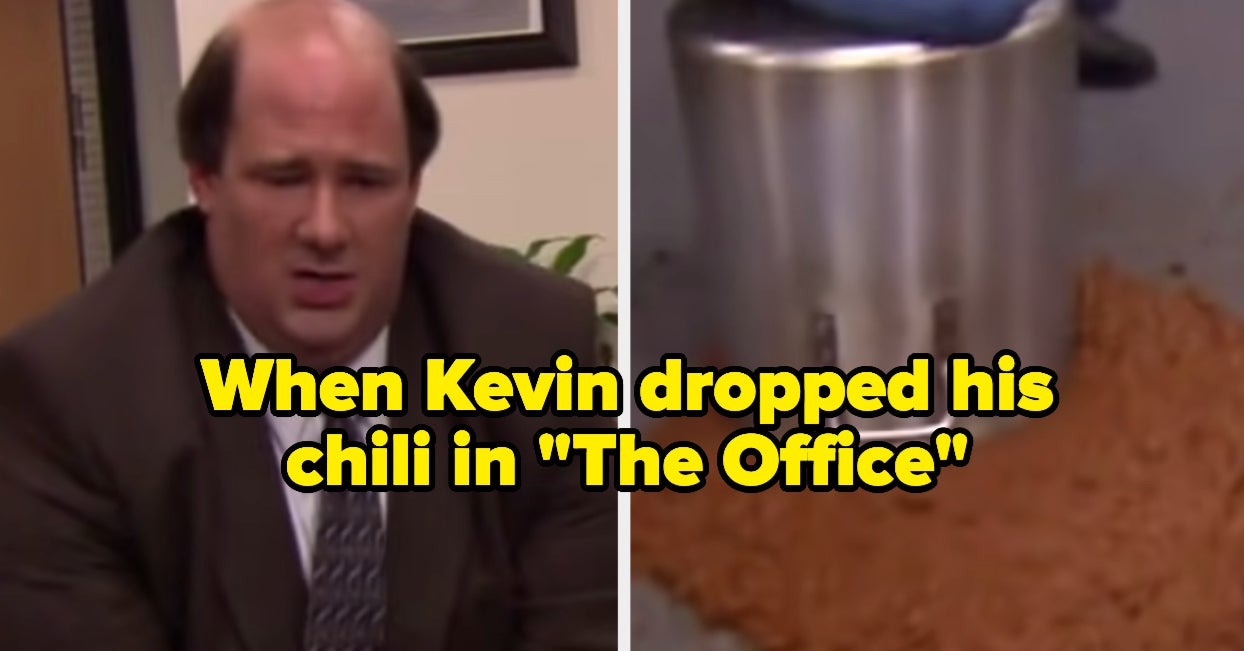 We asked the BuzzFeed Community to share the movie and TV moments that were supposed to be funny but just made them really sad. Here are the responses that might make you rethink your favorite scenes:

Warning: some submissions include topics of suicide, drug abuse, and verbal abuse.

When Kevin spilled his famous chili in The Office:

When Luis described how his life was falling apart in Ant Man:

Whenever the group would absolutely derail Cricket’s life in It’s Always Sunny in Philadelphia:

When Happy unwittingly sent his grandmother to the retirement home/quilting sweatshop in Happy Gilmore:

When Moss acted out the goodbye Roy never got from his ex-girlfriend during a game of D&D in The IT Crowd:

Whenever Gina mocked or insulted Amy for being into the “boring” stuff she was passionate about in Brooklyn Nine-Nine:

Whenever Michael insulted Toby and no one stood up for him in The Office, which was basically all the time:

When Sandra’s cat’s sickness and death was treated like a joke in Superstore:

When Beck and Jade had a huge fight in the closet, causing Cat to have an anxiety attack and faint in Victorious:

When Leslie visited Jerry’s home and he cought a cup she almost dropped in Parks and Rec, implying that wasn’t actually clumsy, just constantly nervous at work:

When Phoebe would talk about her past struggles and traumas, and the audience would constantly laugh in Friends:

When Rico threw the steak at Napoleon’s face in Napoleon Dynamite:

Whenever the adults would make fun of and insult Kimmy — a child — in Full House:

When Aunt Viv was pregnant in The Fresh Prince of Bel-Air and Ashley was worried the new baby would make everyone forget about her, and then they literally forgot about her when they went out to dinner:

Whenever Dorothy and Blanche acted totally disinterested in Rose’s stories about St. Olaf in The Golden Girls:

When Santana went on her savage rant against Kurt in Glee:

When Rachel’s father had a heart attack in Friends and they played the laugh track over it:

When George’s fiancé Susan died and we were expected to laugh about it in Seinfeld:

Anytime Leonard’s mother belittled him and favored Sheldon over him in The Big Bang Theory:

And finally, when Thor gained weight after killing Thanos in Avengers: Endgame and it was treated like a hilarious joke: