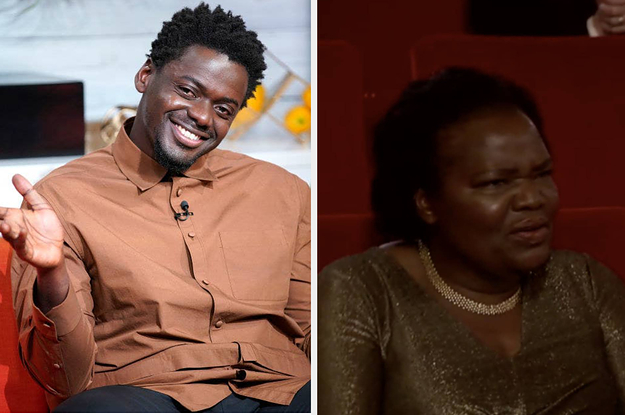 We can all thank Daniel Kaluuya for possibly one of the greatest Oscars speeches ever delivered.

While accepting the award for Best Supporting Actor for his role as Fred Hampton in Judas and the Black Messiah, Daniel ticked off all of the usual Oscar-speech etiquette.

He thanked his mom, his sister, the Judas cast and crew, and Fred Hampton’s family for allowing him to “share [their] truth.”

The speech was raw, it was beautiful, it was powerful and then…it took an interesting turn…

Never have I ever expected to hear “my mom met my dad, they had sex” spoken so plainly on stage during an Academy Award speech, like he’s explaining the birds and bees to a bunch of 6th graders.

And lord, BLESS the camera man who immediately panned to Daniel’s mom and sister because they were just as confused as the rest of us.

His mom is serving a “is he really talking about sex at the Academy Awards” look.

And yes, it might be one of the greatest reactions to any speech in Oscar’s history.

Anyone who’s followed Daniel’s career knows he is very open about his close relationship with his mom, and isn’t shy in sharing all of her motherly honesty about what he does for a living.

Sooo…I think it’s safe to assume his mom might have some words for him post-ceremony, and Daniel clearly knows it.

Until then, Daniel will probably be laying low backstage.

You can check out more of our Oscar’s coverage here! And tell us what you thought about Daniel’s speech in the comments.