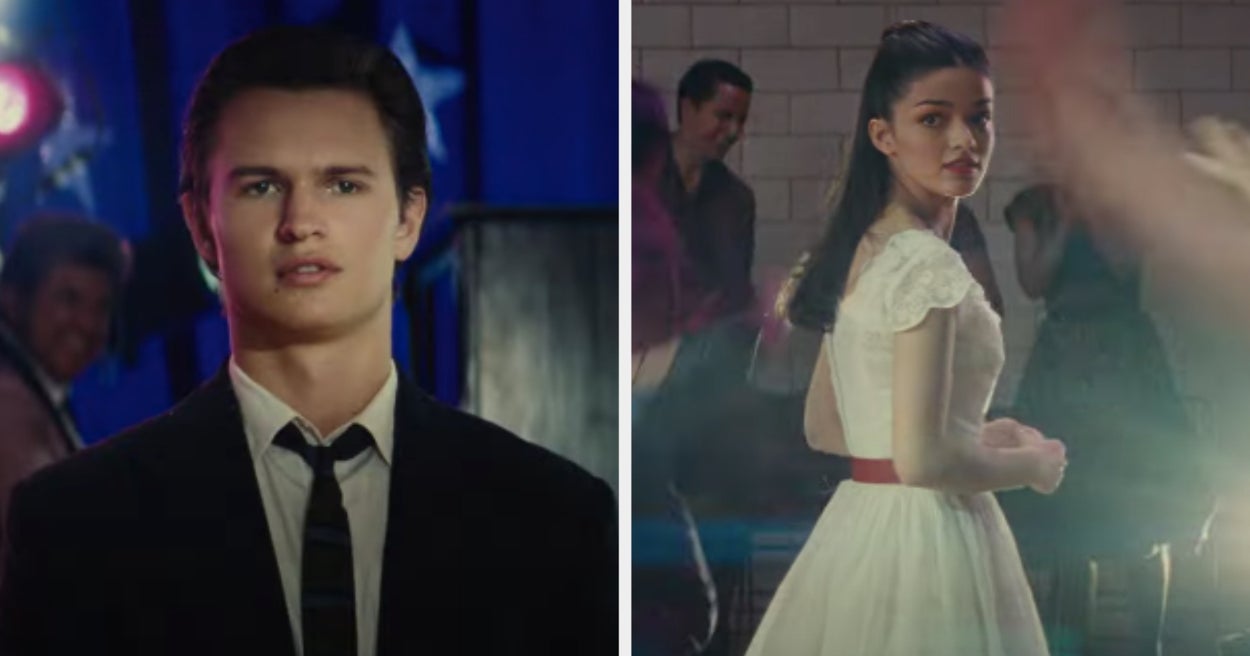 As a former (and still recovering) musical theater kid, it’s probably pretty obvious that I’ve been looking forward to seeing ANYTHING from Steven Spielberg’s upcoming take on one of the most incredible musicals ever written, West Side Story.

Well, tonight during the Academy Awards, we finally got our first look at the highly-anticipated remake — and y’all, it looks incredible! Check it out here:

Now, the teaser may only be one minute and 30 seconds long, but it gives us SO! MUCH! TO! LOOK! AT!

It kicks off with various shots of the city, accompanied by that all-too-familiar ~whistling~ sound.

Then, we see various shots of the snappin’ and singin’ gangs, likely prepping for one of their many intense dance-fights.

We also get our first real look at our new Maria (Rachel Zegler) and Tony (Ansel Elgort) together, as they catch eyes from across the room at the dance.

And, of course, we see the iconic E.G.O.T. winner, Rita Moreno, returning to the West Side Story world, this time as a character named Valentina.

Naturally, the whole thing culminates in THAT shot. THE shot. You know the one — the one where Tony meets Maria on the balcony after the dance, performing full Romeo and Juliet realness? Yeah, THAT shot.

Y’all!!! The colors! The dancing! The costumes! The! Emotional! Music! Swelling! To! The! Title! Card!

So, uh, yeah. I’m pretty excited! Be sure to catch West Side Story in all of it’s musical glory when it’s released Dec. 10th! Until then, catching me rewatching this lil’ teaser over and over and over again!