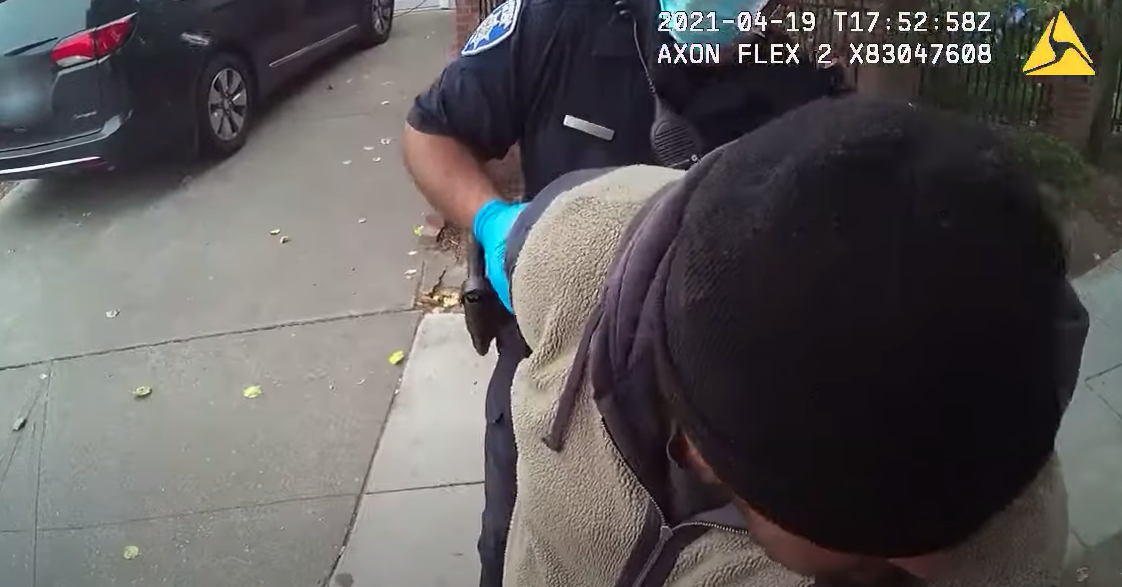 In a brief statement released last week, Alameda Police said Mario Gonzalez died after a “physical altercation ensued” with police during which he “had a medical emergency.”

What the video actually shows, and what police didn’t mention at the time, is that officers pinned him to the ground for just over five minutes, at times applying pressure on his back with a knee, until he lost consciousness.

Gonzalez’s mother, Edith Arenales, said in a press conference on Tuesday after the video was released that police were “lying to me” in how they described the incident that led to her son’s death.

“They broke my family for no reason,” she said.

Officers encountered Gonzalez while responding to “two separate reports of a male who appeared to be under the influence and a suspect in a possible theft,” according to the department’s initial press release.

Police released the two 911 calls that preceded the incident. In the first one, the caller reported that a man was “kind of talking to himself” and “not making any sense.”

“He’s not doing anything wrong, he’s just scaring my wife,” the caller said.

In the second call, the caller said Gonzalez had “two Walgreens baskets with some alcohol bottles that he looks like he’s breaking the security tags off of.”

In the body camera footage (warning: some people may find it disturbing) of the incident, an officer can be seen approaching Gonzalez, who was alone in a park with two grocery baskets. Gonzalez and the officer speak calmly to each other for several minutes. Gonzalez seems disoriented and struggles to answer questions such as what his name is.

Two officers then attempt to arrest Gonzalez, repeatedly trying to pull his hands behind his back, eventually pushing him to the ground. The two officers can be seen on top of Gonzalez, pinning him to the dirt, as he can be heard crying out.

At one point, an officer can be heard asking whether they can roll him onto his side, to which the other officer responds, “I don’t want to lose what I got.”

One of the officers can then be heard telling the other, “We have no weight on his chest… No, no, no weight, no weight.”

But the officers then realize Gonzalez has lost consciousness and administer CPR until emergency medical responders arrive.

The incident is now under investigation, and three officers have been placed on paid administrative leave, police said.

A spokesperson for the city told BuzzFeed News the officers are James Fisher, Cameron Leahy, and Eric McKinley.

Gonzalez’s family has condemned the officers’ actions and called for accountability.

His brother, Gerardo Gonzalez, called the treatment he saw in the video “unnecessary and unprofessional,” saying it was a nonviolent situation that police had no reason to escalate.

“The police killed my brother in the same manner that they killed George Floyd,” he said.

Gerardo Gonzalez said his brother was a “kind and humorous man,” a loving father to his 4-year-old child, as well as the caretaker for their brother who has a mental disability.

Julia Sherwin, a civil rights attorney representing the family, told BuzzFeed News the incident is “extremely disturbing,” and she questions why police escalated it in the way that they did.

“In the United States, we don’t kill people for being drunk in a park, or for being suspected of stealing two bottles of liquor, or for being unarmed and resisting the police passively,” Sherwin said. “And yet Mario is dead.”