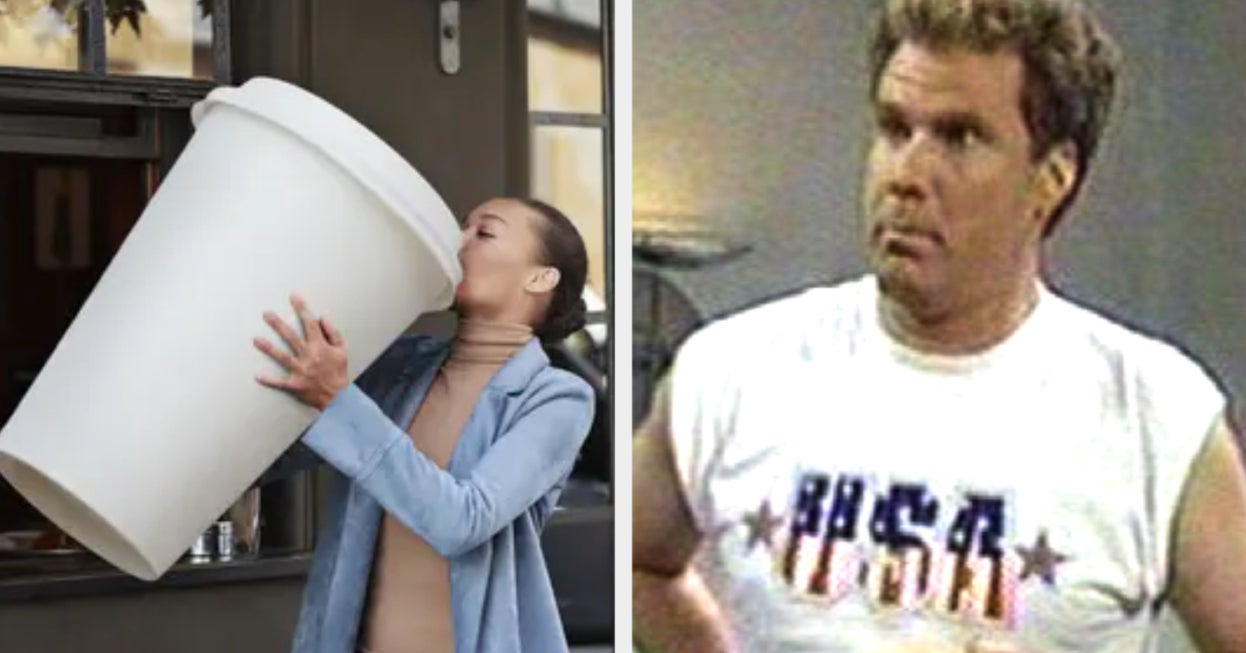 Here in the United States, a lot of people think the way WE do things is the way the rest of the world does things. Obviously, that ain’t the case. Over the past few years, people on Reddit have shared the things they really can’t quite understand about Americans and, of course, it’s juicy.

Here are the best responses:

“You have a whole aisle in your supermarkets dedicated to just cereal.”

“The huge number of flags everywhere.”

“Big glasses of water WITH ICE at restaurants.”

“Paying for an ambulance.”

“Your news. It’s over-sensationalized. I couldn’t believe it when I visited. Every news program seems much less like news and more like reality TV.”

“You can buy milk in gallon-sized containers.”

“Americans are nice and will stop to talk to strangers.”

“Red Solo cups are not just a Hollywood prop.”

“You can get into university just by being good at sports.”

“How desensitized they are to violence on TV and movies.”

“That you can get fired just like that and have no income.”

“The Pledge of Allegiance.”

“The toilet water being so high. Wiping was terrifying!”

“The idolization of politicians.”

“Tipping. I had zero clue about tipping/how to tip, and I got a lot of dirty looks during my first solo trip there. I felt like shit after finding out.”

“Yellow school buses are actually a thing in America. I honestly thought it was just a cartoon thing, but nope!”

“There are security guards in the school halls, and some schools even have metal detectors at the entrance like the TSA at airports.”

“You have those angry sinks* that chop shit.”

“On Halloween, masked people come to your house and knock on your door asking for candy. Mostly it’s just packs of kids, but sometimes whole families.”

“The minimal number of paid days off you get from work.”

“Identifying as your heritage instead of your nationality. Americans will say that they’re Italian, German, Polish, etc., when they don’t speak the language and have no real connection to those countries anymore. In other parts of the world, people just identify with the country they were born in or have lived in for a significant amount of time, regardless of their ancestry.”

“Attack ads against political opponents, and ads for law firms or lawyers. These kinds of ads are illegal and considered unethical in our country.”

“Talking really loudly in public places. Default volume of most Americans seems to be about 10 decibels higher than that of every other country’s inhabitants.”

“The honking…I thought it was a movie stereotype, and then I went to New York.”

“Your country is huge! I got off the plane and asked the cab guy how far the hotel was and he said about 30 miles. I almost had a heart attack.”

“Huge gaps in the sides and bottoms of toilet stalls that people can see through.”

“The TV ads for prescription medication always get me.”

“That you guys don’t include taxes in your prices? I went to a convenience store to get a drink and was very confused when the price labeled was different at checkout.”

“In many US states, some criminals can’t vote, even while on parole.”

“Expensive required textbooks that you HAVE to buy to take a university class.”

“There was a 24-hour pharmacy across the street from our apartment. Nothing shocking there, except that it ALSO sold booze and cigarettes. What the actual fuck, like…”

“Wearing outdoor shoes inside the house.”

“Saying, ‘How are you doing?’ or ‘How’s it going?’, etc. just means ‘hello.’ I’ve noticed non-Americans tend to think this is an invitation for them to share their life troubles while most Americans just use it as a greeting.”

“The size of your SUVs and trucks.”

“The size of rats and the amount of cockroaches. I saw a roadkill cockroach the size of a tennis ball at the Grand Canyon. I have lived in Berlin for years, and I have yet to see any rat that comes close to New York rats.”

“The extreme variety between the states.”

“What the hell is a pep rally?”

“The coupons. I was visiting a friend of mine who is from the States, and she bought a book of coupons. The discounts you could get were ridiculously fantastic!”

“Putting a ton of sugar in products like bread.”

“When traveling to another part of the world, an American will ALWAYS say the city and/or state they’re from, not the country. We’ll be at a hostel and someone will ask where everyone’s from: ‘Denmark, Germany, France, Australia, Japan, Canada … Sacramento, California.’”

“Not owning kettles and microwaving water for coffee/tea.”

“The fear of clowns. This is pretty much anecdotal but the fear of clowns seems to be a VERY American thing yet with other countries the reaction goes from ‘meh’ to ‘I guess they’re scary?'”

“Chanting ‘USA!’ for no apparent reason.”