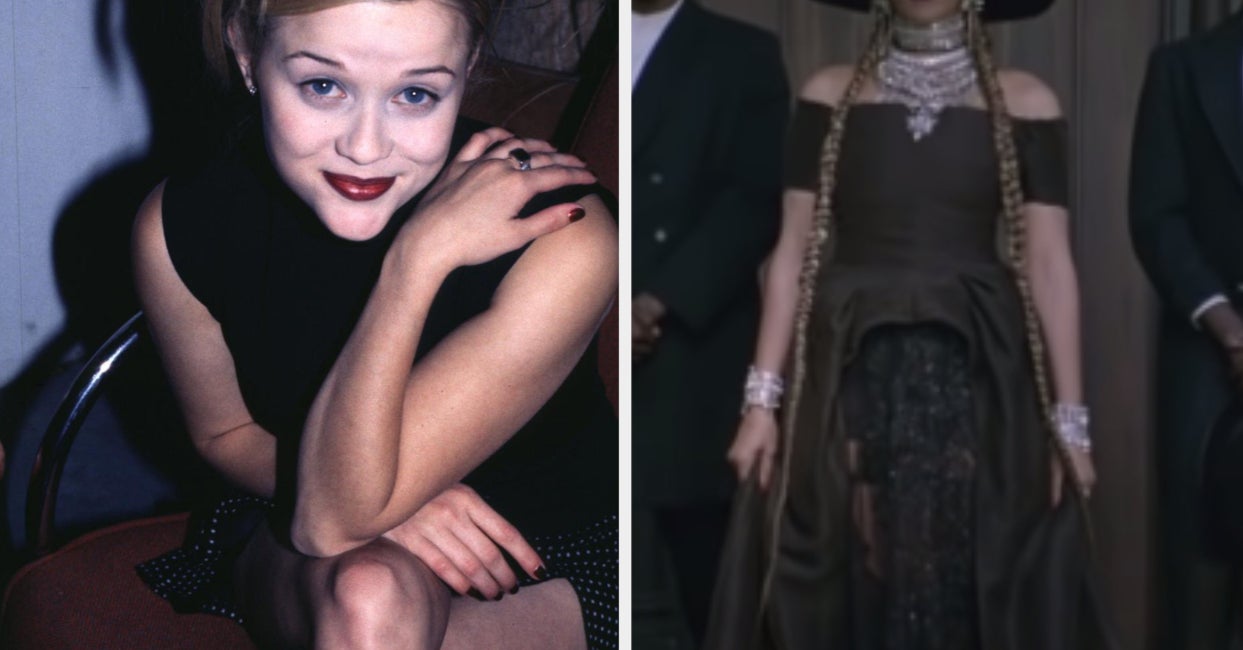 Reese Witherspoon looked back on some of her oh-so-’90s looks:

Jamie Foxx remembered when he won the Best Actor Oscar for Ray in 2005 and brought his daughter, Corinne Foxx, as his date:

Gwyneth Paltrow posted this photo of herself at the Oscars in 2007:

Janet Jackson remembered when she was nominated for an Academy Award for Best Song (for “Again”) and performed at the ceremony in 1994:

Janet also celebrated the 20th anniversary of her seventh album, All for You:

Alicia Silverstone reminded everyone that she didn’t need an Oscar ’cause she won a Favorite Movie Actress Kids’ Choice Award in 1998:

Dionne Warwick celebrated the 57th anniversary of her classic pop song “Walk on By”:

Mark Ruffalo commemorated the second anniversary of Avengers: Endgame by sharing this photo from when he, Kevin Feige, Chris Hemsworth, Chris Evans, Robert Downey Jr., Scarlett Johansson, and Jeremy Renner put their handprints and autographs in cement in front of the TCL Chinese Theatre in celebration of the film’s release:

Rich Sommer celebrated the 15th anniversary of the filming of the Mad Men pilot:

John Stamos threw it back to the filming of the first episode of Fuller House:

Robbie Amell remembered when he guest-starred on How I Met Your Mother in 2011:

Ringo Starr celebrated his 40th wedding anniversary to Barbara Bach by sharing a photo from their big day — where the two celebrated alongside George and Olivia Harrison and Paul and Linda McCartney:

Ahead of International Harry Potter Day, Tom Felton shared this #TBT of himself in Harry Potter and the Sorcerer’s Stone:

Salma Hayek shared these jaw-droppingly gorgeous #TBT photos of herself and her BFF, Penelope Cruz:

Hugh Jackman posted this video clip of himself performing “Once Before I Go” during his tours in 2015 and 2019:

Jennifer Lopez celebrated the 10th anniversary of her seventh album, Love?, by posting clips from the music videos from it:

And finally, Beyoncé celebrated the fifth anniversary of her classic and critically acclaimed visual album, Lemonade, by sharing various pics from the videos from it: