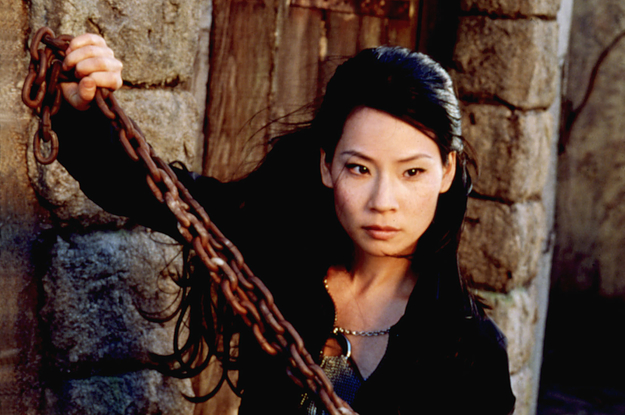 The Charlie’s Angels movie from 2000: A classic. No question.

Actor Lucy Liu — who starred in the film as well as the 2003 sequel Charlie’s Angels: Full Throttle along with Cameron Diaz and Drew Barrymore — recently wrote an essay for the Washington Post about how proud she was to be part of the film.

In the piece, Liu says that her presence in the film helped “move the needle” for onscreen representation in the Asian community.

“As part of something so iconic, my character Alex Munday normalized Asian identity for a mainstream audience and made a piece of Americana a little more inclusive,” she wrote.

In the essay, Liu also discussed her iconic role as O-Ren Ishii in Kill Bill, noting that she would sometimes be referred to in the media as a “dragon lady.”

“Kill Bill features three other female professional killers in addition to Ishii,” she wrote. “Why not call Uma Thurman, Vivica A. Fox or Daryl Hannah a dragon lady? I can only conclude that it’s because they are not Asian.”

“If I can’t play certain roles because mainstream Americans still see me as Other, and I don’t want to be cast only in ‘typically Asian’ roles because they reinforce stereotypes, I start to feel the walls of the metaphorical box we AAPI women stand in,” she continued.