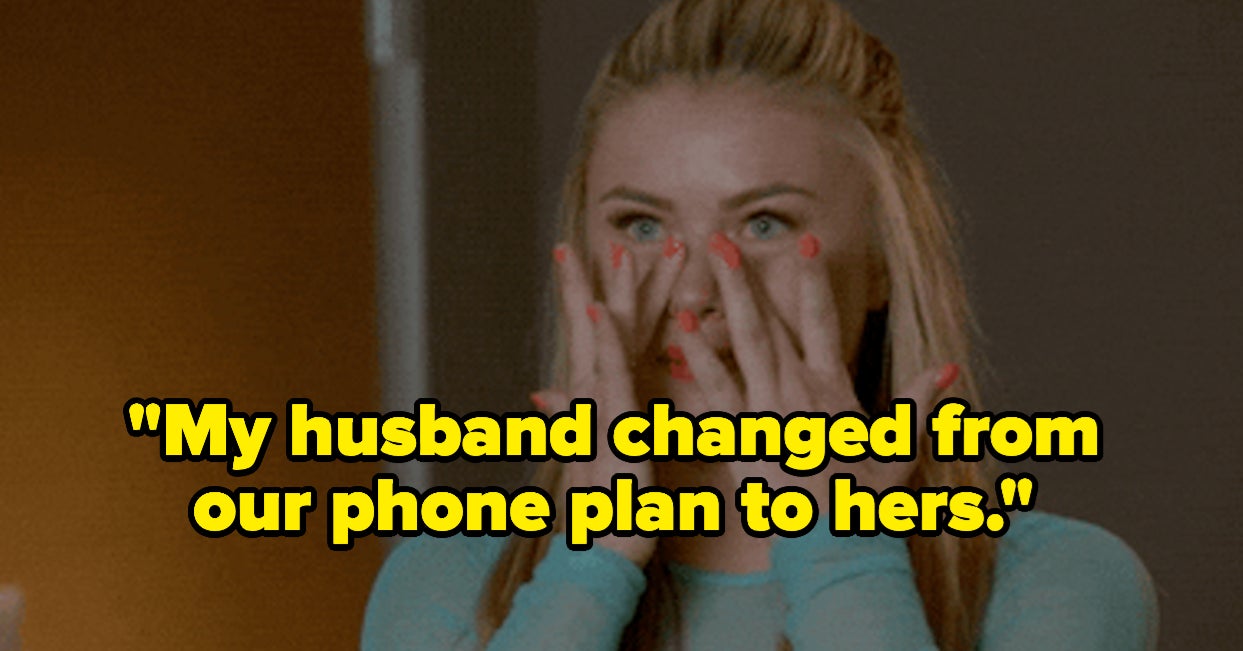 Getting cheated on by a partner is one of the most horrible and hurtful offenses imaginable. It’s especially awful when the unsuspecting party accidentally catches their partner in the act.

Reddit user u/DEDCMDM94 posed the question, “What is your ‘accidentally caught your spouse cheating’ horror story?” The thread, which is now filled with thousands of responses, is equal parts heartbreaking and infuriating. Here are some of the wildest and worst stories:

“My husband changed from our cellphone plan to hers. Verizon sent me an email confirming the change and the account his line was added to, which included her name. I asked him, and he lied. I looked her up on Facebook, and it turned out they had just celebrated their two-year dating anniversary. We had just celebrated eight years of marriage.”

“I saw his mum post a picture of her new grandchild on Facebook. The kid sure as hell didn’t come from my vagina.”

“I found my wife’s notebook, and written on the first page was a 10-step plan detailing how she was going to leave me for another guy. I turned it into one step.”

“I guess I wasn’t supposed to be home. FedEx delivered two tickets to Vegas right to the house. The tickets had her name and some other dude’s name.”

“While on family vacation, I picked up his phone because I was bored and the kids were playing on mine. I saw a message to some girl describing the sex he and I had had the night before. We spent the rest of the vacation fighting via text while trying (and failing) to act normal.”

“My mom’s best friend went to have lunch with one of her friends from church choir to meet that woman’s new boyfriend. Surprise — it was my boyfriend.”

“My girlfriend accidentally ran over her phone and destroyed the screen. She asked me to backup all her stuff and transfer it to her new Pixel. I used the backup tool and saw all sorts of dirty messages and nudes sent to another guy.”

“I came back from a trip four hours early. My wife was supposed to be at work still. I opened the front door to see her sitting topless on the couch making out with a coworker. He ran out the door and she ran into a bathroom and locked the door.”

“On Christmas Eve, I got onto the computer to find a photo for a last-minute gift — an ornament with a family photo. Instead, I found a love letter to her from some guy at the gym. I kept looking and founds tons more.”

“I caught my ex thanks to Pokémon Go, of all things. She mentioned that Pokémon Go was using a lot of her data. I explained that she could go to her settings to see how much data apps were using. I proceeded to show her how to check and then proved to her that Pokémon Go wasn’t the problem by pointing out Tinder was using way more data.”

“My brother discovered a condom inside his fiancé. It wasn’t the brand he uses.”

“One day, I received an anonymous letter that stated my boyfriend of seven years was seeing another woman. The letter claimed to be sent by a different woman that he was also seeing. I confronted him, and of course, he denied. I checked his emails and found Google messages from a third woman. I found out he was cheating with three different women for five years.”

“I woke up one morning to my phone going off with a notification saying my Uber was arriving. I had just woken up and knew I wasn’t the one who ordered it. Then, I remembered giving my boyfriend access to my account while we were on Christmas vacation together. I didn’t think anything of him using my account to order a cab, until I saw where he was ordering it from. It was 7 a.m. and he was getting picked up outside of one of the university’s sororities.”

“My ex-wife was FaceTiming her boyfriend while topless and took a screenshot to send to him as a keepsake. Problem was, she accidentally sent it to me.”

“I was dating this guy and I noticed he wasn’t following me back on Instagram. I was initially like, ‘Wow, that’s rude,’ but then thought nothing else of it. Well, then I looked through his tagged photos. Less that 24 hours prior, his girlfriend had posted how much she loved him and how great he was. Such a sinking feeling.”

“It’s so classic and pathetic, but I found long blonde hairs in our bed. I’m a short-haired brunette, and he had a buzzcut. When confronted, he shrugged and said, ‘Well, what are you gonna do about it, anyway? Dump me? You can’t. We have a shared lease, so suck it up.’ Guess who got dumped the very same day with the help of a very understanding and outraged landlord who rescinded the lease?”

“A friend of mine was watching an NBA game on TV and saw her (now) ex in the stands. He was supposedly attending with a male colleague, but had his arm wrapped around a woman.”

Finally: “She fell asleep drunk with the secret phone he gave her in her hand. I went to bed saw her holding some strange phone that looked nothing like the one she had at the time. I grabbed it and saw all the messages.”

If you’ve ever accidentally caught your partner cheating, what’s your story? If you’re comfortable sharing, drop it in the comments below!