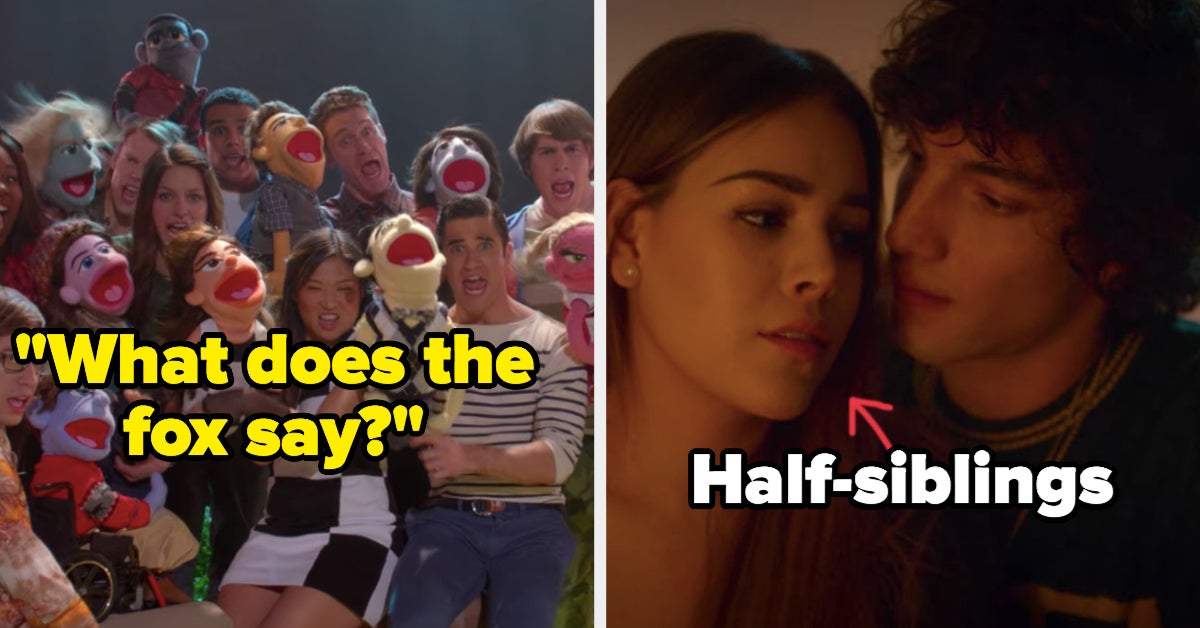 We recently asked the BuzzFeed Community to tell us which teen show moments were so bad, they never should have made the final cut. Here are some of their responses:

Note: Some of the following include mentions of sexual assault.

When Caroline became the surrogate for Alaric’s twins and then they developed a romantic relationship on The Vampire Diaries:

When everyone joined the farm cult on Riverdale:

When the whole town treated Grace being attacked like a big joke on The Secret Life of the American Teenager:

When Landon literally turned into goo and died after he and Hope had sex for the first time on Legacies:

When Clare thought Drew was the father of her baby, but then it turned out to be Eli’s on Degrassi: The Next Generation:

When Kevin, Fangs, and Reggie got caught up in a tickle video business on Riverdale:

When Clarke killed Bellamy over a sketchbook on The 100:

When Ben called Amy “his whore” on The Secret Life of the American Teenager:

When A was revealed as Spencer’s secret British identical twin on Pretty Little Liars:

When everyone dressed up as animals and sang “The Fox (What Does the Fox Say?)” with puppets on Glee:

When Nathan and Haley got married while still in high school on One Tree Hill:

When there was literally a cannibalistic ritual on The Chilling Adventures of Sabrina:

When Aria and Ezra’s student-teacher relationship was portrayed as totally fine and normal on Pretty Little Liars:

When Chuck sexually assaulted both Serena and Jenny in the very first episode of Gossip Girl:

When half-siblings Lu and Valerio had a sexual relationship on Elite:

When Malia and Scott dated on Teen Wolf:

When Veronica just casually ran a speakeasy as a high school junior on Riverdale:

Reminder that I, Kelly Martinez, do not necessarily endorse all of these submissions!

Note: Submissions have been edited for length and/or clarity. Not all submissions were from Community users.