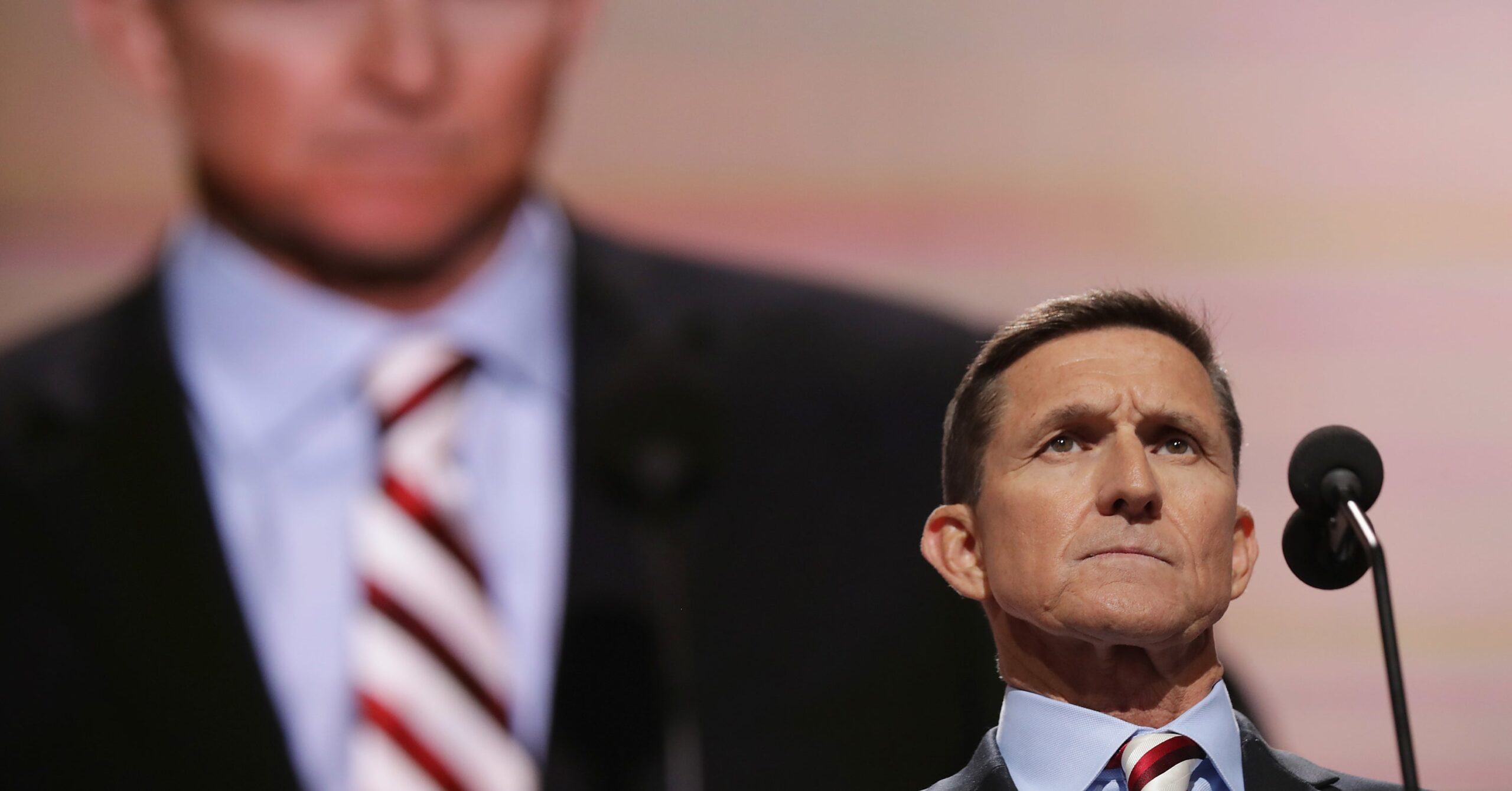 
Five days before Donald Trump was sworn in as president in January 2017, his former campaign manager, Paul Manafort, sent an email to the person Trump had chosen as deputy national security adviser.

“I have some important information I want to share that I picked up on my travels over the last month,” Manafort wrote to KT McFarland.

Manafort’s ties to foreign leaders had already attracted the scrutiny of the FBI, and McFarland wasn’t sure if she should take him up on his offer. So she sent an email to her boss, Michael Flynn.

“Give [sic] all that is going on should I meet with him?” McFarland asked.

“I would not meet with him until we’re in the hot seats,” Flynn wrote. “Unknown who he is working for and perception would not be good, especially now.”

These emails are part of a cache of nearly 300 pages of documents from former special counsel Robert Mueller’s investigation into the Trump campaign that were turned over Monday to BuzzFeed News and CNN in response to a Freedom of Information Act lawsuit. The records — emails, text messages and memos seized from subjects and witnesses — contain previously undisclosed details about the Trump campaign’s discussions involving Russia.

The records released Monday also show that Jared Kushner, Ivanka Trump and Donald Trump, Jr., were deeply involved in the early stages of the campaign. Ivanka told the co-chair of the campaign that Donald Jr. could recommend military advisers, and Kushner discussed his secret meeting with Henry Kissinger. And in a document titled “National Security Memo 4,” Sebastian Gorka, a future adviser to the president, warned the campaign that Russia was a “criminal enterprise” and that Putin would only respond to “a determined show of force.”

Some of the documents were redacted by the Justice Department and FBI for reasons of national security, privacy and ongoing law enforcement investigations.

That December, he wrote to Corey Lewandowski, Trump’s campaign manager: “I wanted to send this to you this past week but had forgotten.” Flynn shared a link to an article from Russia’s state-run Sputniknews that quoted Flynn saying the US must work with Russia and Arab countries to defeat the Islamic State.

“This is FYI, but something that Mr. Trump should at least be aware of … I have been very outspoken on this issue. At this point in the conflict, we (our current administration) has run out of good options. Also, I met with President Putin last Thursday in Moscow. We actually sat at dinner together.”

The records also include the text messages surrounding Flynn’s December 2016 communications with Russia’s former ambassador to the US, Sergey Kislyak, and Flynn’s efforts to contain the fallout. A month into his job as national security adviser, Trump fired Flynn for lying to Vice President Mike Pence about those communications. Flynn later pleaded guilty to lying to FBI agents about it.

On Dec. 29, 2016, as the Obama administration announced sanctions against Russia in response to its meddling during the campaign, Flynn received a text message from an unknown individual. It was a link to a New York Times story: “US Punishes Russia For Election Hacking, Ejecting Operatives.”

Flynn wrote back: “Ok. Tit for tat w Russia not good. Russian AMBO reaching out to me today.”

The documents reveal the array of individuals who sought out Flynn for his influence with the campaign. A vendor promised to knock off $100,000 from the price of a data program that would conduct “influence operations.” Someone else wanted to share a “declassified FBI document” that “involved a contract to investigate the servers.” The documents do not specify which servers. Flynn wrote: “get me a number.”

Even Wikileaks tried to connect with Flynn.

In June 2016, a month before Wikileaks released the first tranche of emails that had been hacked from the Democratic National Committee, the organization reached out to see if he would be a guest speaker on the livestream of Julian Assange, the organization’s founder. Assange was discussing Brexit and hoped the conversation would serve as “counterprogramming to some of the usual news discussion shows,” a Wikileaks producer wrote. Assange had seen Flynn on another TV appearance and was “very interested in his perspective from the US.”

Flynn’s camp quickly declined, with one unidentified associate writing to another: “do we really want the general associated with this gentleman?”

In May 2016, Barbara Ledeen — whose husband, Michael, wrote a book with Flynn and was in frequent contact with him during the campaign — reached out to a contact about what she said was a big story. After mentioning her connection to Flynn and Newt Gingrich, Ledeen said she and a colleague wanted to brief the person on “material we have found on the deep and dark web regarding stories you have been pursuing.”

The nature of that material isn’t disclosed in the email, but Ledeen said she hoped to speak with the person before the information was “locked up because of its sensitivity.” According to the special counsel’s report, Ledeen had been seeking emails that were purportedly hacked from Hillary Clinton’s server. In September, Ledeen claimed to have found a batch of them, but an adviser determined they were not authentic, according to the special counsel’s report.

The new documents also contain emails sent by political operative Roger Stone in 2015 and 2016 advising Trump on a wide range of policy initiatives. In an August 18, 2016 email he sent to Bannon under the subject line, “Congratulations,” Stone wrote, “Trump can still win — but time is running out. Early voting begins in six weeks. I do know how to win this but it ain’t pretty. Campaign has never been good at playing the new media. Lots to do — let me know when u can talk.”