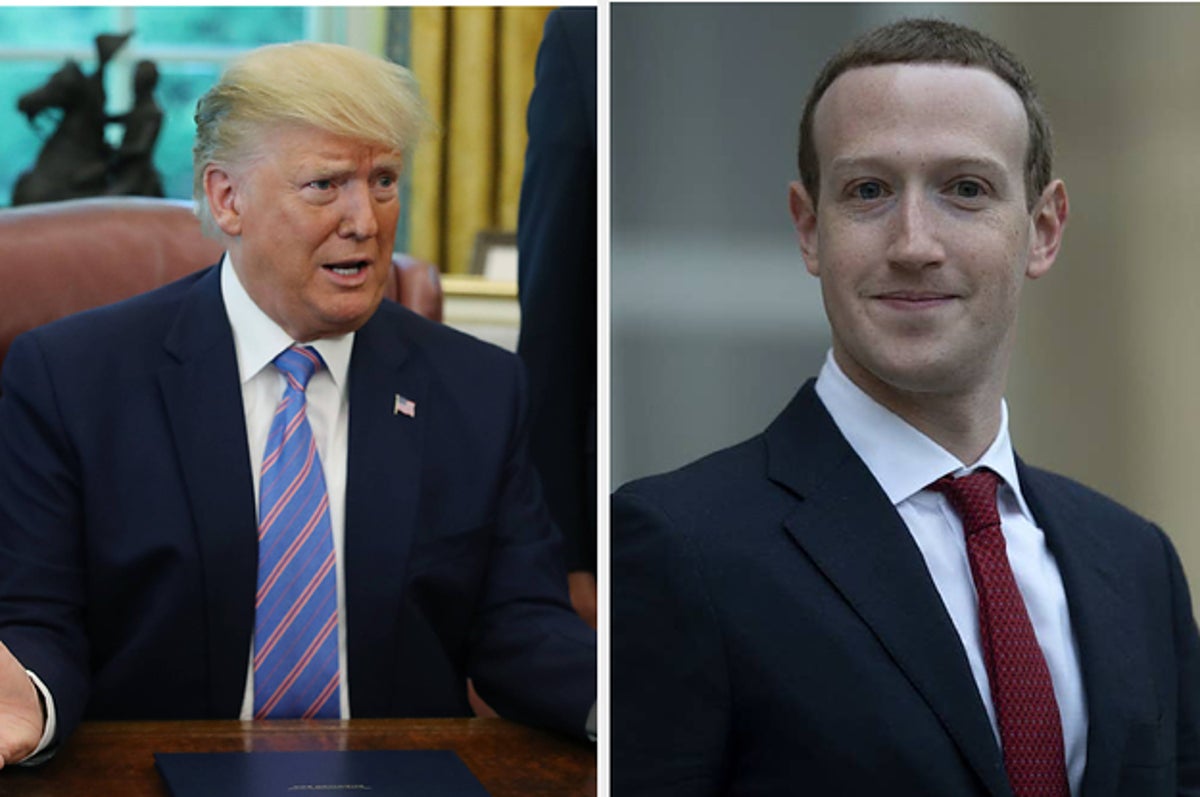 Facebook’s Oversight Board said it “upheld” the platform’s suspension of former President Donald Trump from posting for the time being — but also kicked the ultimate decision back to Facebook, saying it “must reexamine the arbitrary penalty.”

For now, Trump will not be allowed back on Facebook. The board said the decision will have to be reexamined in six months.

In its decision, the board heavily criticized the company’s lack of enforcement of its own policies.

“In applying a vague, standardless penalty and then referring this case to the Board to resolve, Facebook seeks to avoid its responsibilities,” the decision said. “The Board declines Facebook’s request and insists that Facebook apply and justify a defined penalty.”

By asking the Board to make the call, “Facebook actually shirked its responsibilities,” said Helle Thorning-Schmidt, board co-chair, in a public webinar following the decision.

“[Facebook’s initial ban] does not pass the American or international smell test for transparency, consistency, or clarity,” Michael McConnell, co-chair of board, said on the call.

The decision upheld a Jan. 7 move by the company’s CEO, Mark Zuckerberg, to ban the former president from the world’s largest social platform for using his Facebook account to incite the Capitol insurrection the day before. While his profile has remained accessible, it could not be used to create new posts or run ads.

Facebook’s ban was the first time a major social network kicked Trump off its platform. Twitter followed a day later.

The former president spread hate and lies to a massive audience on Facebook. He ran ads that invoked a Nazi symbol, justified violence against Black Lives Matter protesters by saying “when the looting starts the shooting starts,” compared COVID-19 to the flu long after the dangers of the new disease became clear, and spread false information about the election, which seeded the ground for the insurrection.

Facebook largely avoided taking action against the former president until after Jan. 6. It added warning labels to some of his posts, despite evidence those labels were ineffective. Executives justified leaving his posts up despite outcry from employees.

“We believe the risks of allowing the President to continue to use our service during this period are simply too great,” Zuckerberg wrote on Jan. 7. At the time, the CEO said the ban would last “at least the next two weeks until the peaceful transition of power is complete.”

The social network referred its decision to ban Trump to its Oversight Board — a kind of supreme court created by the company. The board is composed of legal scholars, activists, and journalists. Today’s decision is the defining test of its powers.

“The Board found that, in maintaining an unfounded narrative of electoral fraud and persistent calls to action, Mr. Trump created an environment where a serious risk of violence was possible,” the decision said. “At the time of Mr. Trump’s posts, there was a clear, immediate risk of harm and his words of support for those involved in the riots legitimized their violent actions.”

Although the board upheld the decision, it came with caveats.

“Anyone who is concerned about Facebook’s excessive concentration of power should welcome the Oversight Board telling Facebook that they cannot create unwritten rules when it suits them,” Thorning-Schmidt said in the public call.

The decision will have ripple effects not just in the US but worldwide, Imran Ahmed, the CEO of the Center for Countering Digital Hate, told BuzzFeed News.

“Fundamentally, decisions about what is and what isn’t accessible online and oversight of whether they’re enforcing their own standards cannot be left to a board appointed and paid for by Facebook,” said Ahmed.

Today’s decision could also bolster other social networks’ decisions to ban Trump. The day before the Facebook decision was announced, Trump launched his own website.

On March 4, YouTube CEO Susan Wojcicki said Trump could return “when we see the reduced law enforcement in capitals.”

In a blog post on Jan. 8, Twitter said its ban — which initially was supposed to last 12 hours — would be permanent. “We made it clear going back years that these accounts are not above our rules entirely and cannot use Twitter to incite violence, among other things,” the post said. “We will continue to be transparent around our policies and their enforcement.”

“This is a kind of Kabuki theater exercise in regulation where both puppets, arguing for both sides of the argument, are on Mark Zuckerberg’s hands,” he said. “We’ve seen the limitation of self-governance exposed in a really brutal way here.”

Facebook will try to make the decision solely about Trump, Ahmed said, but it isn’t. Authoritarian leaders, global hate groups, and disinformation superspreaders will all be watching closely and using the company’s reasoning to inform their own future actions.

“The decision shows why we need democratic regulation of big tech,” he said. “That complex regulation, that complex discussion needs to happen in a democratic forum, not in this frame that Facebook has set up.”

Following the insurrection, Facebook has sought to downplay how rioters, supercharged by the president’s support, used its platform to organize, despite the site’s own assessment of its failures in an internal report.

Correction: The Board said Facebook must reexamine the decision within six months from today. A previous version of the story misstated the timeframe.