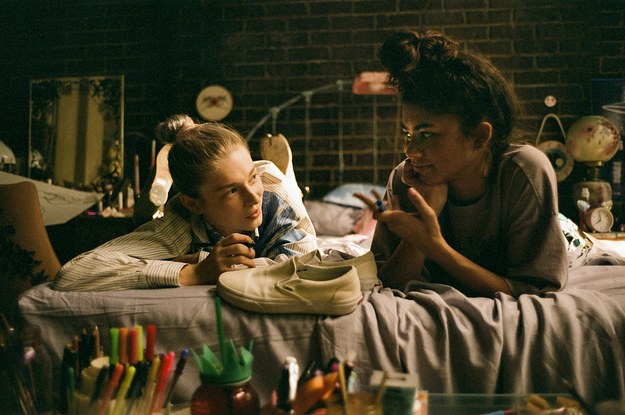 Who isn’t excited for season two of Euphoria?

The show’s apparently in production right now, and Zendaya recently shared some behind-the-scenes snaps on her Instagram Story.

She posted a photo of actor Angus Cloud, who plays Fez on the show, with the caption “Missed this kid”…

And a photo of the soundstage that Euphoria films on, with the caption “Just being back here in general…missed it.”

Indeed, it’s been a bit of a wait since Euphoria‘s first season aired in 2019, but the show hasn’t totally been absent since then. A special episode focused on Zendaya’s character Rue aired late last year…

And an episode focused on Hunter Schafer’s character Jules aired earlier this year.

And we’re ready for more.