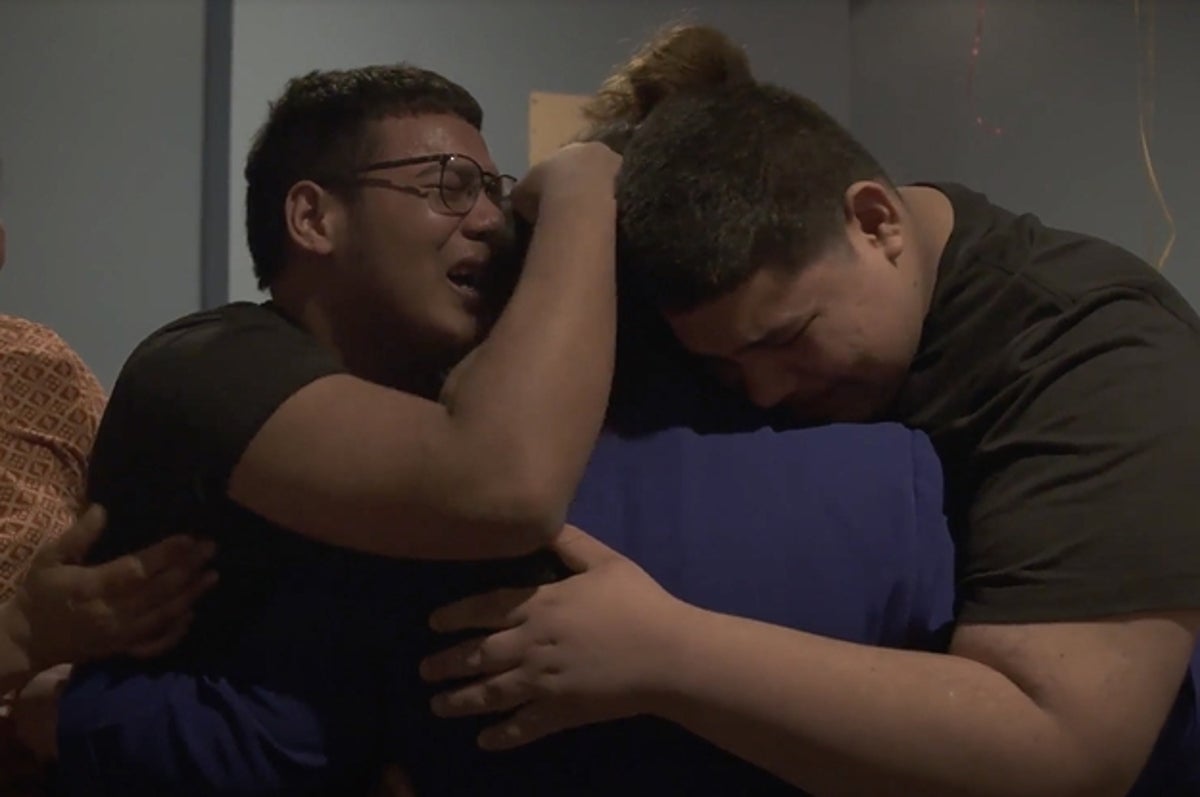 
Keldy Mabel Gonzáles Brebe de Zúniga was praying at the Paso del Norte bridge that connects El Paso, Texas, and Ciudad Juarez, Mexico, when she received a call from her attorney. Her prayers had been answered. After being separated from her sons by the Trump administration in 2017, they would finally be reunited.

In the nearly two years she had been waiting in the Mexican border city, the US seemed so close, and yet the chance of seeing her sons at times seemed so far away. With her head held high, Gonzáles Brebe — an asylum-seeker from Honduras — told herself that one day she would cross the border and hold her sons again.

Because she was mid-prayer, Gonzáles Brebe did not answer the two calls. Moments later, she played an audio message telling her that in a week she would be allowed into the US to see the sons whom Border Patrol agents had forcibly separated her from. She started to pray so loudly and with such emotion that people around her, including some immigrants, surrounded her and joined. In an audio message she sent to her attorney, Linda Corchado, Gonzáles Brebe was crying as she realized she would finally see her children.

“There were moments when people would try to put doubts in my head, but I’d wake up and say it’s not possible,” Gonzáles Brebe told BuzzFeed News. “I knew that with my faith in God it would be possible.”

In September 2017, Gonzáles Brebe and her two teenage boys, aged 13 and 15 at the time, crossed the border and sought out Border Patrol officers to request asylum in New Mexico. From the beginning, she said, the family was lied to. First, agents told her they would be releasing them together to their family in the US. Later, she was told she’d be going to a jail and her sons would be sent to a shelter and they’d eventually be reunited. But they were never reunited in the US.

“No parent deserves the pain of being told you’re going one way and your children are going another way without the chance to even defend yourself,” Gonzáles Brebe said. “I carried them inside me for nine months and then to suddenly not be able to do anything, it just felt like I had no rights. Like the government was now the owners of my kids.”

Gonzáles Brebe was charged with misdemeanor illegal entry and eventually sent to an ICE detention center in El Paso while her kids were released to family in Philadelphia. She tried to fight her asylum case on her own but lost; she argues she didn’t have a fair hearing.

Attorneys at the Las Americas Immigrant Advocacy Center in El Paso weren’t able to stop her deportation. She was sent back to Honduras, which she’d fled after receiving death threats.

Criminals in Honduras had killed four of her brothers. Having witnessed the death of the fourth one, she testified against his killers in court and in doing so became a target. Because of the death threats, she and her family tried to hide for five years but eventually decided it was too risky and set off for the US.

Because of the dangers in her home country and the Honduran government’s inability to protect her from her brothers’ killers, Gonzáles Brebe set off for the US again after being deported and waited in Mexico with the hope of reuniting with her sons.

On Tuesday, she walked across the US–Mexico border with her attorney and took a flight to Philadelphia. It had been more than three years since she’d held her sons. She had told her niece about the Biden administration’s plan to reunite her with her sons but swore her to secrecy. Gonzáles Brebe wanted the reunion to be a surprise. Her sons were told they would be doing an interview with an Australian documentary crew in which they would ask the Biden administration to let her mom into the US.

Gonzáles Brebe and the three other parents were expected to be reunited with their families this week in the US on humanitarian parole. But the process is not without its problems.

The task force Biden created to reunite the families said the parole would be valid for three years — but the form Gonzáles Brebe received was only for one year, her attorney, Corchado, said. Additionally, she still has to apply for a work permit, which can take eight months and will only be valid for four months before having to reapply again because of the one-year limit. The government may have made the change already, Corchado said, but she hasn’t received a notification.

Corchado said she has to walk a fine line between being grateful while also holding the administration accountable. Humanitarian parole, even one that lasts three years, is not enough, she said.

“I want bold and fierce action to rectify harms,” Corchado told BuzzFeed News. “Just like the Trump administration was bold in dismantling our laws. And we are not there yet.”

There currently isn’t a clear path to legal permanent status for these families, though one option is a “U visa,” which gives undocumented immigrants who report crimes and work with law enforcement a path to permanent residency.

Corchado said her client was the victim of a crime, but prosecution is an important aspect of the “U visa” process. She added that the chances of Trump administration officials being charged in relation to family separations seem slim. Although, she argued, the government could create a subcategory or offer humanitarian asylum like it has for women in Africa who suffered female genital mutilation.

On a call with reporters on Sunday, Homeland Security Secretary Alejandro Mayorkas was asked whether the US would try to investigate Trump administration officials for criminality for the family separations. He said the priority now was reuniting them, a huge undertaking because the department didn’t keep accurate or complete records of family separations.

“We have not excluded accountability, but our focus right now is on the reunification of the families,” Mayorkas said.

The moment the plane touched down in Philadelphia on Tuesday, Gonzáles Brebe felt as if her heart were going to burst out of her chest. She wanted to get off the plane as fast as possible.

As she walked through the door and into her niece’s house, she loudly said, “I love you!” before being engulfed by her son’s arms.

Mino, one of the sons she was separated from, sobbed into her shoulder. He grabbed his head as if in disbelief and repeatedly said “mamacita.” Her mother cried and yelled nearby, throwing her hand in the air before joining the group hug. The loud Christian music that played through a speaker couldn’t drown out the screams and cries from the entire family.

Her three sons had been forced to grow up too quickly, she said. In 2019, her oldest son, Alex, had gone to family court to get full custody of his younger brothers.

Gonzáles Brebe hopes hundreds of other families have the same experience.

“I tell the fathers and mothers who are waiting for answers to fight, to fight with the certainty of obtaining the thing that seems unimaginable: seeing their children,” Gonzáles Brebe said.