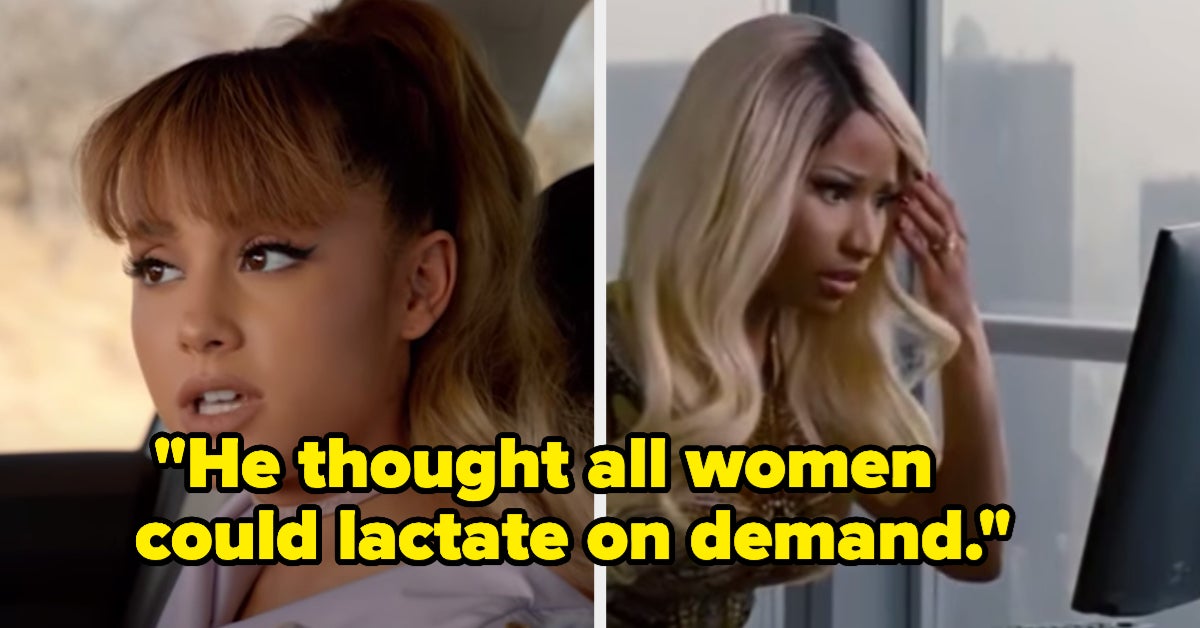 A while back, Reddit user u/Bumblebee_doodles asked sex shop employees and sex workers, “What are some of the best examples of clients not knowing how anatomy/sex works?”

The responses have ranged from hilarious to surprising to disappointing. Here are the best ones:

“I’m a cam girl and I was asked to lactate. A guy genuinely thought all women could lactate on demand.”

“I had a dude ask me if a certain toy was for vaginal use or for the uterus because he thought it was two different holes.”

“I’ve been a cam girl for six years. I’ve been asked if I worry about being ‘stretched out,’ and had to explain that’s not really a thing.”

“My client was a middle-aged, married man. He kept insisting to have sex without a condom and I refused. He asked why I wouldn’t do it because he assumed I was on birth control. I explained that condoms were important in protecting against STDs. He literally did not know what an STD was!!!”

“I spent a long time explaining it to him, and he started to worry that his wife would find out he was seeing sex workers because he hadn’t been using condoms. He said, ‘So if I catch something, my wife could get it too?’”

“Customers have firmly placed their thumb above my pubic bone, not moving it, watching me have literally no reaction, and then believed that they brought me to orgasm by doing that.”

“Someone brought in a used sex toy and asked, ‘I can return this, right? You guys can just clean it and put it in a new package or whatever.’ Gross. No.”

“When I did full-service sex work, I had more than one guy ask me if I had come from giving oral. I prefer not to lie, so I would say no. The response ranged from a disappointed ‘oh’ to an angry ‘why not?!'”

“I had to explain to a gentleman that the reason his wife didn’t enjoy toys probably had something to do with the fact he was cleaning them with Clorox wipes beforehand.”

“In the shop I work at, I get a lot of women who are curious about Kegal and Ben Wa balls but wonder what happens if they get lost in their vagina.”

“I always gently explain that that’s not possible, or at least highly unlikely. There’s always questions about anatomy, but we just do our best to inform people!”

“I had a client who was convinced that rubbing alcohol was interchangeable with lube.”

“I’m a trans sex worker and someone once asked me if hormones made my dick turn into a vagina.”

“When I worked in a sex shop, lots of guys would come in looking for a gift for their female significant other. I would often ask them if they were looking for a toy with clitoral or G-spot stimulation. The number of guys who looked at me blankly and went, ‘What is clitoral? I just want something to put in her’ never failed to surprise me.”

And “I had a man buy a penis ring and he came back a couple days later. He complained that the ring hurt him and wondered if he got the wrong size. After walking around the store with him, he was obviously very uncomfortable. It finally hit me and I asked him, ‘Sir, are you wearing it now?’ And he said, ‘Yes, why?’ He thought he was supposed to wear it all the time, not just during sex.”