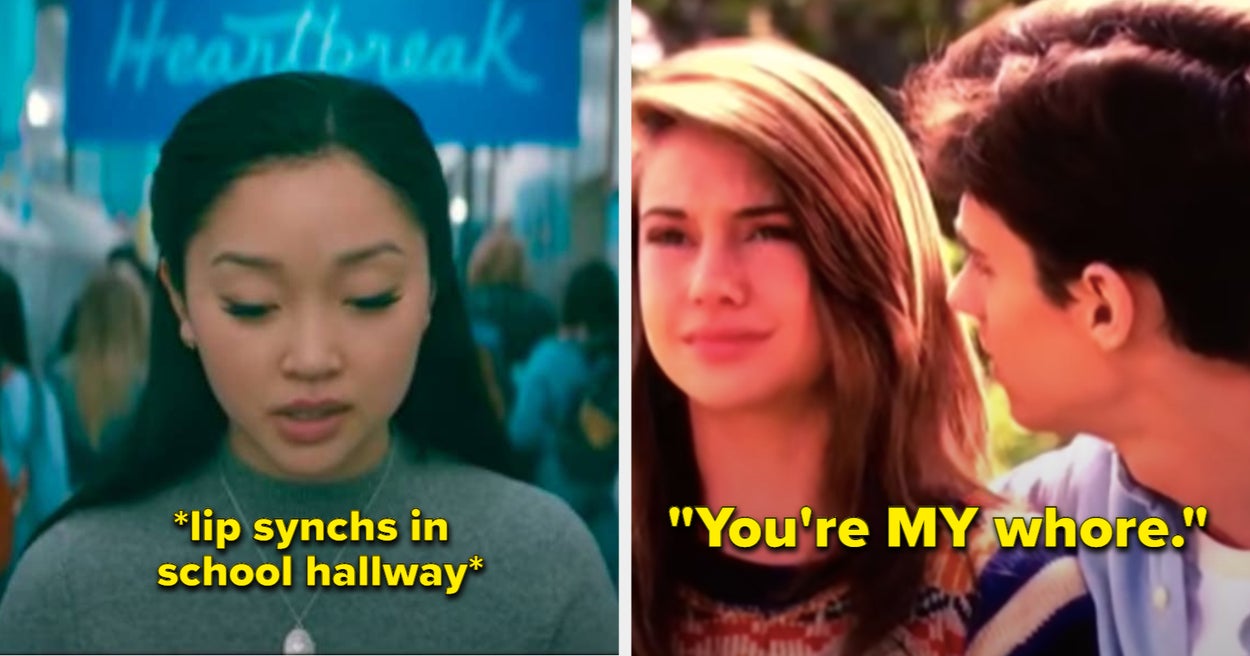 We recently asked the BuzzFeed Community to tell us the cringiest TV/movie scenes that make them physically uncomfortable. Here are some of the best responses.

🚨Warning: There are MASSIVE spoilers ahead!!🚨

That unnecessarily violent kiss in Night at the Museum 2: Battle of the Smithsonian.

Izzie’s dramatic monologue to Denny about wanting to cut his LVAD wire so he could move to the top of the transplant list in Grey’s Anatomy Season 2.

In Pitch Perfect when Bella starts rapping, “No Diggity” at the riff-off.

This extremely uncomfortable line from Season 5 of Game of Thrones.

In The Kissing Booth 2 when Elle publicly humiliates herself in front of the entire school.

When Anakin compares Padmé to sand in Star Wars: Episode II — Attack of the Clones.

That weird dance sequence in Spider-Man 3.

That one sex scene in Watchmen where Patrick Wilson’s character has some err, technical difficulties.

When Finn and Rachel share an extremely long kiss, on-stage in front of most of their school on Season 2 of Glee.

Almost every scene between Ginny and Harry in Harry Potter and the Half-Blood Prince, but especially when she ties his shoe.

That one scene in Season 1 of the The Secret Life of the American Teenager when Ben has no clue how to comfort Amy.

When Lara Jean begins to lip synch to Ashe’s “Moral of the Story” In To All the Boys: P.S. I Still Love You.

When Harry randomly pulls Hermione into a dance to cheer her up in Harry Potter and the Deathly Hallows: Part 1.

When Olivia Pope puts the president in his place for continuously booty-calling her in Season 2 of Scandal.

There’s plenty of cringe-worthy scenes in Riverdale, but the one from Season 3 where Archie plans a football game in prison, might take the cake.

When Rey finally figures out who she wants to be in Star Wars: The Rise of Skywalker.

In Pride and Prejudice when Lizzy is talking to her father about Darcy’s proposal.

When Troy winks at Gabriella in the pool in High School Musical 2.

That scene in Borat where the Jewish family doesn’t know they’re being filmed, but Borat has to pretend they want to kill him.

In Sherlock, when he makes a rude assumption about Molly’s gift without realizing it’s for him.

When Harry for some reason decides to give Voldemort a quick hug in Harry Potter and the Deathly Hallows: Part 2 before delivering one of the cringiest lines in cinematic history.

And finally, when Jenny Humphrey crashes a gala with her guerrilla fashion show on Gossip Girl.

Are there any cringey scenes from TV/movies that didn’t make this list? Feel free to drop them in the comments below!