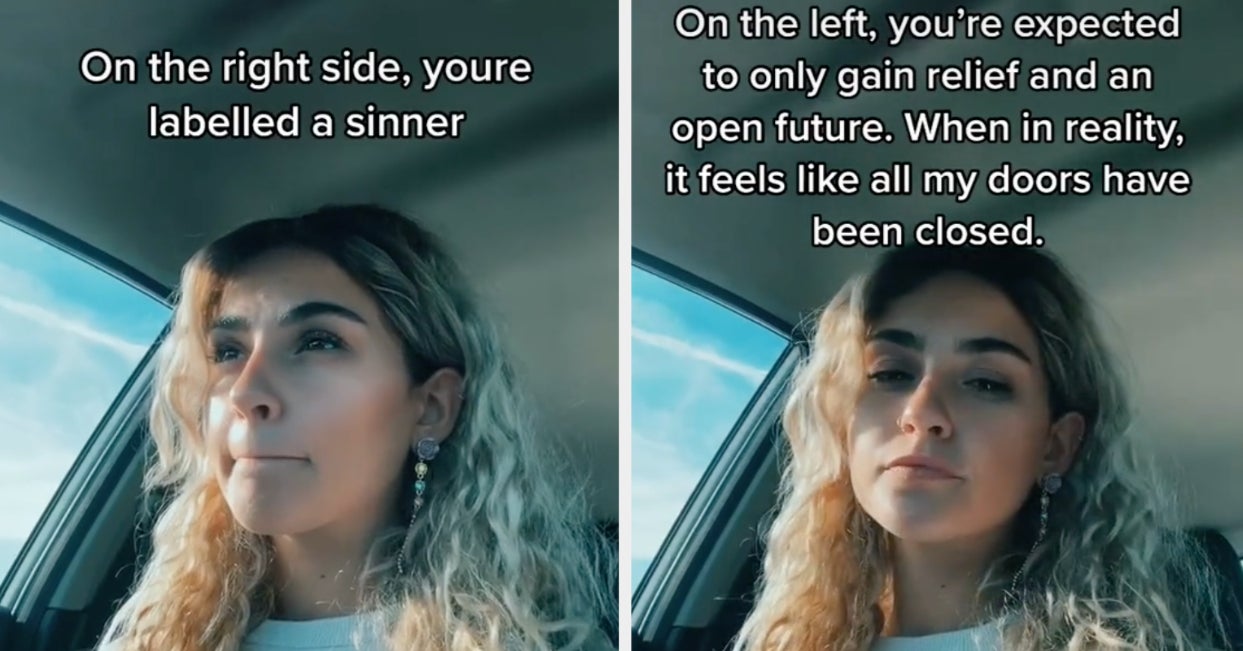 Abortions have long been a political issue. As recently as a few weeks ago, Texas governor Greg Abbott signed one of the US’s strictest abortion provisions into law, thereby banning the procedure after six weeks of pregnancy. Legalities aside, there are a lot of assumptions about people who get an abortion — which often don’t take into account the real emotions experienced by those who have them.

Her thoughts are echoed throughout the comment section by people who find themselves stuck between the opinions of the left and right — not regretting their decision, but also finding no comfort in it.

The “negative effects” Kaylyn mentions are commonly referred to as forbidden grief, a term coined by Theresa Karminski Burke and David Reardon in their book Forbidden Grief: The Unspoken Pain of Abortion.

“To me, forbidden grief is the grief that a woman may endure after having an abortion. It is isolating, heavy, and difficult to process,” Kaylyn told BuzzFeed. “It’s referred to as forbidden because we feel we shouldn’t experience grief of any kind, as it was our choice to terminate the pregnancy. However, a loss is a loss, and just because a woman decides to end her pregnancy does not mean that she will not regret or feel any negative emotions towards it. I feel the biggest misconception with abortion is that women are ‘happy’ to do it and feel free afterwards, when the reality can be the complete opposite.”

There are dozens of personal anecdotes to scroll through, and each carries the weight of guilt, shame, and embarrassment.

While some are learning to navigate these feelings, others struggle with letting go — or feeling as though they have to:

“Our pain does not necessarily stem from regret,” Kaylyn explained. “Even if you have no regrets over your decision, you can still experience grief and find yourself dwelling over the ‘what-if’s’. It’s important to note that [whether or not] you regret your decision is irrelevant to whether you deserve to heal. What matters is that you find peace.”

In a world where pro-choice advocates hold a slim majority, with 59% of Americans believing abortion should be legal in all or most cases — as reported by Pew Research — many are searching for safe spaces to discuss forbidden grief and the hold it has on their daily life. So, Kaylyn created a support group.

When discussing why she chose to make the group, which is open to all who have had an abortion, Kaylyn explained: “You can be in a room full of people, and a single trigger will make you think of your unborn child and suddenly, you’re isolated and trapped in your sorrow. No one understands that pain except for other women who have had an abortion and experience that forbidden grief. … I’m not going to promise that a support group will alleviate all pain and grieving, but it is such a weight lifted to know you are not alone.”

If you or someone you know is considering an abortion, visit Planned Parenthood’s website for more information, such as answers to commonly asked questions, resources, and clinics near you.