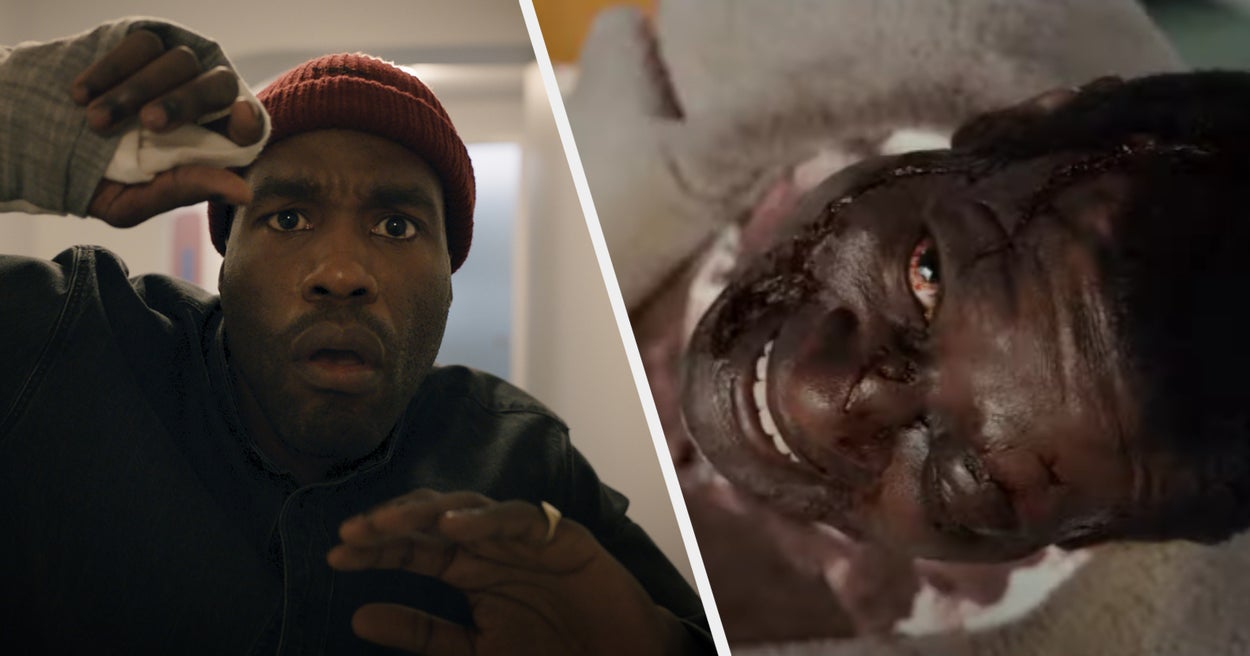 Y’all — 2021 is really coming through with some incredible content for us horror movie lovers and I! For! One! Am! Grateful!

Still, easily the most highly-anticipated of the bunch is Nia DaCosta’s Candyman reboot — and we just got a brand spankin’ new trailer! Check it out:

Our story follows a visual artist named Anthony (played by the absurdly handsome Yahya Abdul-Mateen II) as he seeks to unravel the mystery behind an urban legend that’s haunted a Chicago neighborhood for decades.

However, Anthony’s apparently never seen a horror movie before in his life, and the second he discovers how to summon the elusive Candyman — a supernatural entity who was murdered after being wrongly accused of putting razors in children’s candy — he does so, terrorizing his much smarter girlfriend, Brianna (played by the MCU’s stunning Teyonah Parris).

(For the uninitiated among us, you summon Candyman by looking into a mirror and saying his name FIVE times. He requires a little more effort than Beetlejuice.)

Hoping that the heart-wrenching true story of Candyman’s death will bring new life to his artwork, Anthony accidentally opens a portal into a space between our world and something much more sinister (and positively FILLED with bees).

As a huge fan of everyone involved in this project, as well as the original 1992 film, I for one am excited beyond belief for this to finally be released! Though, I WILL be avoiding mirrors for the foreseeable future, so if I look like garbage, mind ya business!

ANYWAY — there ya have it! BEE sure to catch Candyman when it hits theaters Aug. 27, just in time for Halloween Foreplay Season!