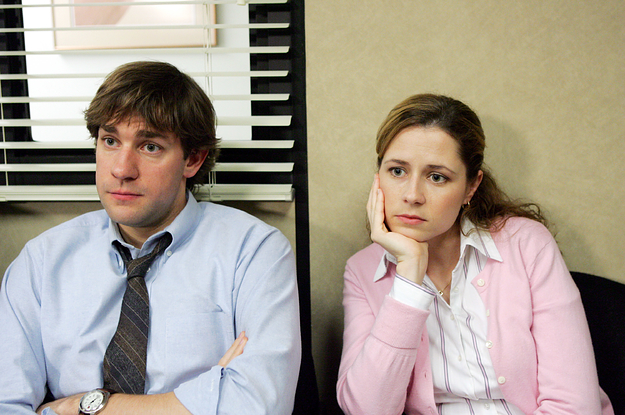 We all know (and love) Jenna Fischer as the instantly recognizable Pam from The Office — but, spoiler alert, that exact sentiment has actually proven to be an issue for the actor!

Recently, on the Office Ladies podcast, Jenna revealed that the role became so closely associated with her as a person that she was actually fired after shooting a pilot for the CBS sitcom Man With a Plan.

The series starred Matt LeBlanc — who is best known for playing Joey on Friends — and, apparently, test audiences couldn’t believe that “Pam and Joey” would ever be married.

“They said — this is a literal quote — they said, ‘I don’t believe Pam would marry Joey. The chemistry doesn’t work between these two,'” she told podcast co-host and The Office co-star Angela Kinsey. “That was the feedback they got.”

Initially, network executives wanted to shoot more scenes between her and Matt, but changed their minds after showing the pilot to a test group.

Aaaaaand it gets worse: Jenna found out a few days before she was meant to go to New York to begin coordinating ads for the show.

Still, I think this is just a testament overall to how incredible Jenna’s acting was as Pam!