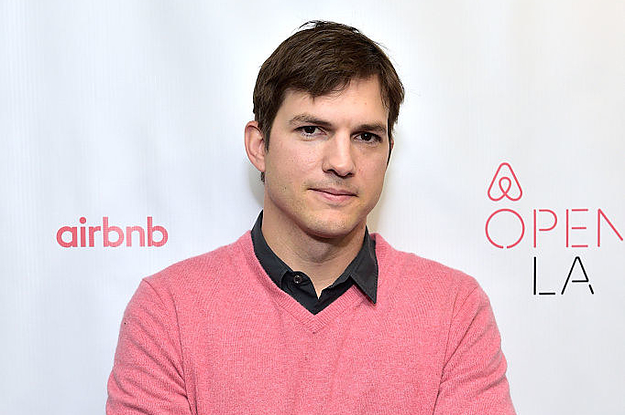 Ashton Kutcher’s comments have come back to haunt him.

After revealing he doesn’t wash his entire body daily, Kutcher’s fans yelled at him to “take a shower” when he attended ESPN’s College GameDay in Iowa this weekend.

Kutcher is originally from Iowa. He was born there in 1978 and attended The University of Iowa in 1996.

While serving as a guest picker for the network, Kutcher patiently waited for the game to start between the Iowa State Cyclones and The University of Iowa’s Hawkeyes.

When the actor started talking about his latest charity project called Outside Wine, he then heard the echoes of tons of fans at Jack Trice Stadium yelling, “take a shower.” Check out the video below:

Although Kutcher did not respond to the chants, many fans were confused why he and wife Mila Kunis said they don’t bathe daily.

“I wash pits and tits and holes and soles,” Kunis previously told Dax Shepard on his Armchair Expert podcast.

And Kutcher added, “I wash my armpits and my crotch daily, and nothing else ever. I got a bar of Lever 2000 that just delivers every time. Nothing else.”

The actors’ comments raised a ton of eyebrows, especially when Kunis said that she didn’t wash their children daily after they were born.

“When I had children, I also didn’t wash them every day,” she said. “I wasn’t the parent that bathed my newborns — ever.”

“Here’s the thing — if you can see the dirt on ’em, clean ’em. Otherwise, there’s no point,” Kunis added.

Hopefully, this whole thing will make Kunis and Kutcher view showering differently. However, I do have to say that it is very sad that they’re being made fun of because of it. Everyone lives their lives differently. Time to get over it.