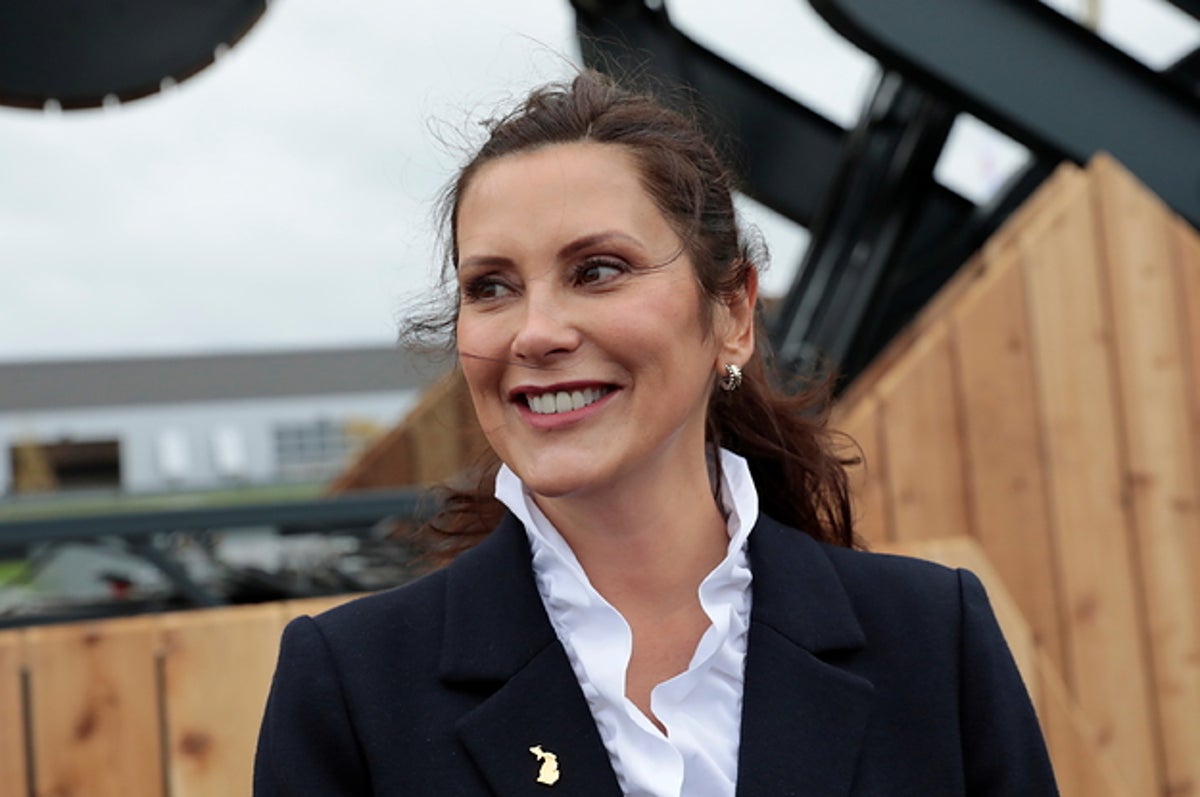 
In the 11 months since their dramatic arrests, many of the men accused of conspiring to kidnap Michigan Gov. Gretchen Whitmer have argued that they were entrapped by a confidential informant working for the FBI and are in fact innocent.

Now, in the first formal response from prosecutors to these claims, Michigan’s Attorney General Dana Nessel has delivered an emphatic answer. “The defendants were not entrapped,” prosecutors wrote in a brief filed on Wednesday in Michigan state court. “They unhesitatingly committed the charged crimes with no prodding or encouragement from [the informant] or the FBI agents assigned to this case. Any argument to the contrary is ridiculous.”

The alleged plot to kidnap Whitmer has emerged as one of the most significant domestic terrorism prosecutions in a generation. More than a dozen men have been charged in state and federal court with crimes related to the case. But a number of them insist that they were simply exercising their First Amendment rights with tough talk when they were lured into a plot by FBI informants.

The Attorney General’s response delivered this week applies only to three men — Joseph Morrison, Pete Musico, and Paul Bellar — all members of armed extremist group the Wolverine Watchmen, who were charged with providing material support to terrorism, gang membership, and felony firearm possession in Michigan’s Jackson County. Five other defendants were charged in a second county in Michigan, Antrim, while five others face federal charges. A sixth federal defendant, who pleaded guilty and agreed to testify for the government, was sentenced to 75 months in prison late last month.

All three of the Jackson County men filed motions for the charges against them to be dismissed on the grounds that they were entrapped by a confidential informant known in court records as “Dan,” whom they say introduced them to the plot’s alleged ringleader, Adam Fox, and urged them to collaborate with him. They claim that Dan provided them transportation and other assistance to ensure their participation and gained their confidence and trust as a way to influence their behavior.

“The record is clear that ‘but for’ the FBI, through their informant, inviting Adam Fox into this group, charges would have never been brought against” the defendants, Bellar’s attorney, Andrew Kirkpatrick, wrote in his entrapment brief, which was filed in July.

But the Attorney General’s Office sharply disagreed, calling in a 24-page brief signed by Nessel for District Court Judge Thomas Wilson to hold a hearing on the question of entrapment and then to dismiss the motions.

According to prosecutors, the three men harbored violent ideas long before they met the informant, and they in fact enthusiastically sought a meeting with Adam Fox, the man accused in federal court of planning most of the operation to kidnap Whitmer.

“Dan and the government agents working with him did nothing but watch and monitor as the relationship between Fox and the Wolverine Watchmen (and these three defendants in particular) moved on from the initial contact phase into a full blown alliance, in which the Wolverine Watchmen were training with, and supporting Fox’s plans for politically motivated violence,” prosecutors wrote.

With regard to Musico’s involvement, they noted that “defendant Musico did not need to be sold on Fox. Defendant Musico referred to Fox as the “answer to [a] …prayer.”

As for Bellar, the prosecutors wrote that “as Fox was talking about storming the Michigan Capital, and hogtying Governor Whitmer, Bellar became ‘upbeat’” and “started talking more” and then assured Fox that he was “on board.”

And it was Morrison, the founder of the Wolverine Watchmen and their commanding officer, prosecutors said, not the FBI informant, who initiated contact with Fox that led to him eventually training with the group.

Bellar’s attorney, Kirkpatrick, told BuzzFeed News on Wednesday that he had not yet seen the Attorney General’s brief, but that under Michigan law he believes the case is “entrapment all day long.” Attorneys for Musico and Morrison did not respond to requests for comment.

Judge Wilson is set to hear arguments about the need for an entrapment hearing on Nov. 17.