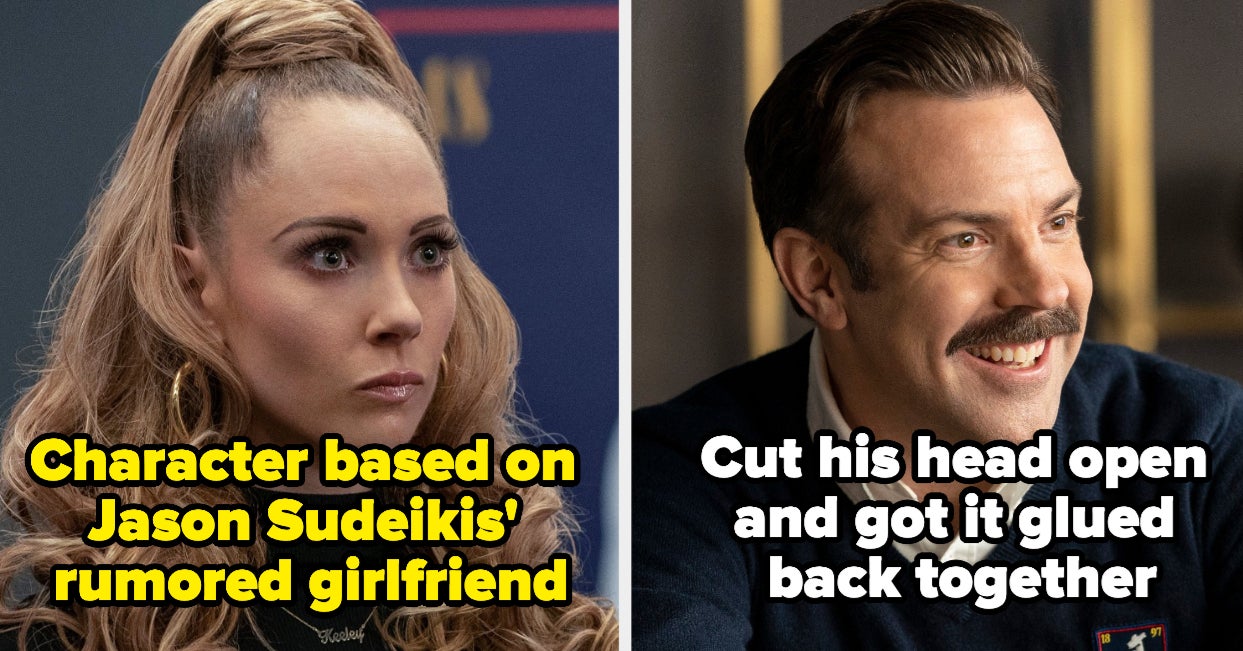 First, the concept of “Ted Lasso” actually came from an NBC Sports commercial back in 2012.

Brett Goldstein started out as a writer for the series way before he was ever cast as Roy Kent.

Ted hitting his head on Rebecca’s door was actually a total accident. Jason cut his head and ended up having to get the wound glued shut because he was bleeding so much.

Phil Dunster and Nick Mohammed both auditioned for the role of Higgins, but ultimately, Jeremy Swift ended up with the role.

Hannah revealed that the biscuits Ted gives Rebecca actually weren’t as tasty as they seemed on the show; they’re “literally like sticking a piece of sponge in your face.”

The series broke the record for most Emmy nominations for a freshman comedy series, with 20 nominations at this year’s Emmy Awards.

While auditioning for the show, the actors were asked to tape “their football skills” along with their normal acting scenes.

Cristo Fernández, who plays Dani Rojas, actually played second division soccer back in Mexico. He played with Tecos of Liga MX, which is the top professional football division in the Mexican league.

Early on in the series, Hannah Waddingham “purposely made a point of shutting [out] everything that didn’t involve Rebecca” because she didn’t want to fall in love with Ted just like the audience does.

Rebecca’s “Let It Go” karaoke moment almost didn’t make it into the series, because at first Disney rejected the show’s request to use the song.

Juno Temple was very nervous to play Keeley, especially because she’s “not known for comedy work,” but the writers eventually had to rewrite the character just because of how much funnier Juno was than the original character.

Jason always meant for the series to be three seasons, but executive producer Bill Lawrence is open to doing more.

AFC Richmond’s training stadium is actually the real-life stadium for Hayes and Yeading FC and is located in West London.

When Jason called Marcus Mumford (of Mumford and Sons) to do the music for Ted Lasso, he accidentally ghosted Jason and didn’t respond until months later.

Marcus Mumford is also a huuuuge football fan, too, so this show was a perfect project for him to work on.

Finally, back in May, the onscreen footballers — Cristo Fernández, Toheeb Jimoh, Phil Dunster, Kola Bokinni, David Elsendoorn, Stephen Manas, and Billy Harris — did an interview outside the FA Cup finals and tricked a reporter into thinking they were real-life players for (the fictional) AFC Richmond.