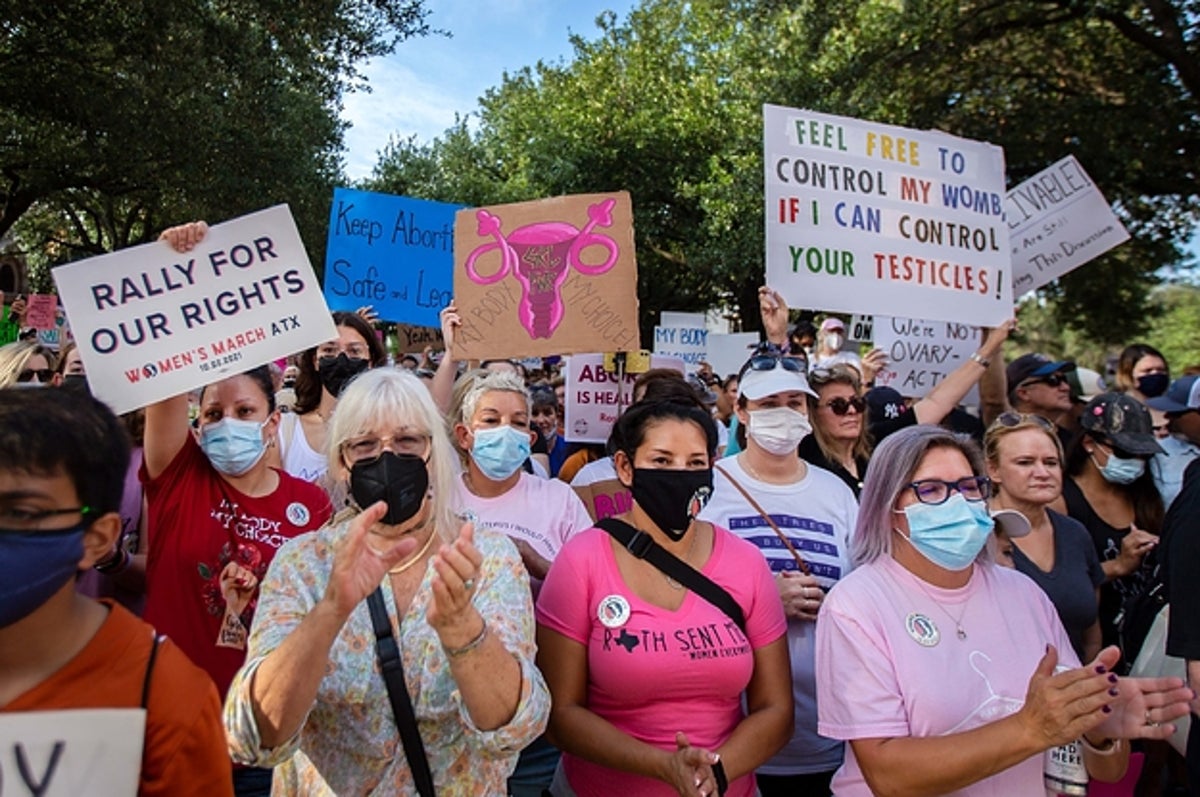 
WASHINGTON — The status of abortion access in Texas was once again thrown into uncertainty Wednesday night after a federal judge issued an order halting enforcement of the state’s 6-week abortion ban.

The immediate effect of US District Judge Robert Pitman’s ruling — and whether it will mean that providers can, or will, resume performing abortions — is uncertain. Texas is expected to swiftly petition the US Court of Appeals for the 5th Circuit to intervene and ask that court to put Pitman’s order on hold as quickly as possible, which would leave the law, SB 8, in place.

Pitman’s ruling came less than a week after he heard arguments on the Justice Department request for an injunction blocking the law. He refused to grant Texas’s request to pause his decision to allow state officials time to appeal, writing that Texas had “forfeited the right to any such accommodation by pursuing an unprecedented and aggressive scheme to deprive its citizens of a significant and well-established constitutional right.”

“From the moment S.B. 8 went into effect, women have been unlawfully prevented from exercising control over their lives in ways that are protected by the Constitution,” Pitman wrote. “That other courts may find a way to avoid this conclusion is theirs to decide; this Court will not sanction one more day of this offensive deprivation of such an important right.”

Abortion providers released statements praising Pitman’s ruling but suggesting they were not sure yet if they could begin scheduling abortions that SB 8 had made illegal. The law includes a section that says doctors who perform abortions or other people who assist a pregnant person based on a court decision that is reversed later on cannot rely on that original order as a defense if they’re sued. Planned Parenthood affiliates in Texas released a joint statement saying that, “While the Department of Justice’s swift action and the court’s order seek to restore Texans’ options to access abortion in their own state, we understand Texas will immediately appeal[.] Our patients and providers need the courts to allow care to resume.”

SB 8 has been in effect since Sept. 1. It bans nearly all abortions after fetal cardiac activity can be detected, which typically occurs around the sixth week of a pregnancy. Pitman’s order bars any state actor from taking steps that would permit enforcement of the law, which deputizes private citizens to sue doctors suspected of performing abortions or other individuals suspected of helping a pregnant person obtain the procedure.

The judge made clear that his order prohibits any state court judge or clerk from accepting, processing, or taking any other action on the civil lawsuits that private individuals could bring under SB 8. He wrote that the court would have the power to issue a direct injunction that bars private individuals from bringing these types of suits, since they would be acting on behalf of the state, but he would not do so at this stage; he noted that his order blocking state courts from accepting such a case would restrict their ability to act.

“A person’s right under the Constitution to choose to obtain an abortion prior to fetal viability is well established. With full knowledge that depriving its citizens of this right by direct state action would be flagrantly unconstitutional, the State contrived an unprecedented and transparent statutory scheme,” Pitman wrote.

Pitman ordered Texas to notify all state judges and state court employees affected by his decision and to publish his ruling on all public state court websites “with a visible, easy-to-understand instruction to the public that S.B. 8 lawsuits will not be accepted.”

Addressing Texas’s argument that siding with the Justice Department would open the floodgates to federal challenges to state laws, Pitman wrote that this case represented an “exceptional” situation where the constitutional rights of individuals were being violated and Texas had designed SB 8 to bar them from taking the state to court to protect those rights on their own.

Pitman wrote that his order would send a message to other states that they could not attempt something similar to what Texas had tried to do, whether it was intended to serve a conservative or liberal political agenda — he alluded to commentary by pundits about whether SB 8 could serve as a model for Democrat-led states to find a way to restrict gun rights.

SB 8 took effect at midnight on Sept. 1 after abortion providers failed to convince the US Supreme Court and a federal appeals court to stop that from happening while they pursued a constitutional challenge. Healthcare providers across the state immediately announced that they would comply with the law and stop performing abortions in cases where fetal cardiac activity could be detected, usually at the sixth week of pregnancy; providers have said 85 to 90% of abortions in the state take place after week 6.

Pregnancy terms are counted from the first day of a person’s most recent period, so six weeks is typically two weeks after a missed period, which is when many people first realize they’re pregnant. Early-term state abortion bans are often referred to as “heartbeat” laws but that term is misleading, since a fetus’s heart valves haven’t formed at that point; an ultrasound at that stage is detecting electrical activity.

With the abortion providers’ case held up in the 5th Circuit, the Justice Department filed its own constitutional challenge to the law on Sept. 9.

Unlike other early-term state abortion bans swiftly struck down by federal courts, the Texas law is unique in that it delegates enforcement to private citizens. Instead of authorizing a prosecutor to press charges or interfering with a clinic’s ability to get a license and operate, the law empowers individuals to file a civil lawsuit against a doctor they suspect of performing an abortion that’s now illegal in the state, or anyone who “aids or abets” that abortion — a category so broad that it could apply to a person or group that helped pay for the procedure, provided transportation to a clinic, or accompanied a patient.

The law created financial incentives for people to sue and placed few limits on who could bring a case; one of the only bright-line rules is that a pregnant person who receives an abortion cannot be sued. A plaintiff who wins can collect $10,000 or more in damages per abortion, as well as their legal costs. If a judge dismisses a case, the defendant cannot recoup their legal costs, so there’s no penalty for bringing a meritless case and pulling abortion providers and anyone else into court. The law doesn’t require a plaintiff to have any connection to the patient.

That unusual structure opened the door for Texas to argue that Pitman didn’t have jurisdiction to consider a sweeping constitutional challenge to the law brought by the Justice Department, or anyone else for that matter — that is, until someone actually brought a lawsuit, any case was based on speculation about what might happen, and there was no one the court could enter a judgment against in the meantime.

This is a developing story. Check BuzzFeed News for updates.