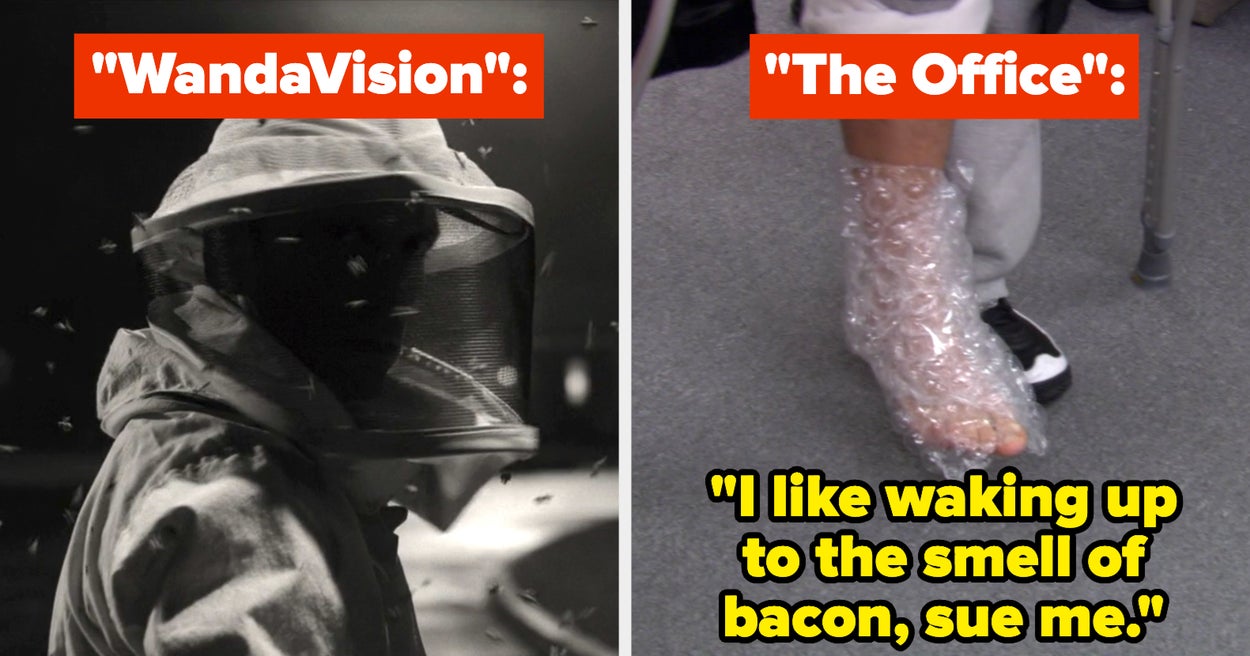 We asked the BuzzFeed Community for moments when a good TV show became a true masterpiece. Here are the results:

When Lisa on The Simpsons got a substitute teacher for an episode who finally understood her, only for him to leave shortly after.

When Buffy found out on Buffy the Vampire Slayer that a prophecy predicted the slayer would die soon and she refused to be the slayer anymore.

On The West Wing, when President Bartlet ranted against God after Mrs. Landingham died.

On WandaVision, when Wanda suddenly became pregnant, a mysterious beekeeper arrived, Wanda rewound time, and the world filled with color all in a matter of minutes.

When Patrick was introduced on Schitt’s Creek.

When we learned the identity of the Bent-Neck Lady in The Haunting of Hill House as she dropped through all her “past” hauntings from a new perspective.

When we learned that Hannibal had kept Miriam alive for years on Hannibal.

On The Office episode “The Injury,” when Michael burned his foot and tried to get the whole office’s sympathy.

In Money Heist, when they put a microphone into Angel’s glasses.

In the Scrubs episode “My Old Lady,” when J.D., Turk, and Eliot each had a patient in critical condition, and J.D. gave the statistic that one in three patients admitted to the hospital dies. In the end, though, all three patients died.

When Ned Stark was beheaded on Game of Thrones, revealing that no one was safe.

When the Community episode “Contemporary American Poultry” told the story of a chicken-tender smuggling operation as a mobster movie.

When Jerome from Gotham transformed from a scared, crying kid into a precursor of the Joker in one moment.

On Derry Girls, when the girls claimed they saw a statue of the Virgin Mary crying to get out of a test and then had to keep up the lie even when they realized it wasn’t true.

When Fleabag‘s Season 2 premiered with the introduction of the Priest, an engagement, a miscarriage, and the iconic line telling the audience we’d be getting a love story.

On Killing Eve, when Villanelle showed up to her psychiatric assessment in a poufy pink dress and flippantly denied that she’d felt any stress lately, despite the fact that she was a working assassin.

When Omni-Man took out all of the Guardians of the Globe at the end of the first episode of Invincible.

On Breaking Bad, when Skyler tried to get Walter to call the police for his own safety, but he insisted that he was the dangerous one.

When Gravity Falls finally revealed the author of the journals.

When Addison showed up at the end of Season 1 of Grey’s Anatomy.

When we found out that Katherine was pretending to be Elena in the first season finale of The Vampire Diaries.

On Star Trek: The Next Generation, when Riker had to make the decision to forsake Picard to protect everyone else.

When Betty confronted Don on Mad Men about his former life.

And when Dale Cooper had his first dream on Twin Peaks.

Did we miss the moment when your favorite show became great? Let us know in the comments!