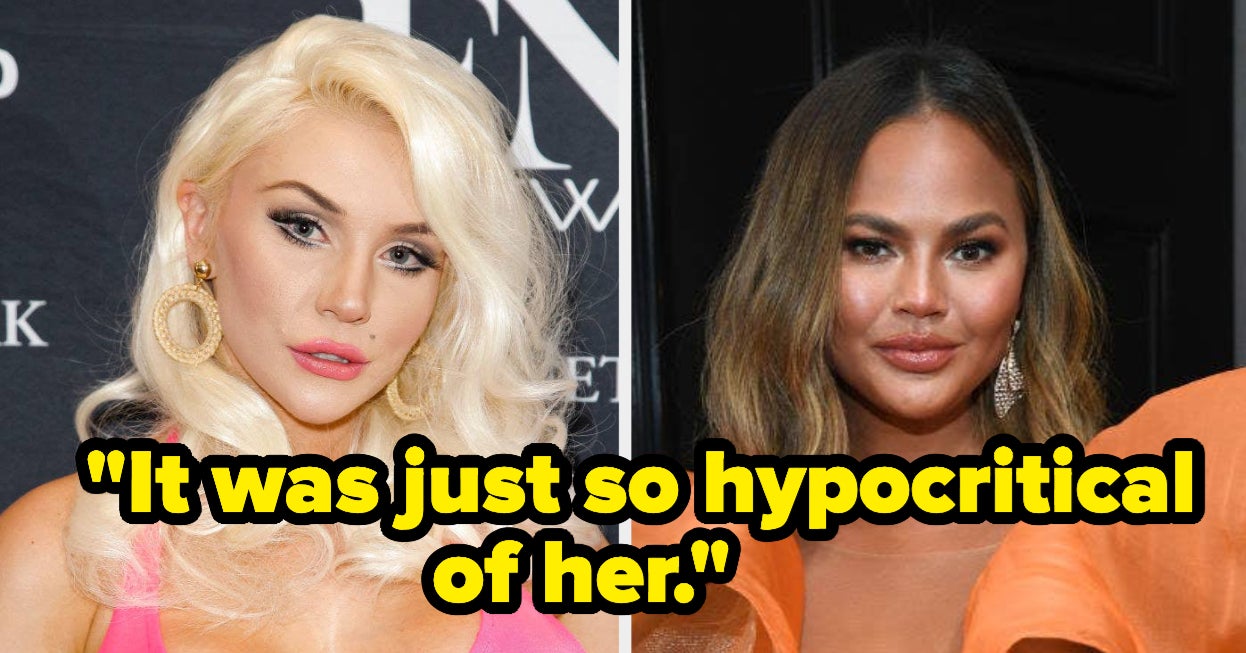 First, Courtney Stodden made major headlines for an interview where they called out Chrissy Teigen for bullying them on Twitter when they were a teenager.

Billie Eilish called out Jimmy Kimmel for their viral 2019 interview where he asked her who Van Halen was.

Of all the opponents of Scott Disick and Amelia Hamlin’s relationship, Amelia’s mom — Lisa Rinna — was a pretty consistent fan of calling out the pair for the 18-year age difference between them.

Although not just aimed at Harry Styles himself, Billy Porter called out Vogue for featuring Harry in a dress as their first male solo cover star.

Back in 2017, Dwayne “The Rock” Johnson posted on Instagram about a “candy ass” Fast & Furious 8 costar of his — which many people assumed was him calling out Vin Diesel. This year, he doubled down on the sentiment behind his comments.

In a drama-filled continuation of the Khloé-Tristan saga, Tristan Thompson called out Lamar Odom for leaving a flirty comment on one of Khloé Kardashian’s Instagram posts.

Hannah Gadsby called out Netflix CEO Ted Sarandos after he mentioned her in a leaked internal email following the controversial Dave Chappelle special The Closer — and, in the process, called out Dave himself.

Demi Lovato called out their ex-fiancé, Max Ehrich, for “false advertising” in their documentary series Dancing With the Devil.

Charisma Carpenter called out Joss Whedon for alleged abusive behavior on the set of Buffy the Vampire Slayer and Angel.

Pete Davidson called out Jake Paul for his sexual assault allegations to his face.

Finally, Britney Spears called out her family numerous times for their role in her conservatorship.