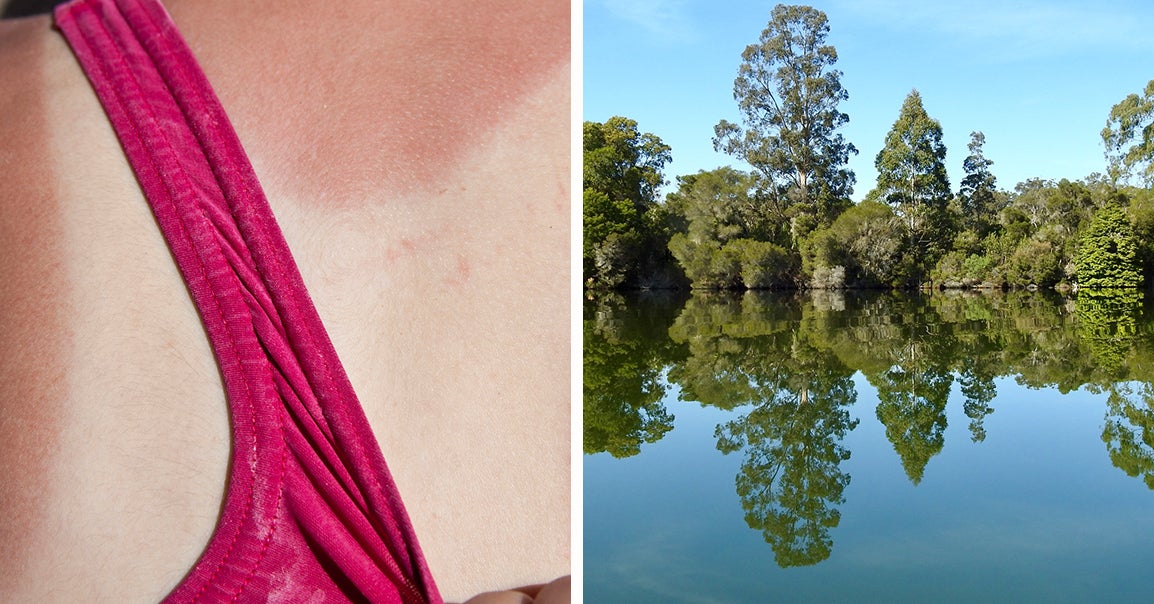 Oftentimes I’d find myself around my non-Australian friends doing things like tapping my boots upside down to rid them of creepy crawlies, only to be met with looks of total confusion. Apparently, this isn’t super common behaviour outside of Australia — and just something that was instilled in me while growing up here.

Reddit user u/sarairis seems to have picked up on this because they posted this thread asking Australians to advise them of childhood survival skills they’ve learned that will prepare them for their move Down Under.

“We usually check shoes, chairs and bicycles for spiders (if they are stored outside) before putting them on or sitting on them. Most spiders are not an issue though — it’s only if they feel threatened that they might bite and even then very few have enough venom to cause harm.”

“Don’t walk through tall grass. If you have to — wear closed-toe shoes and long trousers.”

“If you ever cross paths with a snake, do not try to kill it, just stay still and let it pass.”

“Be wary of kangaroos: They’re a species of herbivore that put all of their stats into predator. The big reds are more muscular than Arnold Schwarzenegger in his prime, they’re aggressive and have claws that can and will gut you. The eastern greys are the cute and cuddly ones, but don’t cuddle them either. Treat all wild animals as dangerous. Except quokkas, they’re harmless.”

“Home fire and bushfire safety has been taught to a lot of us from an early age. Fire is something Australia experiences frequently and it’s only getting worse. It’s important to understand what the alerts, warnings and restriction levels mean. It might not directly affect personal safety, but it can.”

“When I was growing up, it was just slip, slop, slap.”

“‘Slip, slop, slap, slide’ is a national sun smart campaign that we learn from a young age. All schools have a ‘no hat, no play policy’ to enforce good sun safety. The sun here really is brutal and we have high rates of skin cancer. Cover up, wear sunscreen and a hat and sunglasses. Tourists and backpackers have died from sunstroke because they’ve been out in the sun all day and not stayed hydrated.”

“If you’re in bushland and you’re near a creek or river and can smell rotting fish, there’s likely a salt water croc close at hand.”

“Be careful picking up anything on the ground that a snake could be under, like a large piece of tin or cardboard.”

“Calm overcast early mornings or dusk is known as shark weather. On that note, never swim alone or under the influence of alcohol.”

“If there is a spider web with a curled up leaf, on it, there is a spider hiding in the leaf. I usually throw a blade of grass on the web to see if it comes out to investigate. If it doesn’t, I get rid of the web.”

“Pretty much all Australian kids do swimming lessons, so if your kids can’t swim I’d start there.”

“During spring, steer clear of nesting magpies as they are very territorial and might swoop to defend their nests.”

“Magpies only attack strangers who are near their nest — they recognise faces and if you feed your local magpies they will know you’re friendly and might bring their babies to visit you, or sing to you for food. They like meat and cat biscuits.”

“When you’re walking in the bush, stomp and swing a small branch side-to-side in front of you to ward off snakes.”

“If you get caught in a rip, or you’re having trouble swimming, put your hand up and wave to the lifeguards. On the news the other night a lifeguard said ‘learn how to float’. If you’re caught in a rip, float and it will take you out and back in. A lifeguard or surfer will most likely see you floating and come help.”

“If their front lawn looks rough — it most likely has bindies. Do not run on it without shoes.”

“Foreigners drown all the time. Swim between the flags.”

“Check under the toilet seat for spiders — and always check for a snake. I know two people who have had snakes in their toilets.”

“Treat all snakes and spiders with the respect that they are likely venomous, until proven otherwise.”

“Be wary of large rivers. They may look calm, however the currents are super strong and debris (like fallen trees and branches) are commonly underneath the surface, which can drag you down.”

“Pressure immobilisation method for snake and spider bites, unless it’s a redback. If it’s a redback bite, let the venom run its course and keep hydrated.”

“Don’t walk without shoes on hot pavement or sand. Second degree burns to the soles of your feet aren’t fun. Don’t let your kids or pets walk on it either, at least without seeing if you can hold your hand on it without discomfort. Also, test all play equipment in warm weather, it heats up sitting in direct sunlight and can cause nasty burns.”

And finally, “Most Aussies have grown up constantly scanning the area around us for webs or movement. Once you do it for awhile, you won’t even notice you’re doing it.”

Did you learn any other survival skills growing up? Let us know below!

Note: Responses have been edited for length and/or clarity.