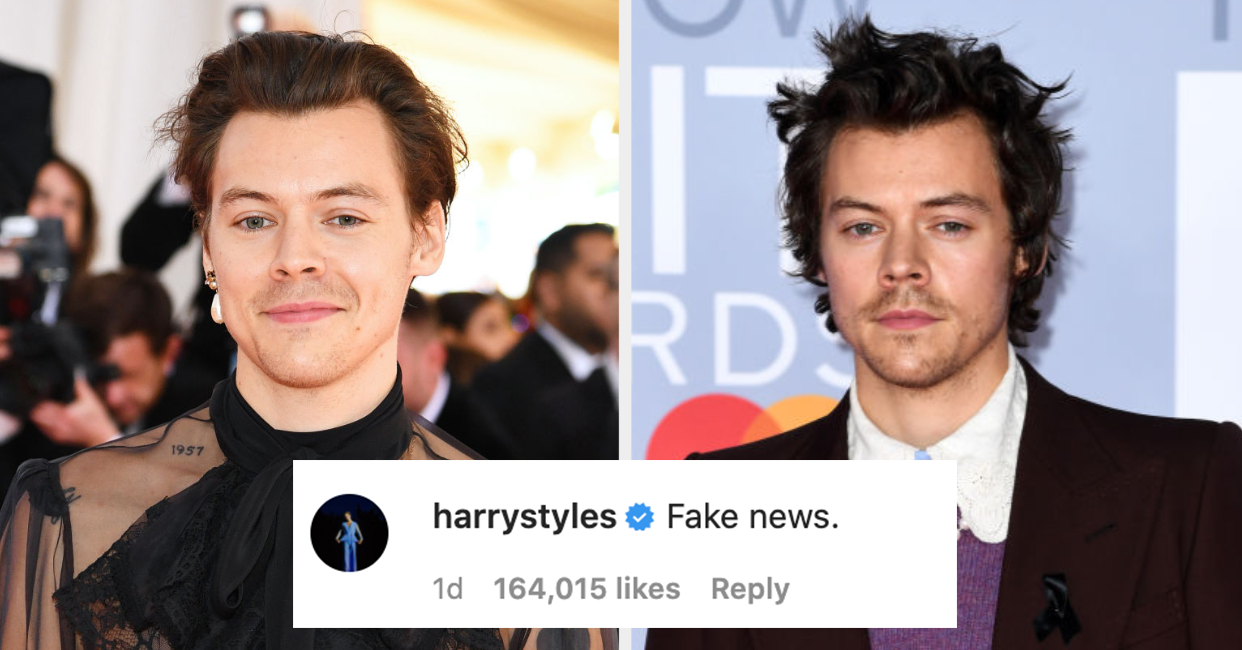 Hello, and welcome to another installment of Harry Styles’ Vogue cover!

Today’s update started when producer Kid Harpoon Instagrammed his inclusion in Variety’s 2020 Hitmakers, which was for his work on Harry’s “Adore You” and “Watermelon Sugar.” The caption? “Bring back manly men 🍌.”

Of course, this is a reference to Harry posting a photo of himself eating a banana with the same caption earlier this week…

…Which was a clap-back to conservative pundit Candace Owens tweeting, “Bring back manly men” in response to Harry’s Vogue cover.

Harry responded to the IG, writing, “Fake news” and “Stop the count.”

Even Harry’s manager got involved:

I’m not going to say that this is making fun of any one Republican…but I do know one pundit who’s certainly complained that the 2020 Presidential election was, “rigged”* (amongst many other things) on Twitter.