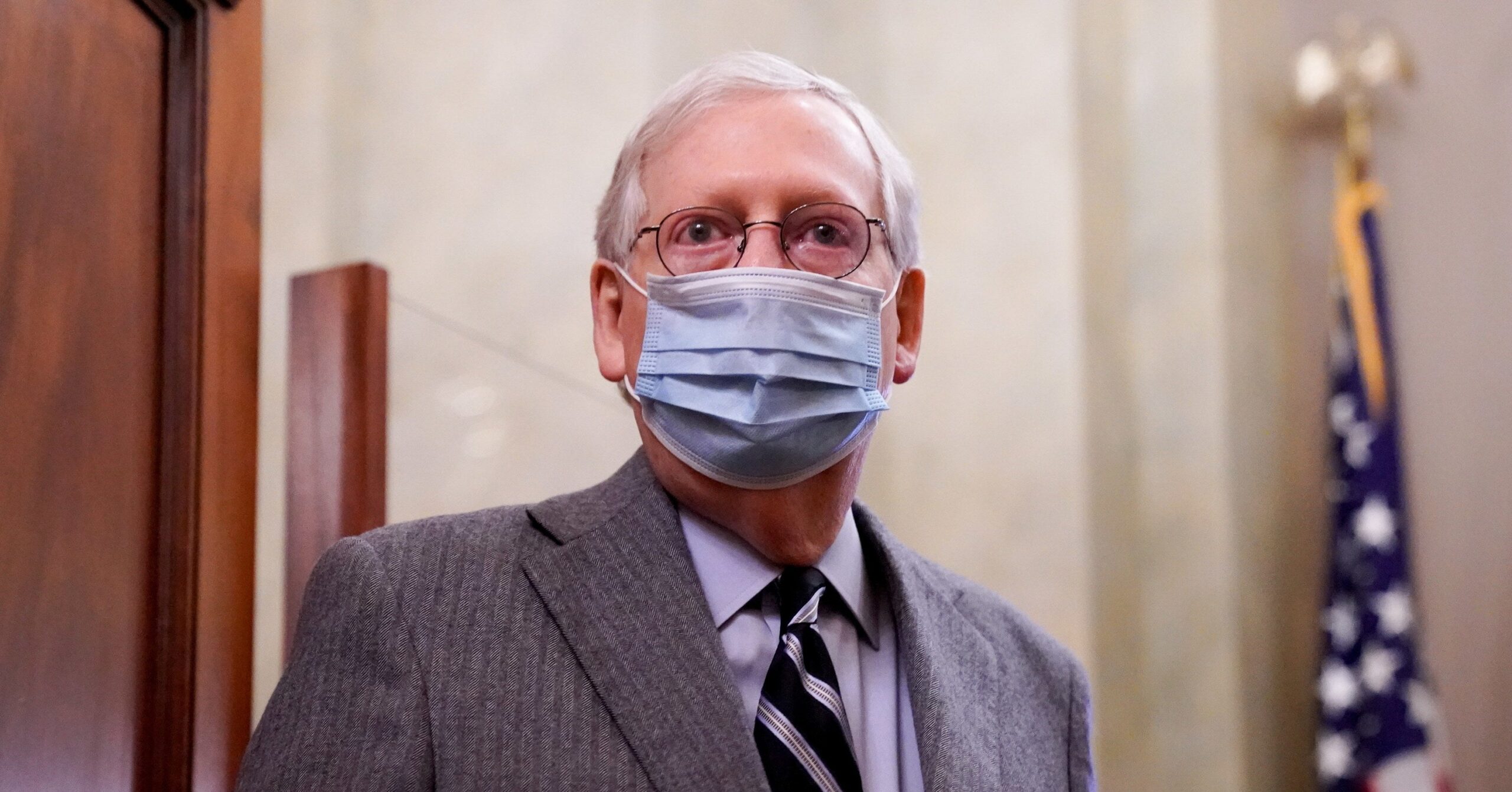 WASHINGTON — Employers will no longer have to provide paid sick leave to workers who get infected with COVID-19 after Senate Majority Leader Mitch McConnell blocked that extension from being included in Congress’s latest coronavirus aid package.

BuzzFeed News previously reported that McConnell was pushing to block the paid leave mandate from being extended. Congressional aides in both parties confirmed Monday that the extension was left out of the aid bill as a concession to McConnell.

The bill does extend a refundable tax credit that fully subsidizes the cost to businesses of paying out sick leave until the end of March. Essentially, the federal government will continue to foot the bill for businesses that offer paid leave over the next three months, but it will be optional for businesses to opt into this program and let their employees take time off.

The bill is set to pass on Monday night and President Donald Trump is expected to sign it into law soon thereafter.

Back in March, the paid leave mandate was projected to cost $105 billion. But as of the end of October, businesses had only claimed $1.3 billion in tax credits, according to a Health Affairs study. The study found that paid sick leave lowered the spread of COVID and projected an extension of four to six months would cost $8 billion to $13 billion. That would be about 1% of the cost of the $900 billion package passed Monday.

A Senate Republican aide said that a deal on a COVID aid bill could have been reached Saturday night, but House Speaker Nancy Pelosi held it up because an extension of the paid leave mandate was not included. The aide said Pelosi held out until Sunday when she settled for the tax credit alone to be included.

Democrats said they would keep pushing for paid leave. The party hopes to pass another COVID aid bill next year after President-elect Joe Biden takes office in January.

“Businesses can use these tax credits to provide paid sick days to their workers, and I hope they do — but it’s not nearly enough,” said Sen. Patty Murray, the top Democrat on the Senate Health Committee. “This crisis has made it clearer than ever why paid leave for every worker is so important to families, communities, and our economy as a whole.”

State and local governments were not eligible to receive that subsidy but were still mandated to offer paid leave. That mandate will end in the new year.